Kayseri puts a smile on the faces of Bilge orphans
Volunteers from Kayseri branch of the IHH Humanitarian Relief Foundation visited the orphans in Mardin’s Bilge village who lost either one or two parents in an armed massacre which took place in the v
Turkey 22.03.2011 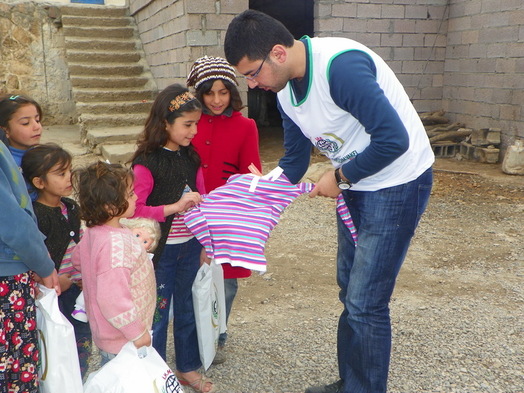 Erdoğan also noted that the IHH wanted to show that the orphans in the Bilge village are not alone with this visit adding that the foundation will always continue to support them financially and morally.

The children who received presents from the volunteers of the IHH’s Kayseri branch offered their thanks to the volunteers. The IHH volunteer team left the region after visiting the graves of the people who were killed in the 2009 massacre.