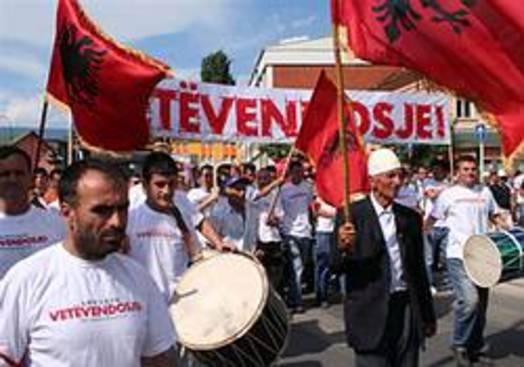 Hashim Thaci declared independence of Kosovo with unanimous support of 109 Kosovan lawmakers 96 years after the region split with the Ottoman Empire.

The Kosovo War ended after NATO bombardment for 78 days between 1998-99 and the breakaway Serbian province gained de facto independence. Kosovo officially remained part of Serbia with the UN resolution number 1244; however, it was administered by the UN Mission in Kosovo and policed by NATO Kosovo Force. After talks on the status of the region failed, Kosovo started to count days to unilateral declaration of independence. Negotiations led by former Finnish president Marti Ahtisaari came up with gradual independence for Kosovo under UN supervision in Feb. 2007. Serbia rejected the offer, while ethnic Albanians welcomed it.

When involved parties failed to agree on the plan worked out by UN’s Ahtisaari, Kosovo declared independence with the support of the United States and a number of European Union countries. Kosovo became the youngest Muslim state in the Balkans with 95 percent of its population being Muslim. Turkey and other Muslim countries are expected to be the first countries to recognize Kosovo’s independence.