Many citizens attended the protest organised by the Egypt Solidarity Platform. Participants set off to Bebek from Eminonu and Uskudar in ships, opposing the Egyptian consulate.

Protester groups showed a projection of Muhammad Mursi and Rabia signs against the consulate building from their ships and chanted against the execution sentences. Afterwards, protesters approached the shore and gathered around the consulate building with poster saying “Is the world going to keep still to this cruelty?” and continued their protest by chanted “Go away, Sisi. We are with you, Mursi,” “Don’t Worry, don’t give up, Allah is with you,” “Murderer Sisi, Murderer Bashar” slogans. Egyptian citizens living in Turkey also supported the protest rally.

Speakers who attended the protest rally criticised coup decisions and demanded the cessation of the death sentences.

Bulent Yildirim: “We will strive against Israel in Egypt as well.” 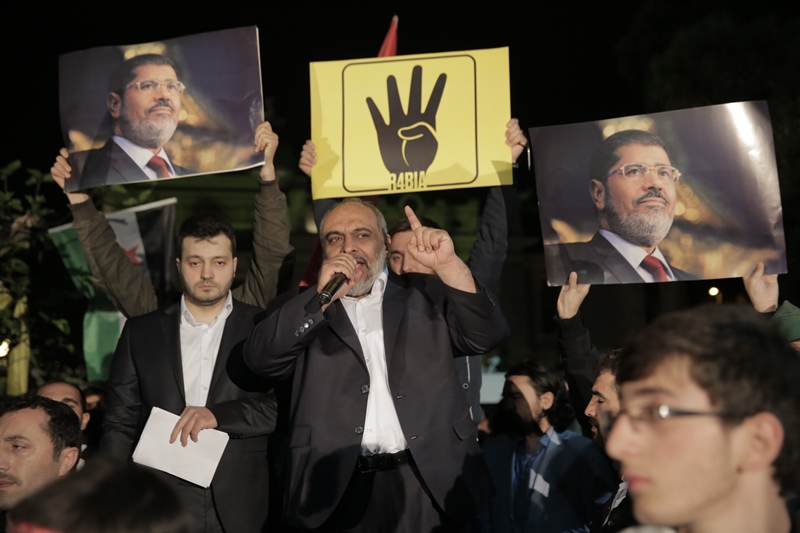 Rasit: “One person, before the death sentences was given, died three years ago.”

Former Egyptian Parliamentarian AdilRasit who also stated that the death sentences are the beginning of their end and that these decisions are going to humiliate them.

Rasit, explaining how there is a man among those sentenced to death that died three years ago, said, “Did the commissioner ever examine the names that were presented to him? Did he know that one of them died three years ago? Another person who was sentenced to death died in Rabi’a al-Adawiya Square. Today, Egyptian administrators are fulfilling all of Israel’s and its supporters’ desires and wishes. Do you think you are going to scare us with death sentences? We are not afraid of death sentences.”

Independent Thought and Education Rights Association President Ridvan Kaya, who spoke at the protest, began his speech by saluting resisting Muslims in Egypt, Syria, Palestine and Afghanistan. Kaya emphasized on the death sentences given by the Egyptian junta and how they have no limit when it comes to cruelty and that this is a sign of desperation.

“They plan on deterring the general public by daunting them with massacres, imprisonments and torture. But they will not reach their goals because our Egyptian brothers possess spirits of resistance,” said Kaya in his speech and also touched upon Muhammad Bedie’s attitude, “Muhammad Bedie, whose son was murdered, house was burned and who was tortured, once said, ‘we will never turn back from this path’ and by doing so proved that the Egyptian Islamic movement is one to be proud of. 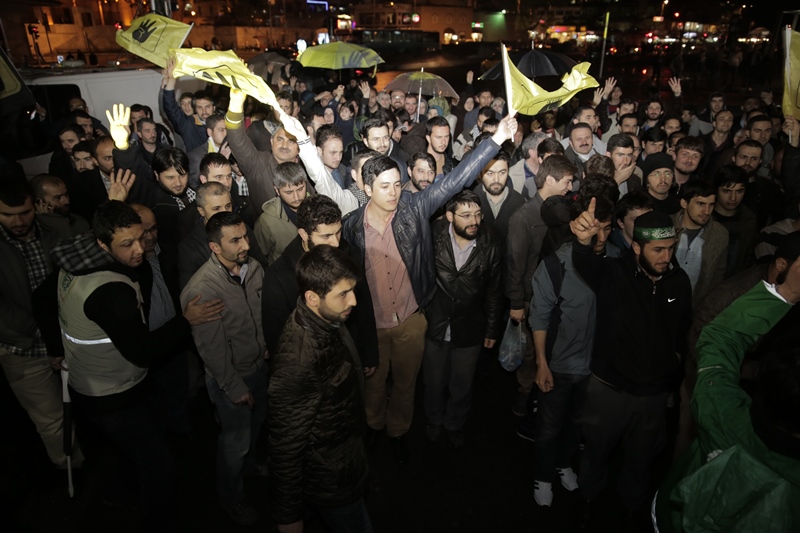 In pursuit of their two friends being set free, the Egyptian citizens who entered the consulate’s garden put an end to their protests.