Aid for Aggrieved People of Libya
IHH Humanitarian Relief Foundation has delivered aid as winter blankets to refugee camp where people of Tawergha residents who were forced to leave their home seven years ego.
Algeria 15.01.2018 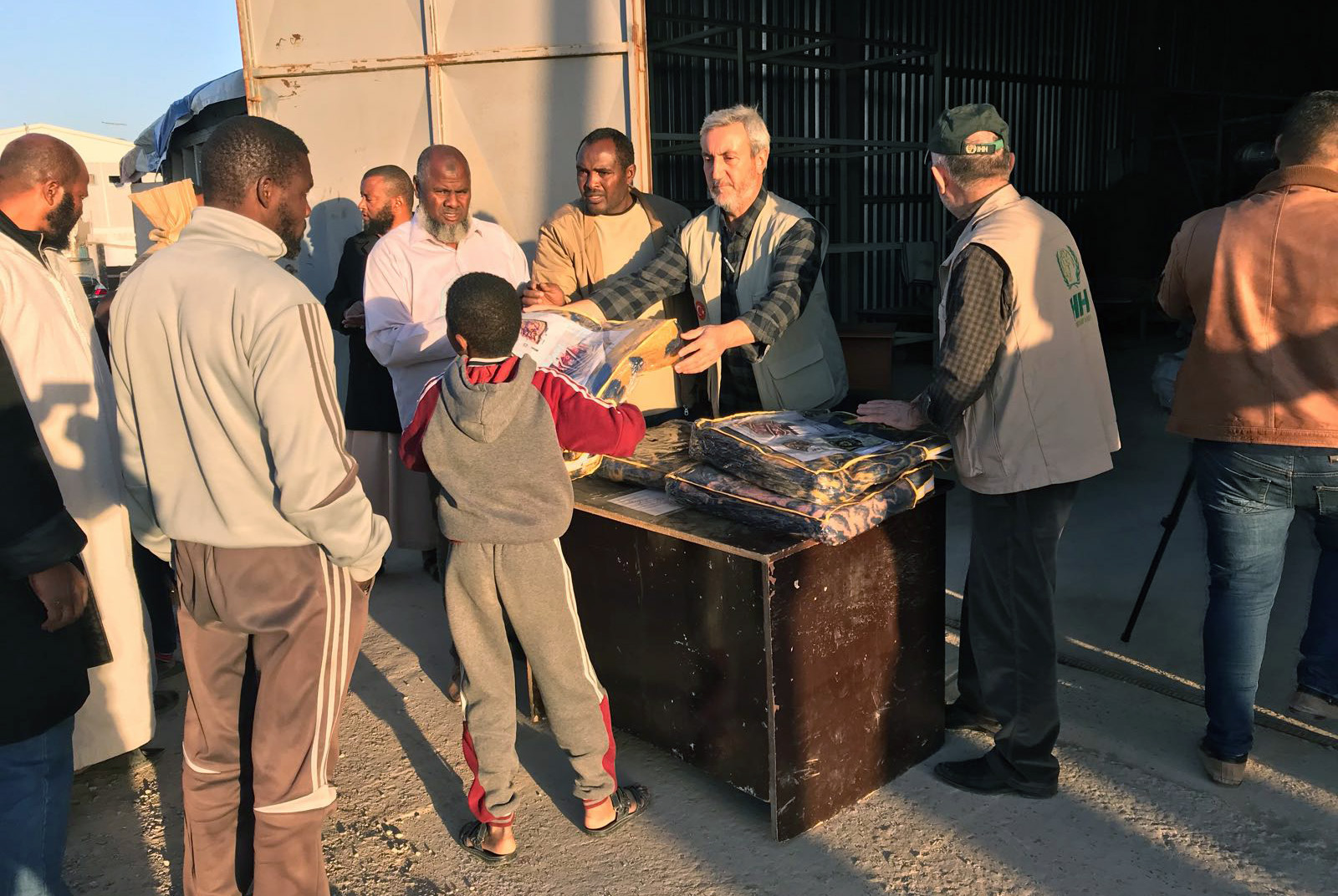 IHH Humanitarian Relief Foundation is continues to bound relations with aggrieved people of Libya since the 2011 revolution. In this context, IHH Humanitarian Relief Foundation has conveyed welfare work to the people who were forced to migrate from the northern city Tawergha and still struggles to live at the Al-Falah Refugee Camp at the capital Tripoli .

IHH Libya commissioner Rafet Aydogdu declared they have been delivered 350 blankets to the families at the camp initially. Stating the foundation has continued operations for 7 years; Aydogdu said they have visited the camps where domestic refugees from Tawergha took shelter in and they’ve provided aid. Aydogdu added their endeavor for all aggravated people is going to remain until all their needs are required.

A vast majority of the people of Tawergha tried to survive at the refugee camps at Tripoli, Benghazi and Ajdabiya…