Malatya campaigning for aid to Syria and Gaza
The people of Malatya have sent 8 aid trucks to Syria and 120.000 TL financial aid to Gaza.
Palestine, Palestine-Gaza, Syria 27.09.2014 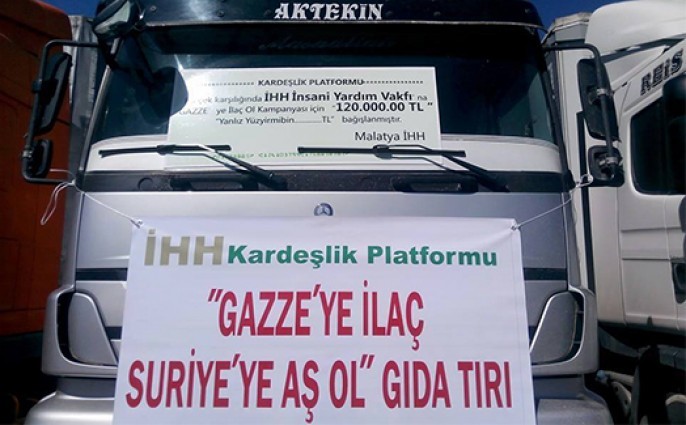 A send-off ceremony for the aid trucks that will head to Syria was held in front of the Malatya Municipality building. IHH Malatya representative Ömer Derin, AKP Malatya Yeşilyurt President Bayram Taşkın, head of the municipality Hacı Uğur Polat, head of the youth branch Ebubekir Keskin and so many locals participated in the ceremony.

IHH Malatya representative Ömer Derin delivered a speech and said: “Today we are here to send off the trucks loaded with aid we have collected through the “Medicine to Gaza, Food to Syria” aid campaign we have initiated as a part of Solidarity Platform for which the goal is not to remain silent against the oppression in Gaza and Syria.” He also added that “We learnt from our history, from our ancestors, and religion to be by the side of the oppressed no matter who he is, and to stand against the oppressor no matter who he is.”

AKP Malatya Yeşilyurt President Bayram Taşkın asserted that “Syrians are facing adversity and life threat. We cannot remain silent against the suffering of our brothers. I would like to thank all who gave support to this campaign.” 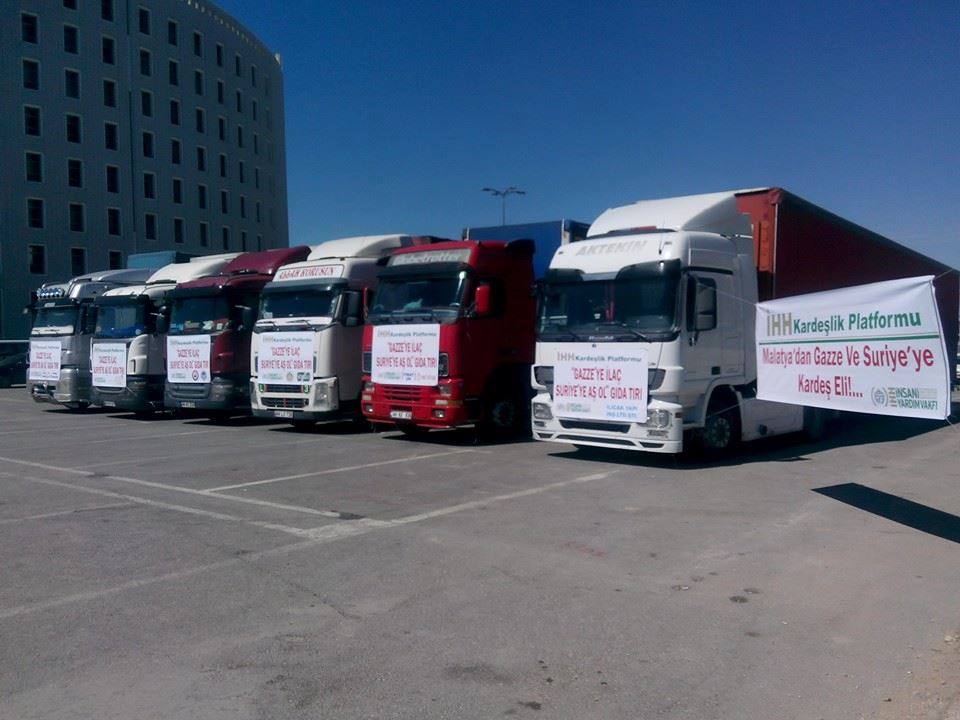 Head of Malatya Battalgazi Municipality Selahattin Gürkan also added “It is important to help our Muslim brothers in Syria and Gaza. Our approach to the refugees in our country and abroad in line with muhajereen and al-ansar relationship reflects our nation’s solidarity in history.”

“These aids show that Turkey is a great nation" said the head of the Malatya Yeşilyurt municipality Hacı Uğur Polat.

“We cannot live in comfort and peace when there is fire in our neighbour’s home. This benevolent and good hearted people of Malatya have demonstrated it well” he added.

After the speeches the mufti of Malatya Ümit Çimen prayed as follows: “May God grace all our brothers and sisters who put in their efforts to collect this aid for Syria, Gaza and Palestine. May these aids and prayers of our nations help ease the pains and problems suffered there.”

The head of the Malatya Yeşilyurt municipality Hacı Uğur Polat and the head of Battal Gazi Municipality Selahattin Gürkan handed over a 120.000-lira-cheque to Mr. Deirn. Eight aid-trucks of flour headed to Syria after the Friday prayers.