Mavi Marmara Set Sail To Palestine
Passenger ship Mavi Marmara set sail with activists onboard from Antalya harbor where it had been anchored for 5 the last five days. The ship has left the harbor at 00.30 a.m.. Peace activists were ci
Palestine, MiddleEast, Turkey 28.05.2010 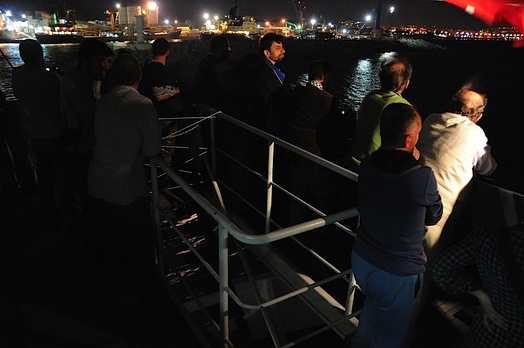 Activists on the flotilla delighted with joy and excitement as the ship was leaving. 560 activists on Mavi Marmara expressed their joy as they finally set sail after waiting for the European ships for a number of days. Bulent Yildirim, President of IHH, said “May Allah be with us and may this campaign be successful and well worth the efforts.” 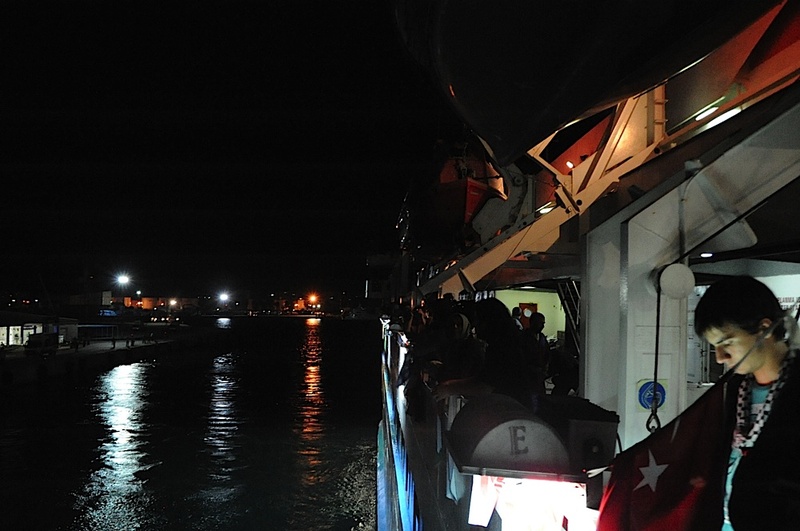 Dr. Akram Kassab, Islamic Law Advisor of Egypt led a common prayer during the departure. The ships carry activists from over 50 countries. 25 MPs from various countries are onboard as well. Mavi Marmara carries 10,000 tons of humanitarian aid cargo including medicines, medical supplies, prefabricated homes, children’s playgrounds, cement, iron bar…etc. in addition to a significant number of activists onboard. The ship will meet up with the rest of the flotilla near Cyprus in international waters.

The ships are expected to arrive in Gaza on Saturday. Flotilla campaign has received enormous support from all over the world in its course of breaking the embargo which has been imposed on Palestine since 2006. Israel is expected to become subject to heavy protests by the world public in case of a possible interception of the flotilla.