New homes for refugees in Darfur
IHH had launched a "housing project" to find a solution to the housing problem for refugees who are living in poor makeshift tents at refugee camps in Darfur. As a result of the project IHH constructed 74 more houses.
Africa, Sudan 26.11.2015

IHH has constructed 74 more houses to find a solution to the housing problem for refugees who are living in poor makeshift tents at refugee camps in Darfur.

The armed conflict that has been ongoing since 2003 in Darfur has left millions of people living in refugee camps. Due to the conflict the conditions of refugees who are living in refugee camps in the Nyala region are quite hard as it is complicated to access water. Families who do not have tents are living in very poor conditions. Due to the housing problem IHH Humanitarian Relief Foundation has launched the "Housing Project". 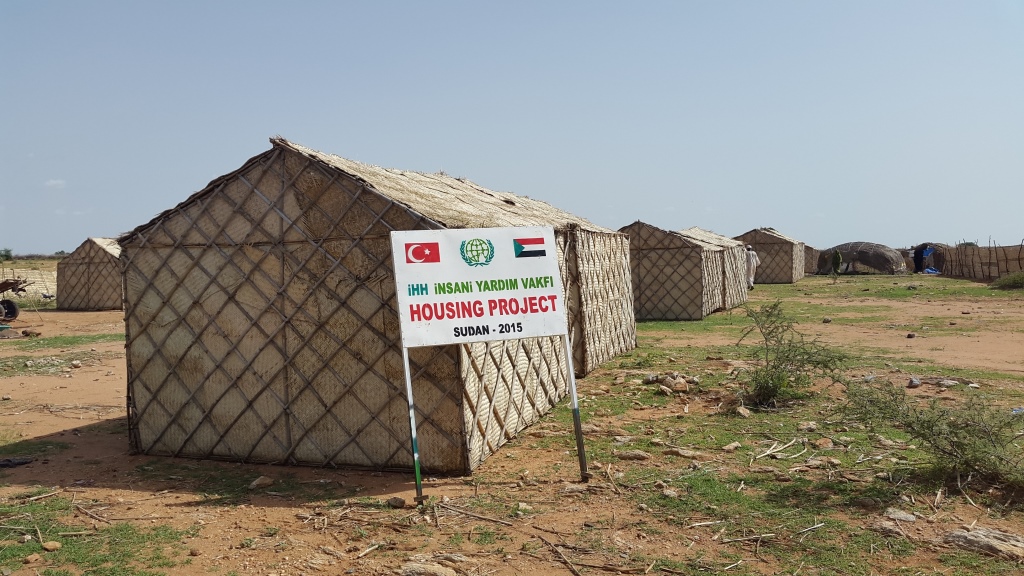 In order to find a solution to the refugee housing problem 148 houses were constructed in the Amgonya region in Darfur.

74 percent of the houses were handed over to families by IHH teams during the 2014 Ramazan programs in Darfur while the rest were given to families as IHH teams went to the region.

Houses that are made out of woven reed mats have two rooms of 3X3 by 5 meters in size, covered with a tarpaulin roof, each house has a 200 square meter courtyard and the floors of houses are covered with straw. Although the houses are quite simple according to Turkey's housing standard, they are really spacious, comfortable and built to withstand compared to other houses in the region.

IHH Humanitarian Relief Foundation is also planning to construct a school, water well and a mosque.

Darfur which is located in western Sudan is witnessing a serious humanitarian crisis as it has been stuck between a conflict since 2003. In order to find a solution to the conflict that has left 2 million people as refugees, meetings are being held in Qatar. However, armed groups who are in power in the region are taking part in these meetings. Due to the intense armed clashes between rebel groups and the Sudanese army the general insatbility of the country is reflected in different ways.

Darfur which is almost forgotten by the whole world is witnessing the biggest humanitarian crisi in Africa at the moment. Darfur region which is an area of approximately 500 square kilometers resembles an open-air camp. The number of those who had to leave the region in 2013 was around 380,000. 3.5 mllion people across Darfur live in need of help. Many are currently living in refugee camps in big cities like Al Fashir, Zelinge, Nyala, Cenine and El Daein.

At the start of 2014 the armed clashes in the south and north of Sudan forced 215,000 people to flee. Areas such as Um Gunya, Khor Abeche and rural settlements in Saraf Omra witnessed intense clashes between rebel groups and the Sudanese army. Those who had to flee their homes were forced to seek refuge in camps to start a new life. The humaitarian crisis in Darfur that is still ongoing since 2003 is not likely to end due to the current circumstances.