New Weapon of Cruel Assad Regime
The head of Syrian National Coalition’s Assistance Coordination Unit, al-Atassi said that the UN, transferring humanitarian relief to many places of the world, cannot send even bread to the people living under the blockade of Assad regime.
Syria 17.01.2014 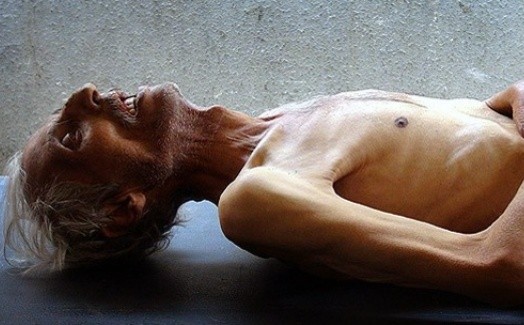 The head of Syrian National Coalition’s Assistance Coordination Unit (ACU) Suheir al-Atassi expressing that the United Nations (UN) entered all regions of Syria for chemical weapons, said that “It cannot send even bread for people living under the blockade. This is a big shame of the UN.”

In the statement that she made to the journalist of AA, al-Atassi said that there has been a civil war in Syria and various regions are under the blockade.

Expressing that the UN has an agency transferring aid to various countries, even it tried to transfer aid to the places that are under the regime’s control, it couldn’t achieve it.

Calling the UN to help people in Syria, al-Atassi said “The UN entering all regions of Syria for Chemical Weapons cannot send even bread for the people living under the blockade. This is a big shame of the UN. If the USA wants, it can put pressure on Russia. It can pick out chemical weapons. We ask to the UN: What is the will and power of the USA? What is its role in the world? When is it going to play this role?”

He is using hunger as weapon

Mentioning that they were invited to the Geneva 2 Conference, al-Atassi said that people are dying in Syria so they will not participate in the conference.

Calling the authorities in the world for help, al-Atassi said that “Put a pressure on Russia and Iran. If you make a pressure, you can lift this siege.”

Describing the regime as “brutal”, al-Atassi continued as:

“Nobody has ever seen such kind of a brutal regime till now. This regime hasn’t used only chemical weapons in Syria, it is also using hunger weapon on its own public. In the regions which has been under siege there is countryside of old Homs and Damascus, especially in Muhayyen and Yermuk, in Damascus, there are people dying of hunger. The regime soldiers are seeing before their eyes that children are dying.

This cannot be called as a regime. Therefore there should be a big pressure, an international pressure.”
Arguing that if the incidents being experienced in Syria would be experienced in other countries, authorities in the world wouldn't remain silent, al-Atassi noted that Assad must be judged in the Hague.