NGOs convene in Cairo for help to Syrians
A number of important analyses were presented at a meeting of IHH and NGO representatives in Cairo.
MiddleEast, Syria, Turkey 16.03.2012 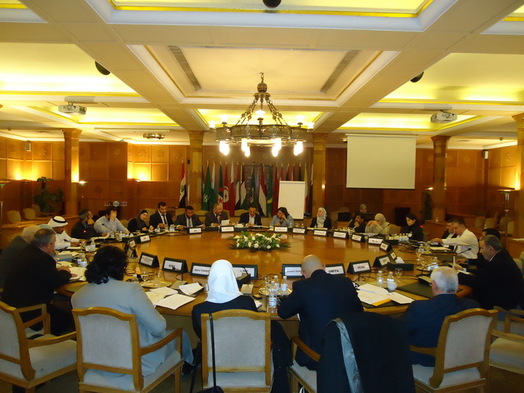 Hosted by the League of Arab States, Organization of Islamic Cooperation and The Humanitarian Forum, the meeting to coordinate aid delivery to the Syrian people was held in the Egyptian capital Cairo at the Arab League Headquarters.

Representatives of the organizer bodies and Arab League Secretary-General Nabil al-Arabi delivered speeches at the opening session. Al-Arabi summarized the efforts of the Arab League, both within the organization and on the international arena, to resolve the ongoing crisis in Syria and ensure the safety of the people.

The opening speeches were followed by presentations about the situation and needs of the affected people inside Syria and refugees in neighboring countries. İzzet Şahin, IHH International Affairs Coordinator, also made a presentation on the situation of Syrian refugees in Turkey. Large numbers of Syrian refugees sought shelter in Turkey following the outbreak of protests and despite intermittent drops in the number of new arrivals the total number has risen sharply after the crackdown on the city of Idlib, Şahin noted.

“Basic needs of refugees arriving in Turkey are met by the Red Crescent and IHH; however, the real problem is inside Syria borders. IHH is ready to deliver humanitarian assistance to the affected people in Syria through a humanitarian aid corridor.”

Şahin informed that the Syrian refugees in Hatay Province are accommodated in tent camps, city center and nearby villages and added about ten thousand refugees would be transferred late this month to container houses set up in Kilis Province.

“We are preparing to offer shelter to more Syrian refugees, but what we hope is an end to attacks that compel people flee their homes, a halt to the bloodshed and rebuilding of lives,” Şahin said, adding the foundation was only working to help civilian population independent of political agendas, which he reminded was a humanitarian duty.

A number of workshops were held about delivering relief to the Syrian people, principles of relief aid, health and food aid.

A common point about the representatives was their inability to deliver assistance inside Syria even though month-long siege and fighting in Syrian cities have deprived the people of basic necessities.

The speakers recalled that even in inter-state wars civilians are protected and aid channels are kept open, while the Syrian authorities have so far failed to grant permit to any NGO to deliver aid.

The representatives also urged UN and Arab League envoy on Syria Kofi Annan to discuss the opening of an aid corridor in his talks with the Syrian regime.

A number of recommendations were issued to decision-making bodies and international NGOs. The meeting recommended: