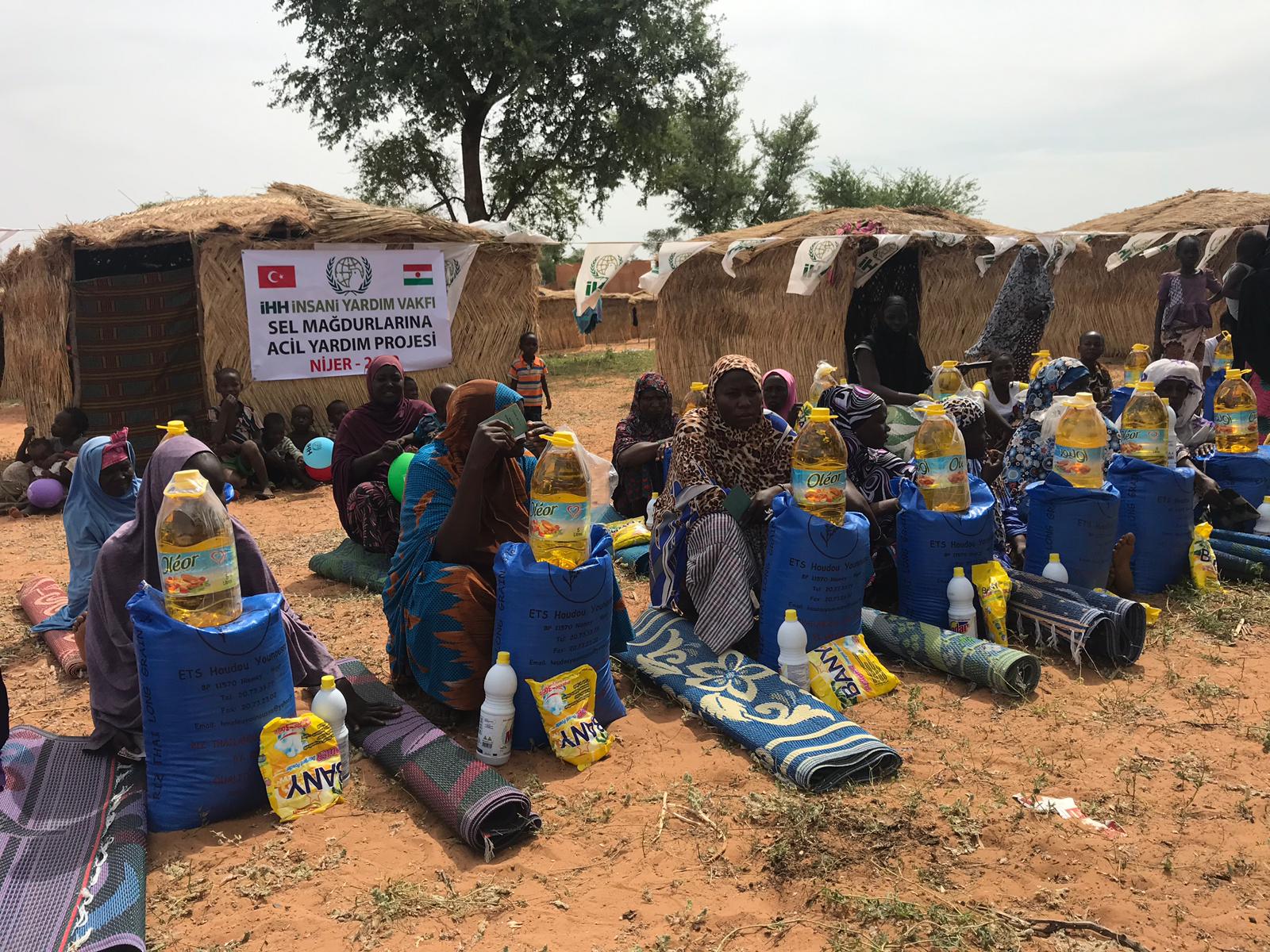 Life was badly affected in many regions including Niger’s capital Niamey and Maradi due to the heavy rainfall since the beginning of August. Most of the reed houses became unusable, and about 100,000 people were affected by the flood. At least 2,000 people became homeless. And to make matters worse, more than 50 people lost their lives due to the floods. Thousands of animals also died. 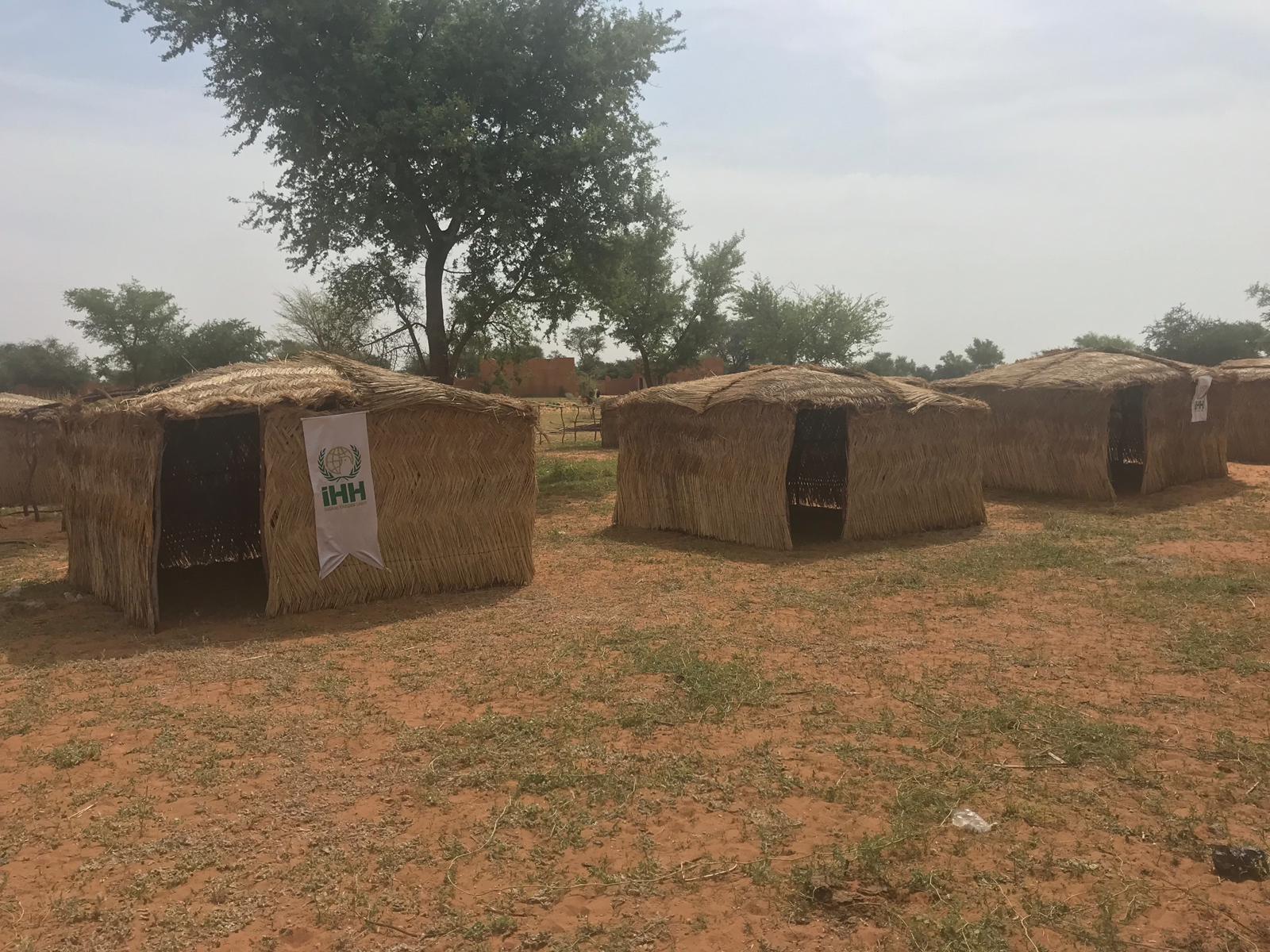 IHH Humanitarian Relief Foundation built 138 reed houses and distributed food and hygiene packages in the regions of Harobanda and Kirkissoye located in the capital Niamey. In the Kolla, Koira, Tonga and Gotheye villages of Tillabéri, reed houses were built for 62 families and food and hygiene packages were also distributed. Within the scope of emergency aid activities carried out in the region, 500 packages containing food and hygiene materials were delivered to families who were affected by the flood in Niamey and Tillaberi. In addition, cash assistance was provided to 120 families in need in various villages of Niamey. A total of 5,000 people benefited from these projects in the region. 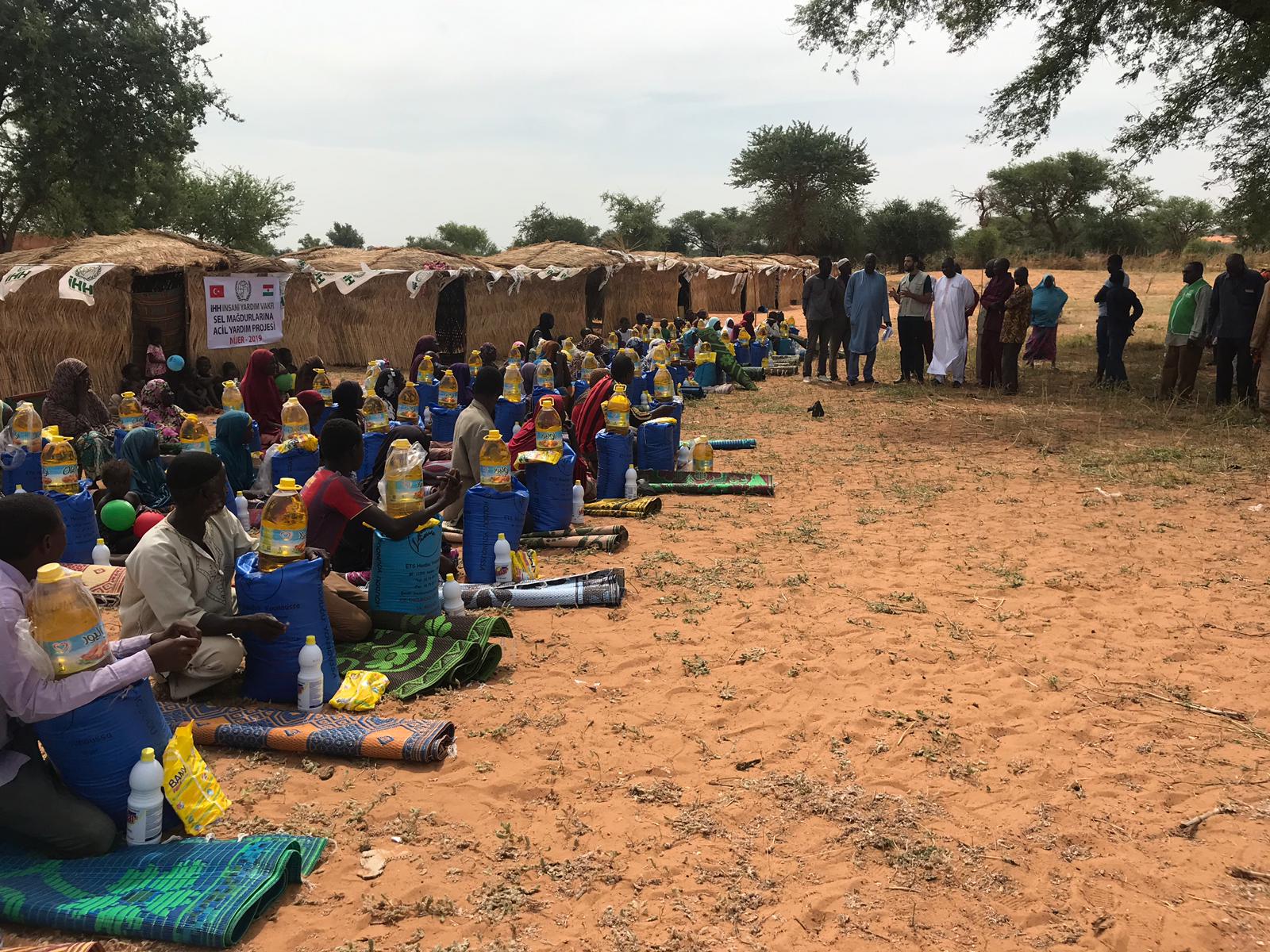 IHH, which supports victims and oppressed people around the world, will continue to help the flood victims in Niger. 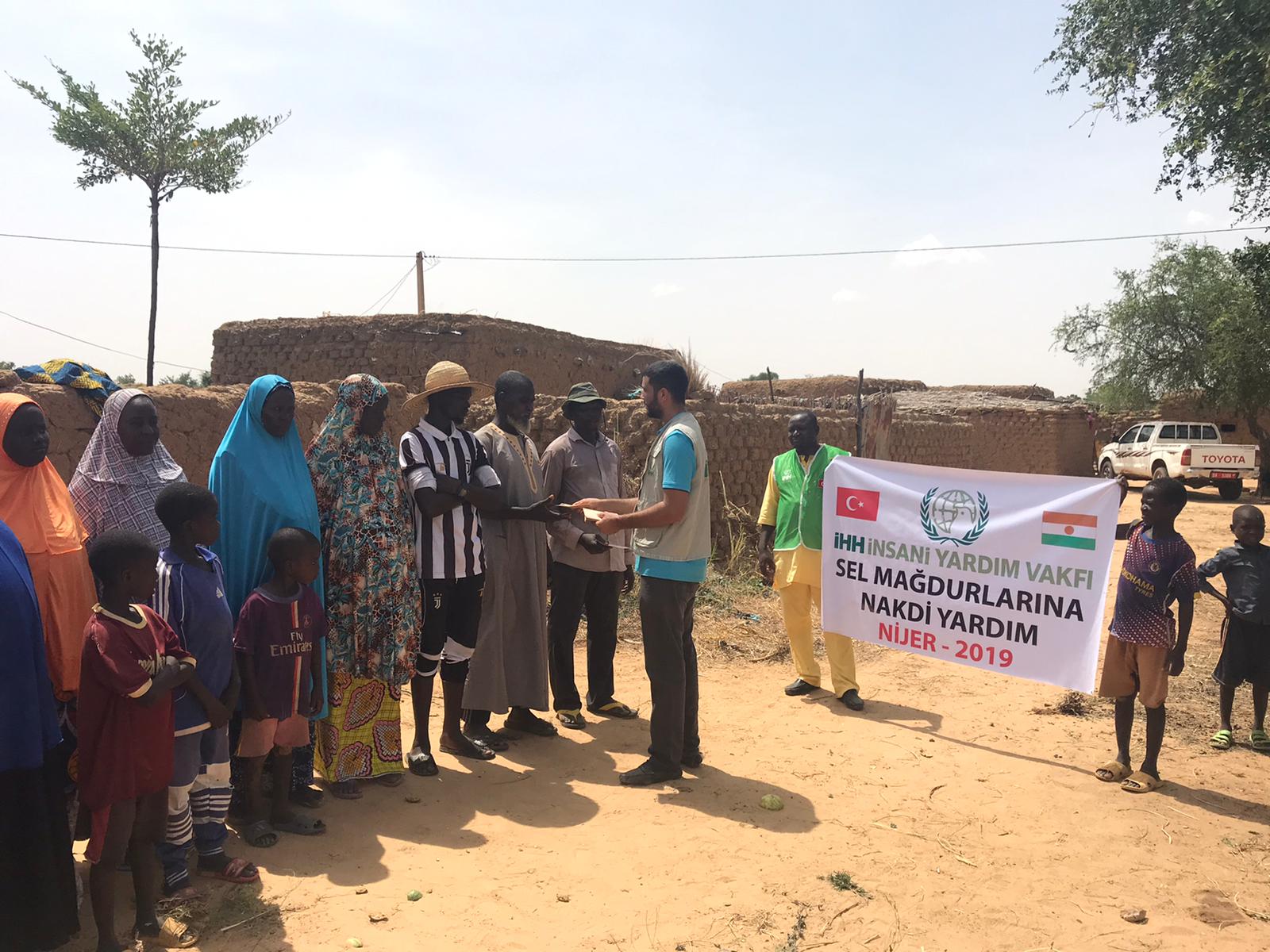 Donors wishing to help the Nigerian natural disaster victims through IHH can give their support by donating to the foundation’s bank accounts, simply type PROJECT CODE 11765 in the comment box.