Poland Qurban program
The IHH included Tatars in Poland in this year’s Qurban program. The foundation’s aid teams sacrificed 10 head of large cattle and distributed the meat to Tatar Muslims in Tukocin and a camp in Biavis
Europe 23.11.2010

Osman Atalay, member of the executive board of the IHH Humanitarian Relief Foundation, said they were visiting Poland to spend Eid with Tatar Muslims, who have been living in Poland for six centuries, and to discuss their problems face to face. AK Party MP Cemal Yılmaz Demir also took part in the program.

“Allah willing we will offer iftar dinners in Poland in Ramadan. Muslims of Poland need our support. Muslims here are free and have equal rights with non-Muslims. But they need material and nonmaterial cultural support to practice their religion and traditions.

Tatars need organized and academic support to help them pass on their traditions, practices, languages and religion to younger generations,” Demir said. 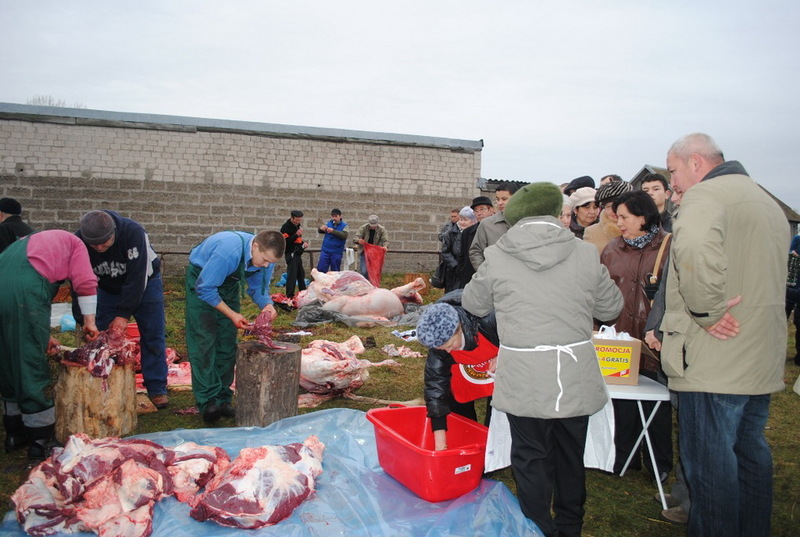 There are about 5,000 Tatars in Poland, which has a population of 38 million people. They came to Poland via Latvia in the 14th century and have been struggling to preserve their religion and culture. Weak ties with Muslim communities in other countries and alienation to religion, traditions and culture among young population are worrying Tatar elders.

Tatars are full citizens of Poland. They reside in Biavistok city and Bohoniki and Kursunyan villages close to Latvian border.

Tomasz Miskiewicz, leader of the Tatar Muslims and Biavistok imam, thanked the IHH and people of Turkey over Qurban program.