Press release by Mavi Marmara victims' lawyers
Israel’s attack on Gaza Freedom Flotilla (Mavi Marmara and other ships in the flotilla) on May 31, 2010 is being followed by our law office in the international arena. As the lawyers of the Mavi Marma
Palestine 03.09.2011 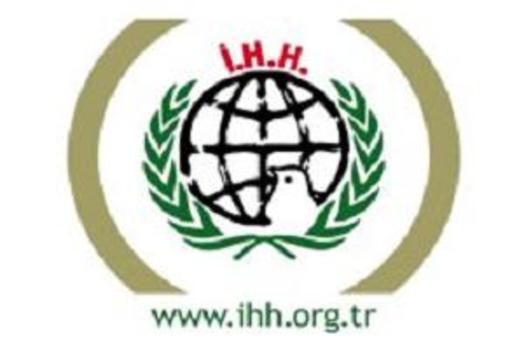 As everyone knows, the mission and ultimate goal of the Palmer Commission assigned by the UN Secretary General is to “positively influence the relations between Turkey and Israel and the general situation in the Middle East.” In this regard, Palmer report is significantly different from the UN Human Rights Council’s report on the Mavi Marmara incident and it is politically-motivated. The goal of the commission was to prepare a report which would help Turkey and Israel reconcile.

The commission is comprised of four members who include former Prime Minister of New Zealand Geoffrey Palmer, who was also the head of the commission, former Colombian President Alvaro Uribe, the deputy head of the commission, Israeli representative Joseph Ciechanove and Turkish representative Özdem Sanberk, a retired ambassador. For the commission to release its report, it was necessary for all its four members to reach a consensus on the report and approve of it. If no consensus is reached among the members of the commission, the report can never become an official report, it becomes null and void. In this respect, since the Palmer report has been rejected by Turkey, it has no legal validity, meaning that it is null and void.

In addition, we would like to remind everyone once again that as the lawyers of the Mavi Marmara victims, we conveyed our reservations about the impartiality of Alvaro Uribe, a member of the commission, to UN Secretary-General Ban Ki-Moon. Uribe is very well known for his pro-Israeli stance. In this regard, his impartiality and independence is highly controversial.

Uribe received the Light Unto the Nations Award on May 4, 2007 given by the American Jewish Committee (AJC), one of the strongest Jewish lobbying institutions in the United States. The AJC president introduced Uribe as a good friend of Israel and the Jewish community while he was presenting the award to Uribe. Moreover, an investigation was launched by the Hague-based International Criminal Court (ICC) against Uribe due to the mass crimes he committed while serving as the Colombian president and the investigation is still in progress.

The illegitimate and unjust actions of those perpetrating the May 31 attacks are so obvious that even the Palmer report, no matter its being legally null and void and the lack of impartiality of its members, admits that Israeli soldiers used excessive and disproportionate force against the flotilla passengers.

We have the ID information of some of the Israeli soldiers who carried out the May 31 attacks and we have been filing criminal complaints against them in local and international courts including the ICC and we will exert utmost effort to ensure that they receive the necessary punishment. We would like to remind everyone once again that on behalf of our clients, we filed criminal complaints last October at the ICC against Israeli officials for the war crimes and crimes against humanity they committed.

Finally, first as a human and then as the lawyers of the Mavi Marmara victims, we regret the leakage of the UN’s Palmer Report on Sept. 1, the International Day of Peace.