Qurban in Somalia
The IHH sacrificed 2,700 head of cattle in conflict-ridden Somalia and distributed to families in need.
Somalia 22.11.2010 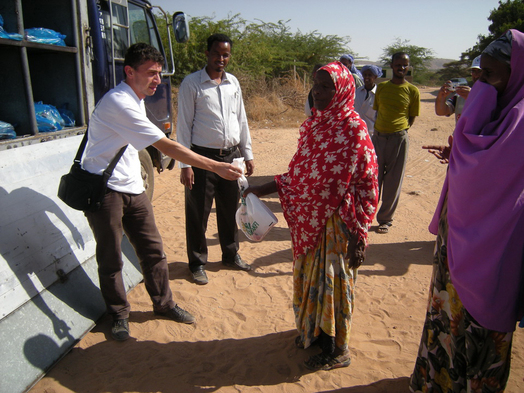 The IHH Humanitarian Relief Foundation prioritized regions hit by war and crisis in this year’s Qurban program that included 125 countries. The people of Somalia, which has suffered from foreign military interventions for years, had a brief moment of happiness with Qurban aid sent from Turkey. The aid teams slaughtered 2,700 head of cattle for Qurban ritual and distributed the meat to need families in all of Somalia’s provinces, particularly the capital Mogadishu.

The Eastern African country Somalia is having a power vacuum. The country is divided between tribes, foreign forces and local political groups struggling for authority. The struggle erupts into armed clashes almost daily, which have forced millions of Somalis to flee their homes and become refugees. The clashes that are centered in the capital Mogadishu and southern regions claim on average 10 lives a day.