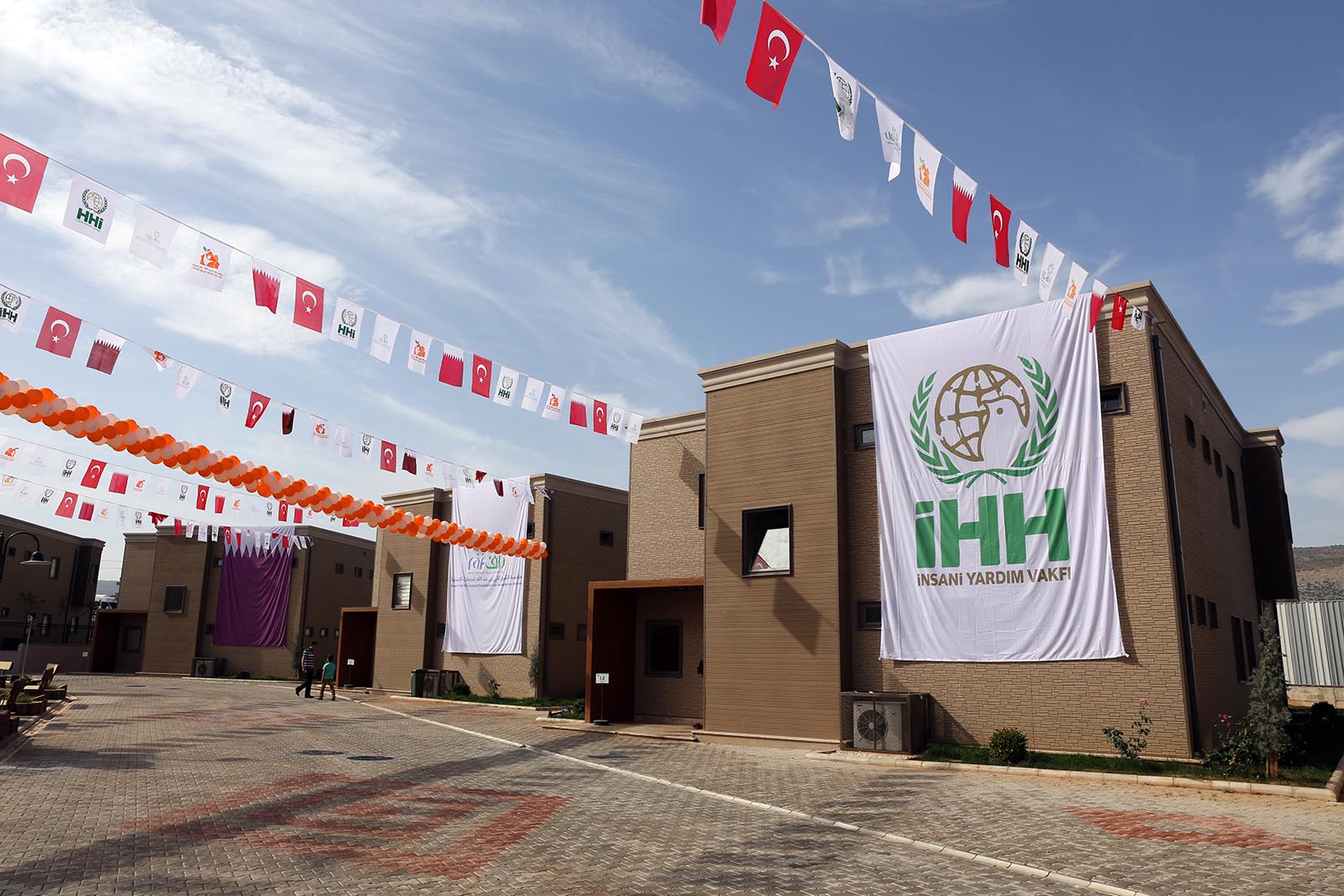 The Syrian war which entered its sixth year left over one million orphans behind. The orphan children while vulnerable against human traffickers and organ mafia and other life threatening situations do not receive the love and compassion that they so much need.

IHH, which is aware of the dangers awaiting orphans, realized this giant project with the goal to alleviate the suffering and pain of orphan children a bit. To this end in Antioch`s Reyhanli town IHH and its sponsor RAF organization established RAF-IHH City for Human Welfare that will meet all needs of orphan children primarily housing and education and including healthcare, psychological support, food, clothes and other miscellaneous things in a cosy home environment.

The Centre Opened with a Grand Opening Ceremony

RAF-IHH City for Welfare opened with a grand opening ceremony that saw a big turnout. High-ranking officials from both Turkey and Qatar attended the ceremony Orphans performed their talents during the event and those who worked for the establishment of the centre delivered a brief speech. Abd al-Baset who lost his both legs in Aleppo and Aleppo’s voice Bana al-Abed also attended the event as well. 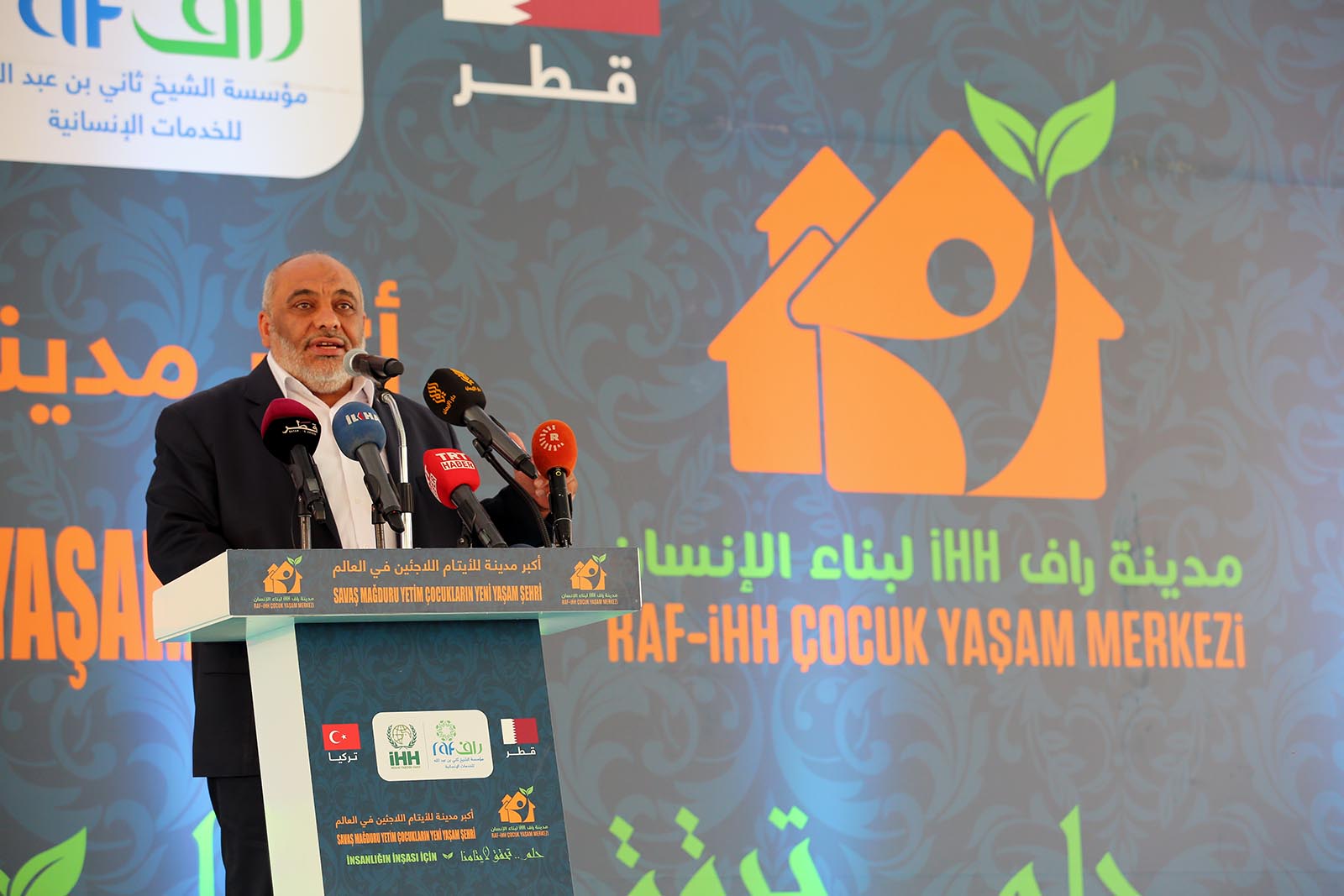 The event started off with the recitation of the Quran and followed by the promotional film of the facilities. After that IHH President Bülent Yıldırım took the stage to deliver his speech. He expressed his happiness for opening such a grand facility for orphans. Yıldırım said:

“Today I would like to thank all my lucky brothers who are with us today. Because having the opportunity to do something to care for orphans is a matter of luck. Because caring for orphans make our sins forgiven. I would like to thank Qatar organizations and especially Emir of Qatar for putting their best efforts to help the poor and helpless people since the first day of this war.

Today I am also to witness that when it is about orphans everyone comes together regardless of their differences. Look here today we have people from AK Party, from President’s office, and dear brother Temel from Saadet Party. Our president sends his regards to everyone. He asked to have the opening ceremony to be scheduled on 15th of Ramadan for Organization of Islamic Conference celebrates it as World Orphan Day. But on that day Emir of Qatar is not available. God willing we will hold our event when they can both attend. Last but not least I would like to give the good news that we established Orphan Foundation, which is going to carry out education and administration related work of this centre. So it is going to be a joint project of two foundations.”

“IHH is All Around the World”

Qatar RAF Humanitarian Relief Organization General Menager Dr. Ayedh al-Qahtani said “I would like to thank all who have come here today. I would also like to thank IHH and its president Bülent Yıldırım because IHH’s relief efforts are not confined to Turkey only but it is all around the world.”

Following the speeches orphans and guests took a family picture together. Later they visited the exhibition centre and the villas in the RAF-IHH City for Welfare followed by delivery of presents to orphan children.

18 Children Will Stay in Each 2-storey Villa

As a result of the protocol signed with the Ministry of Family and Social Policy the construction of the huge facility started on July 2nd, 2015 on a huge estate at the size of a village. In the RAF-IHH City for Welfare that is carefully designed for children 35 villas for boys and 20 villas for girls have been built. Each villa is 350 square meters and two storeys and designed to accommodate 18 children. It features bedrooms; a room for caregivers, and bathrooms upstairs while ground floor plan includes kitchen, dining room, study and reading room as well as playroom, ablution area and toilets.

The dining rooms in each house will serve as study rooms outside mealtimes. So each child will both be able to join social activities and do their homework.

Every Detail is Thought Out