Ramadan bounty in the Caribbean
IHH Humanitarian Relief Foundation teams that travelled to Haiti and Cuba for Ramadan aid efforts visited the Muslims in the region and delivered Ramadan food to them.
Haiti, Cuba 31.07.2013

The teams delivered 529 sacks of aid items to the people in need from a masjid in Haiti. They also delivered food to the Muslims in need in Cuba.

Staying in Haiti and Cuba, island countries in the Caribbean, for 13 days, IHH team members shared their impressions from these places, which are far from Turkey.

There is intense interest in Islam in Haiti

Abdullah Kibritçi, an IHH member who was in the region for aid efforts, said: “There is a lot of interest in Islam in Haiti. Imam Irfan, who is the imam of Haiti’s largest masjid—the 100-person capacity Tawhid Masjid, told us that three or four people convert to Islam every Friday. Those who convert to Islam are mostly youths aged between 15-25.”

Noting that interest in Islam grows every passing day in Haiti, Kibritçi said: “Muslims have difficulty even paying for the rent of their masjids. The biggest wish of the Muslims, who have not yet have a mosque, is the construction of a place of worship where they can come together and pray easily. It is not only a mosque what the Muslims in Haiti need, they also need books on Islam.” 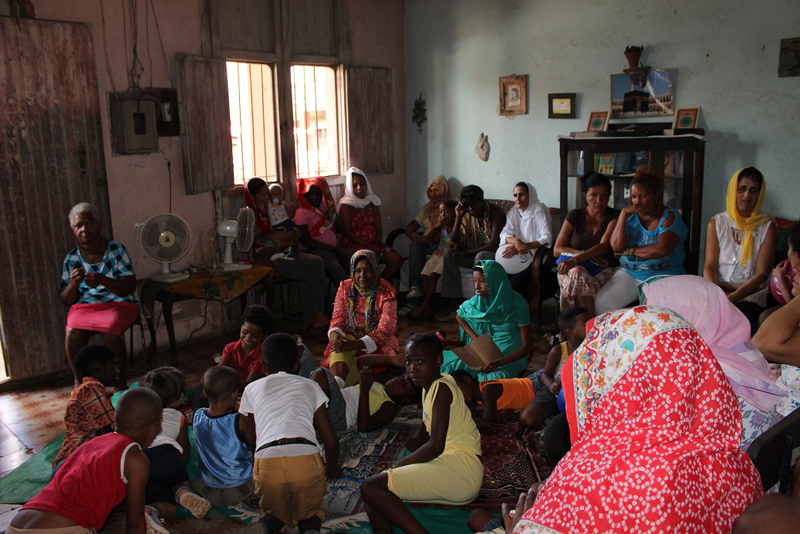 As for Cuba, Kibritçi said there is no masjid or mosque in the country. “There are around 500 Muslims in the center and other cities of Cuba which is ruled by socialism. Muslims gather in several houses in order to perform Friday prayers. Cuban Muslims also want to have a masjid or mosque but there are many legal obstacles in front of them.”

Talking about aid efforts in Cuba, Kibritçi explained: “With Imam Yahya, who is the official religious leader of Cuban Muslims and also our partner, we delivered aid items to the Cuban Muslims. We took the food packages of ailing Muslims who cannot go out, to their houses. In addition, we also took relief to the Muslim families in Matanzas which is in a distance of three hours.”

IHH teams which delivered aid items from Tawhid Masjid, al-Fattah Masjid, Yasin Masjid, Haiti Islam Masjid, al-Fatiha Masjid and Noor Masjid in Haiti, distributed 529 sacks of aid in total. Our teams then moved to Cuba from Haiti where they delivered food relief to the families in need. 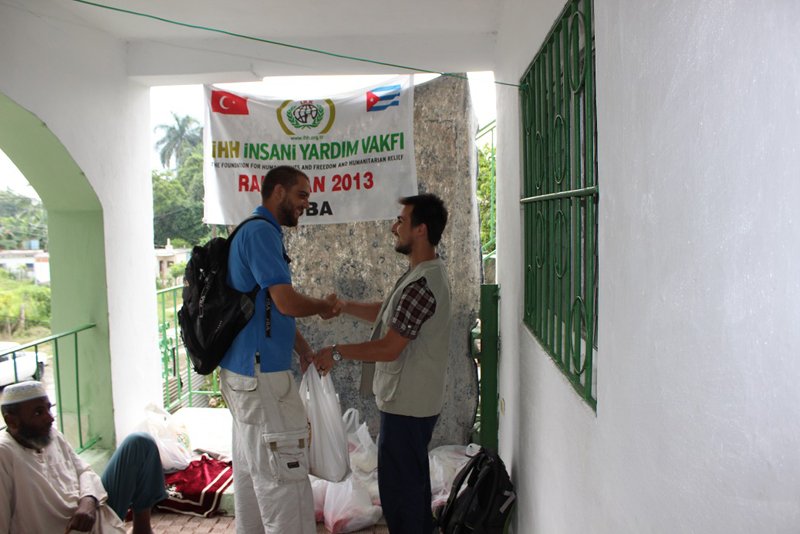 One of the Cuban Muslims, Ismael, was speaking a little bit of Turkish with our team with which he established a warm dialogue.

Tawhid Masjid is one of the most central masjids where new people convert to Islam every Friday. Haiti. 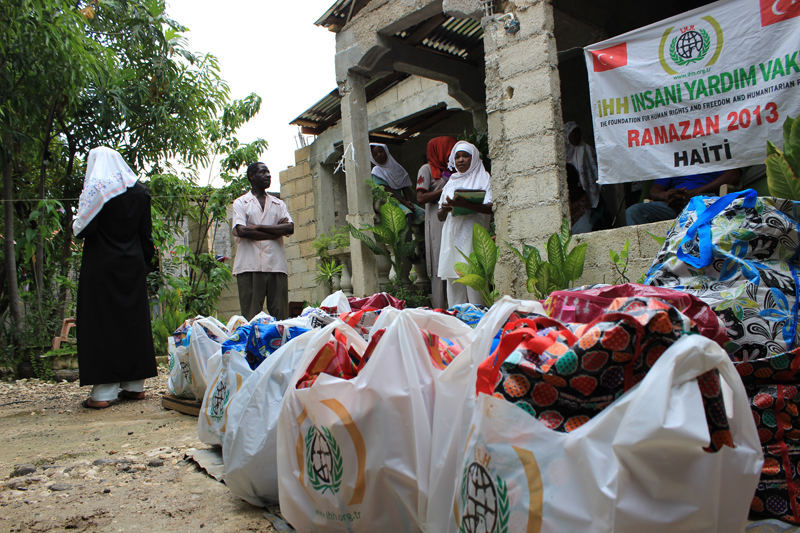 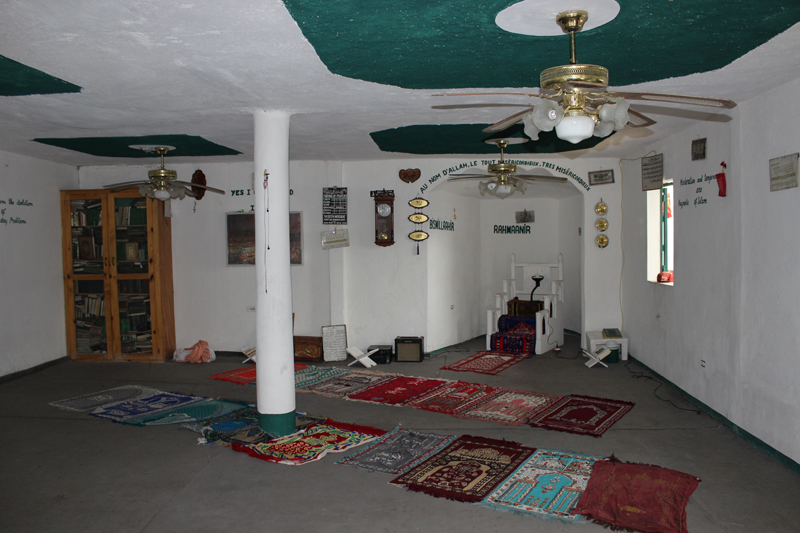 A masjid in the middle streets of Haiti. Yasin Masjid.