Supporting tens of thousands of people in need in Afghanistan
Continuing its relief efforts in Afghanistan, IHH has distributed 5,000 food parcels in 12 different provinces of the country in the last month.
Afghanistan 19.08.2022

In the cities of Khost and Paktika, where the earthquake occurred, hot meals were served to 35 thousand people, and a protocol has been signed with the Ministry of Education for the construction of an educational complex in Kabul. IHH Humanitarian Relief Foundation, which carries out relief efforts in 123 countries, continues its activities in Afghanistan. In the last month, it has delivered aid to those in need in different cities of the country.

Within the scope of the humanitarian relief efforts, food parcels were distributed to 5 thousand families in 12 different provinces of the country. The food parcels, which had a total weight of 100 kilograms, contained various amounts of flour, pasta, rice, shell beans, salt, dates, and oil. In Kandahar province, a total of 25 tons of saffron seeds were delivered to orphan families and needy families in order to develop farming and to enable families to stand on their own feet economically. 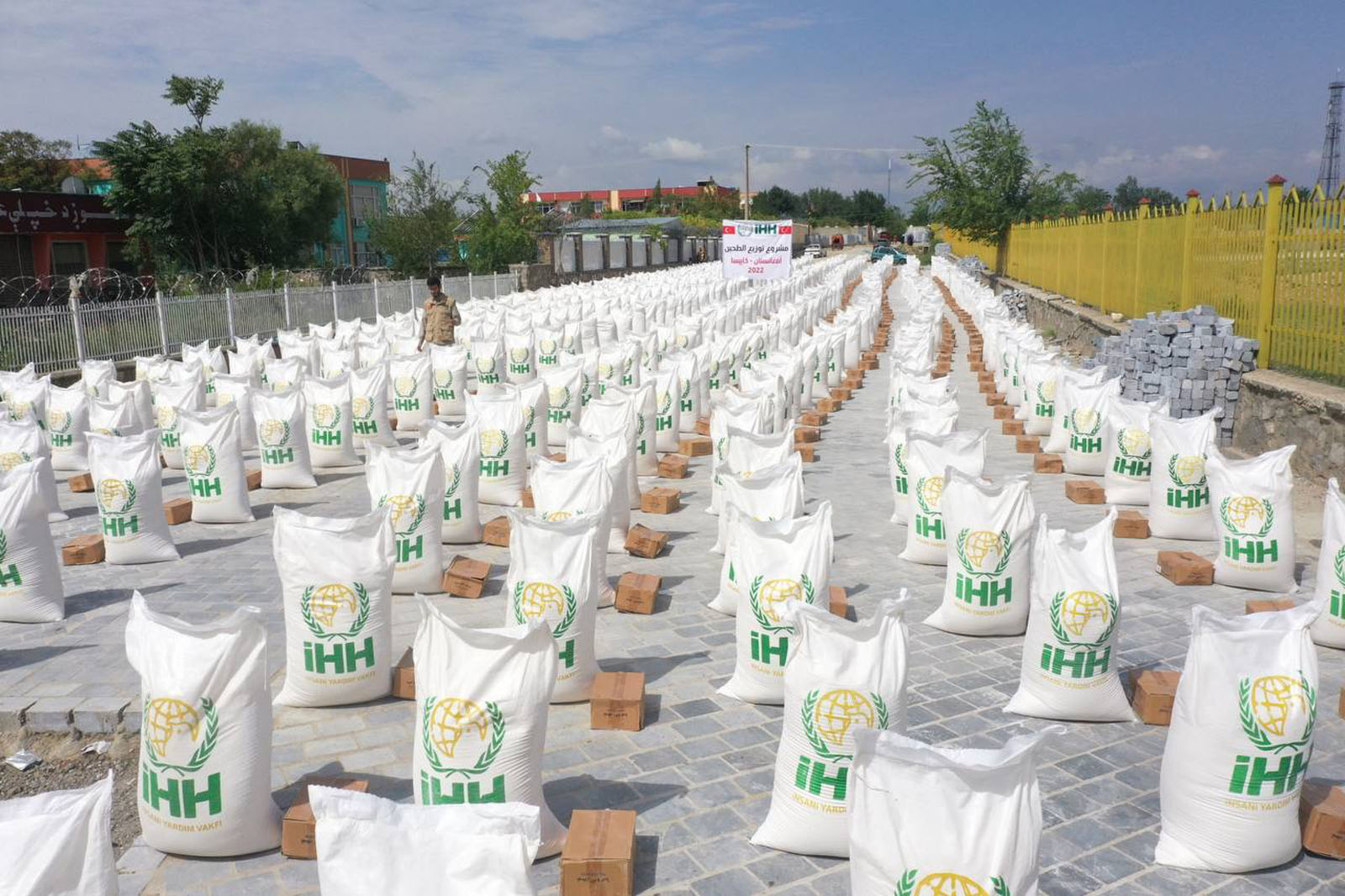 Flour and dates for 15 thousand families

An educational complex will be established

IHH recently signed a protocol with the Ministry of Education of Afghanistan. Within the framework of the protocol, a complex will be built in the city of Kabul, in which a thousand students will receive an education. Within the complex project; there is a mosque, orphanage, dining hall, and playground. Construction is scheduled to begin soon.

IHH also carried out relief efforts in the provinces of Khost and Paktika where the earthquake occurred on June 22. Nearly 35,000 people received hot meals as part of ongoing efforts, while 430 earthquake-affected families in need each received $100 in cash assistance. In addition, food parcels were delivered to 770 families as well as 70 baby feeding packages, 70 hygiene packages, 50 tents, and 400 blankets were distributed to 770 families. Donors who want to support the IHH's relief efforts in Afghanistan can donate 10 TL by typing AFGHANISTAN and sending an SMS to 3072. Those who want to donate more can support the needy through the IHH's website or by writing "AFGHANISTAN" in the description section of their bank accounts.