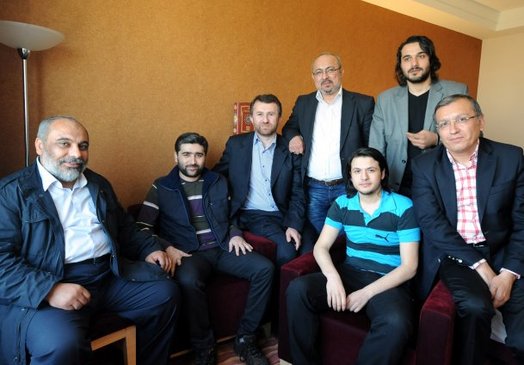 The journalists have been finally released after a series of long talks. After being transported from Syria to Tehran, the journalists first met with IHH’s President Bülent Yıldırım, and they will soon be fully reunited with their families at home.

As part of the process of their release, the journalists were sent to Tehran from Syria by plane. In the company of IHH’s President Bülent Yıldırım, the journalists and members of their families met in Tehran and were able to have a meal together, fulfilling their desire to be reunited with their loved ones.
It's now expected that the journalists will be returned to Turkey as soon as possible.