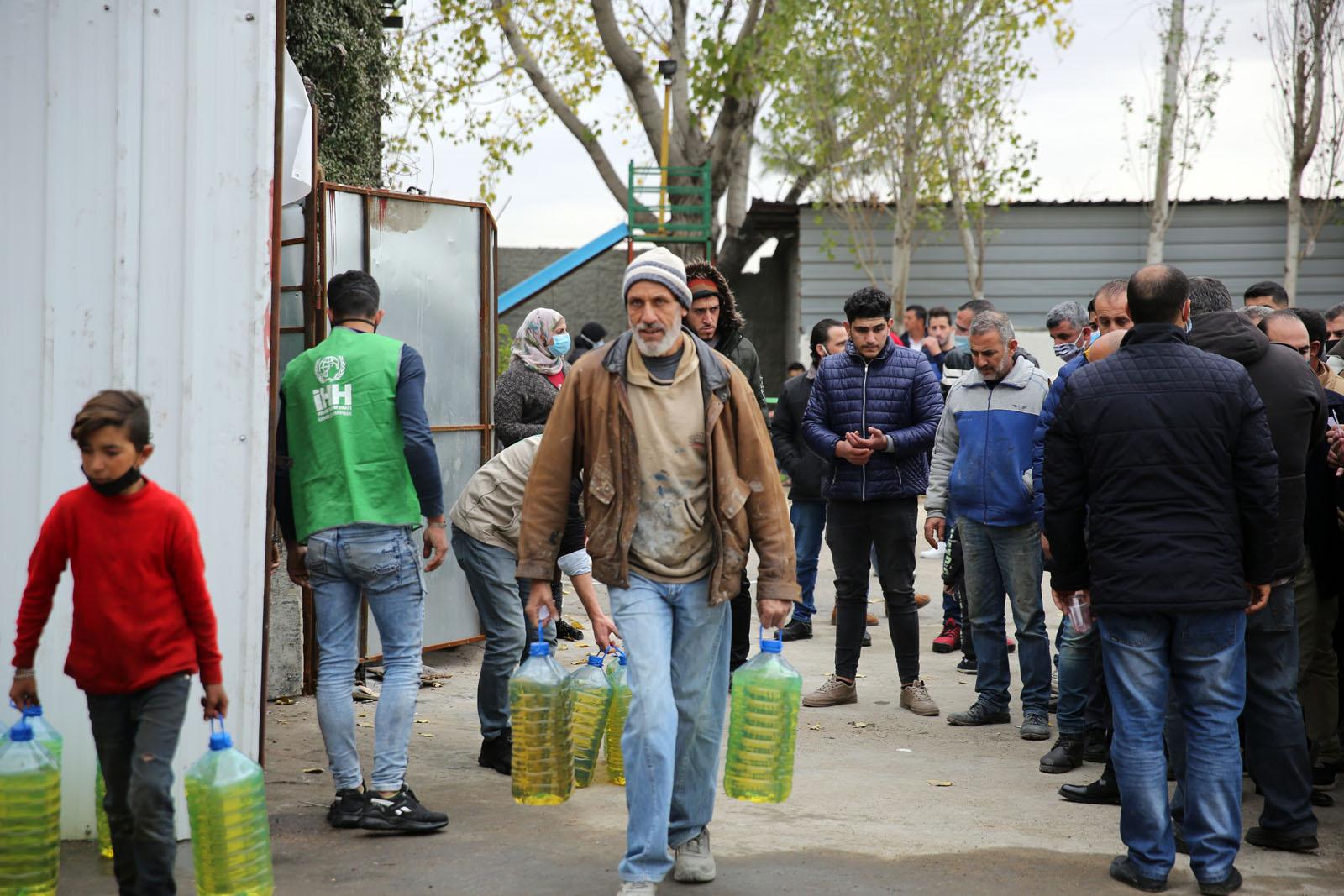 Turkey mobilized for Palestinian refugees
IHH Humanitarian Relief Foundation initially delivered humanitarian aid to 15.000 refugees as part of a campaign launched with the collaboration of 20 Turkish NGOs for the Palestinians in Lebanon.
Palestine, Lubnan 15.12.2020

These refugees cannot work and are unable to benefit from healthcare services. They cannot purchase property and are not allowed to travel around the country freely. These refugees always dream of returning to their homeland, but the Israeli occupation prevents this. On average 50 people die yearly due to electrical short circuits in the rainy season since electricity cables and water supply networks are integrated and badly tangled in the camps. These Palestinians that are legally classified as “stateless” have been struggling to survive for 72 years in various regions of Lebanon, living in camps and multistory slum buildings that lack sunlight.

Turkish NGOs mobilized to help more than 500.000 Palestinian refugees in Lebanon that depend on international aid for their survival. With this joint campaign for the delivery of food, healthcare, hygiene, education and development aid, we aim to meet the emergency needs of the Palestinian refugees. 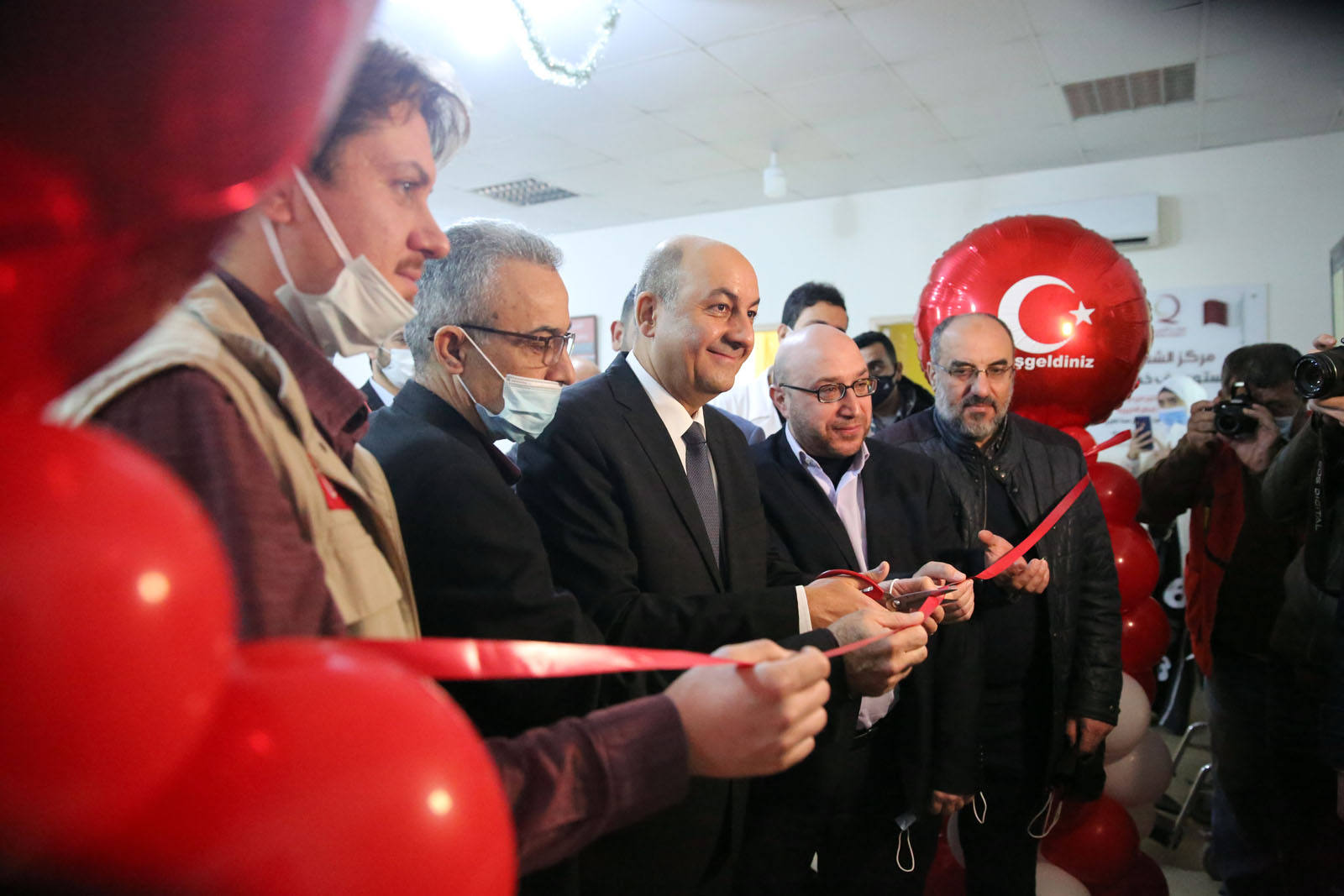 22 families now have a livelihood

As a part of this campaign, initially, IHH reached 15.000 refugees living in the main cities of Lebanon including Beirut, Tripoli, Beqaa, Baalbek and Sur. IHH delivered food and hygiene packets to 1.000 families, 40.000 liters of fuel for heating to 1.000 families and hot meals to 343 families, as well as opened a healthcare clinic in the Burj al-Barajna Refugee Camp in Beirut. The clinic opening was attended by Turkey’s Ambassador for Lebanon Hakan Çakıl. It will provide free healthcare services to the refugees in the region. With the development project called Income Generation Support, IHH donated tuk-tuk (three-wheel vehicles) used for transportation within the camps, fruit pressers, candy floss machines, sheet iron pans, falafel frying and popcorn machines to 22 families in the camps. 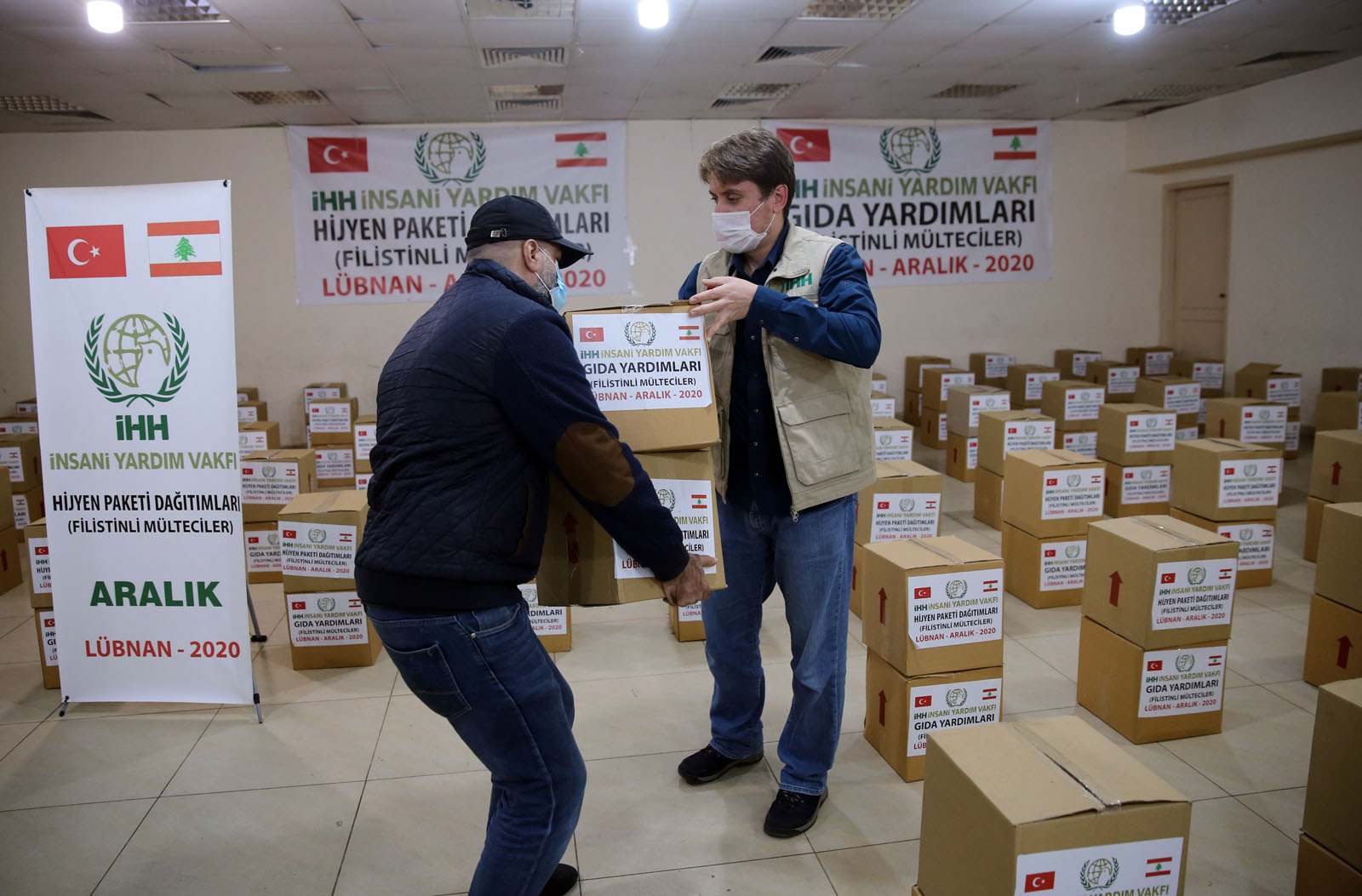 “Our feasibility study for the electric cables is continuing”

Pointing out that IHH has been conducting aid operations in the region for 25 years, Bilal Gündoğdu from IHH Media Department said they carry out aid operations in the country not only for the Palestinian and Syrian refugees, but also Lebanese citizens who are in need. Bilal Gündoğdu, who also said they had initially delivered humanitarian aid to 15.000 Palestinian refugees, added, “The winter season has arrived. The conditions in these camps are extremely difficult. If we are able to meet the needs of the refugees at least to an extent with the contributions of our donors, this for us is a great privilege. I would like to offer my thanks to all our caring citizens.” Gündoğdu also announced that IHH is conducting a feasibility study with the Technical Employees Association to manage problems in clean drinking water and to come with a solution concerning the electric cables that are causing the loss of lives in the camps. 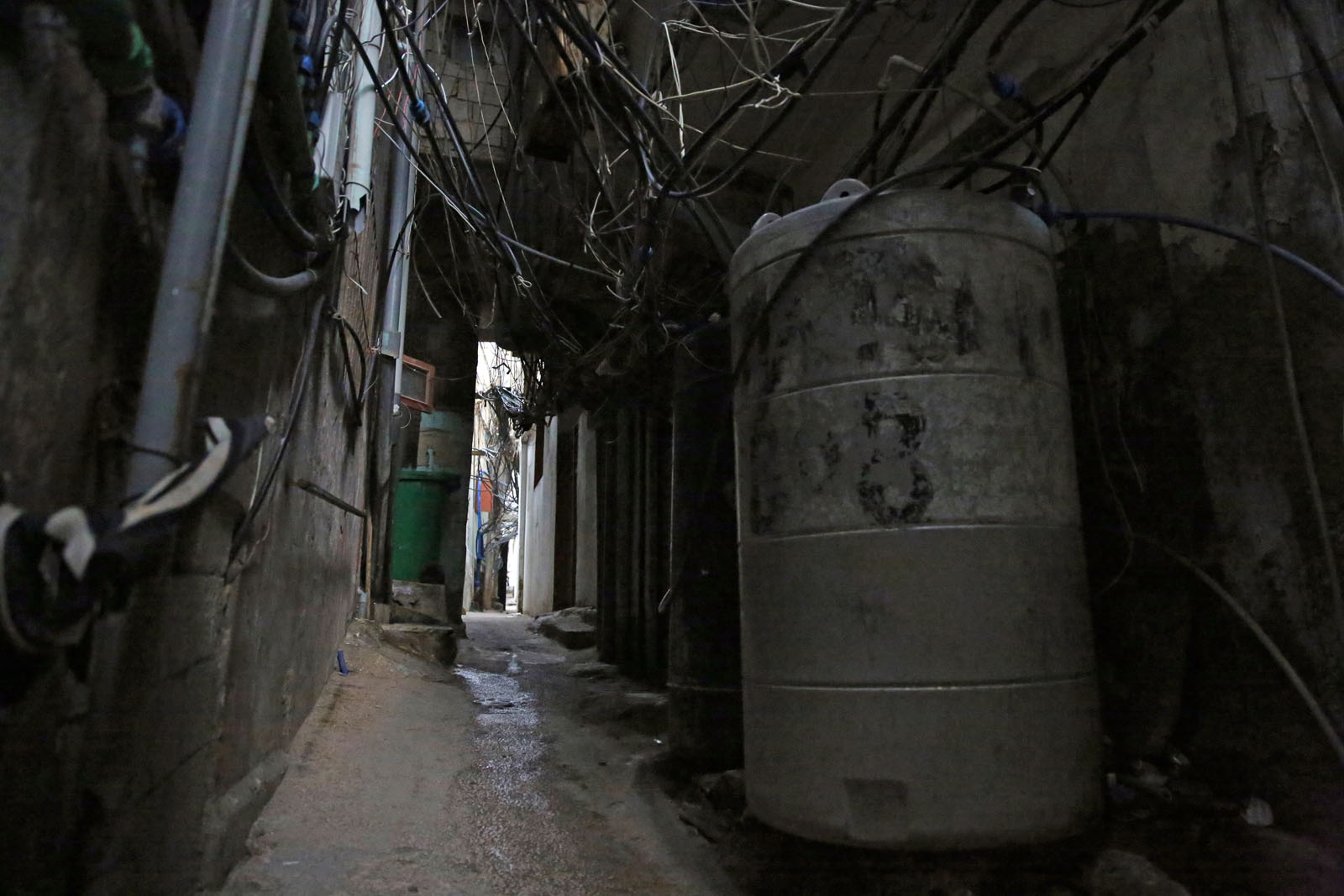 NGOs that are supporting the Palestinian Camps-Development and Improvement Campaign are as follows: 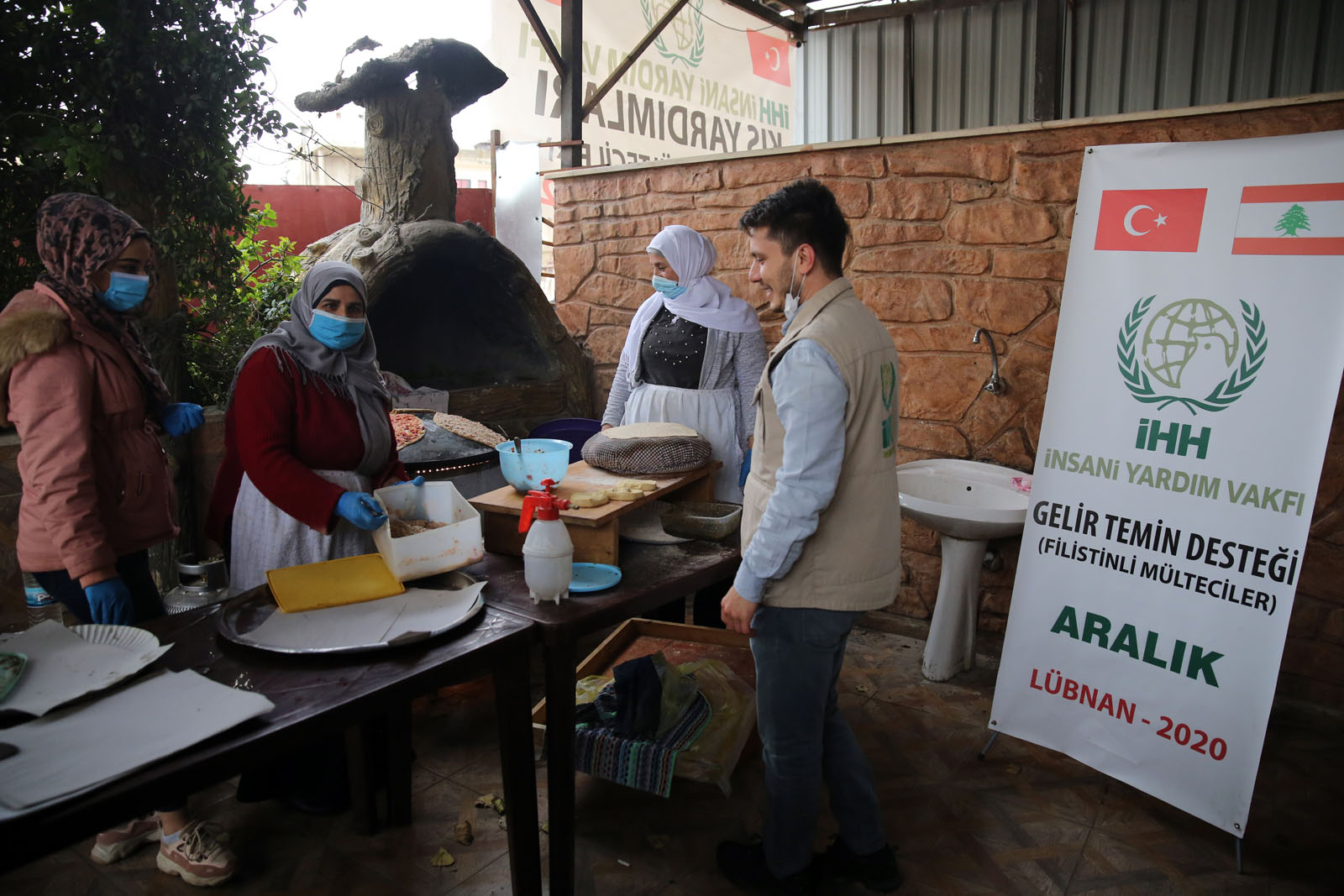