Winter aid from Turkey to Yemen
As a part of our “A Warm Kindness” campaign, IHH Humanitarian Relief Foundation distributed aid of blankets and coats to 1 thousand 150 Yemeni families.
Middle East, Yemen 26.12.2018

They are the most affected during the winter months. Every year, thousands of people are forced to abandon their homes due to war. Thousands of refugees lose their lives on the journey to flee the conflict, while those who remain behind struggle to survive the freezing conditions of winter. In refugee camps, winter means the threat of freezing conditions, illness and death. Millions of people are in need of winter clothing, boots, blankets and food supplies. One thing can bring warmth to the freezing hands, to the bodies that tremble from the sudden downpour of snow: “A Warm Kindness.”

In addition to our emergency aid operations in Yemen, IHH Humanitarian Relief Foundation, that is continuing its winter operations with the slogan “A Warm Kindness”, is also carrying out winter aid operations in the region. In this context, IHH distributed blankets and coats to 1 thousand 150 families living in the tent city in the Hanik district of the capital Sana’a. 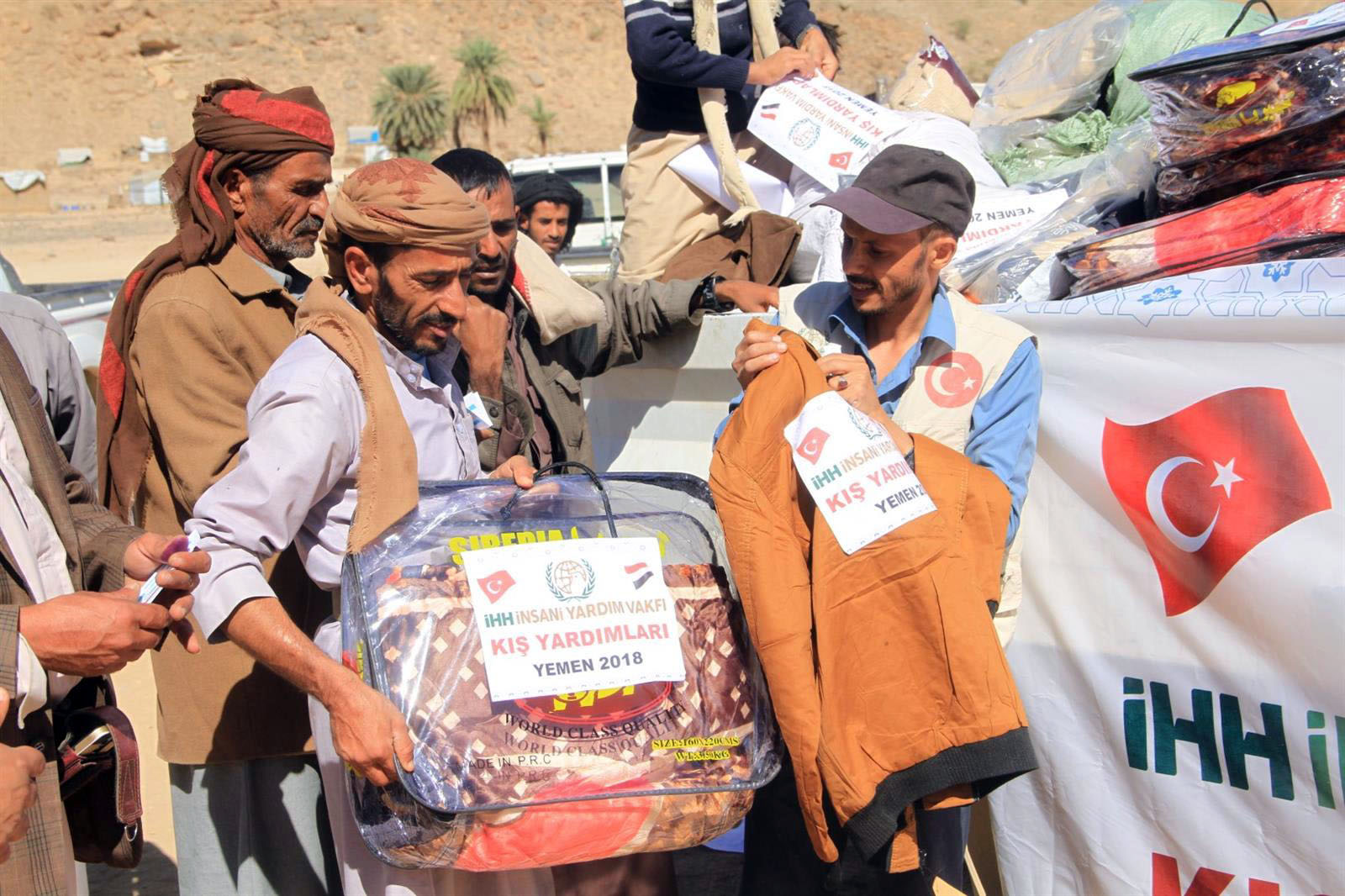 The humanitarian crisis in Yemen has reached alarming dimensions. In the country that has a population of 27.4 million, 21 million people are struggling to obtain food supplies. 10 million people are in need of emergency aid. Thousands of people have died in the country due to conflict, hunger, cholera and various epidemics. According to international reports, the number of children that lost their lives in Yemen has reached 85 thousand. The number that died due to conflict is approximately 16 thousand. 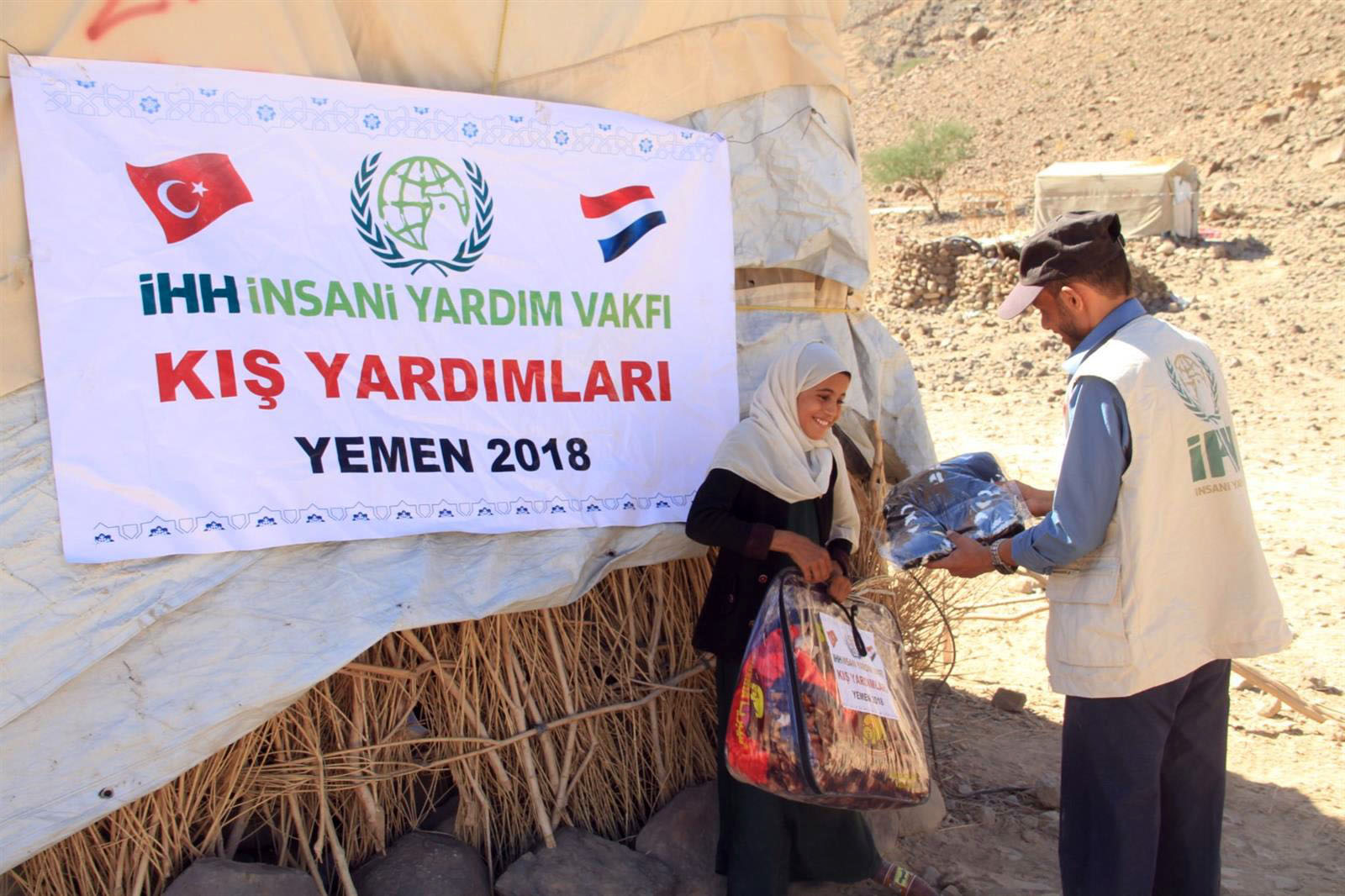 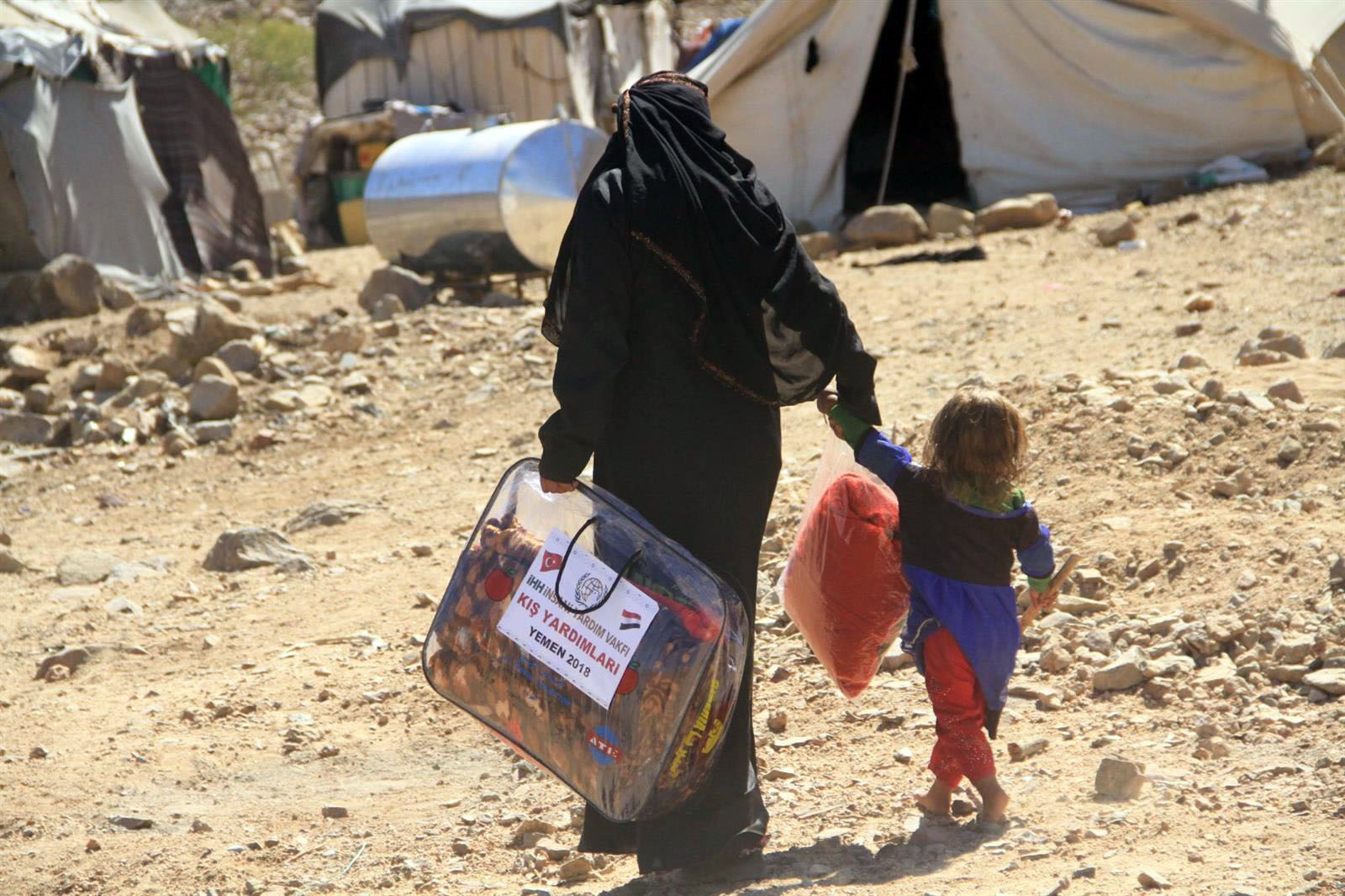 To make a donation

Donors can donate the cost of aid supplies of their choice according to their budget. A donation of 200TL can be made for a complete winter packet, and donors that want to give support by donating the cost of individual items can do so by sending aid donations of 40TL for a pair of boots, 45TL each for coats, 25TL for scarf/hat/gloves, 40TL for blankets and 50TL for fuel.

Donors who want to provide support to the needy as a part of our Winter Aid Operations both locally and abroad via IHH can donate 5TL by texting KIS via SMS to 3072. Donors that want to donate larger amounts can do so via IHH’s website or bank accounts again stating the KIS code.