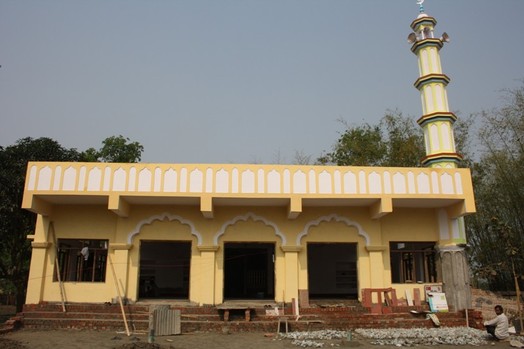 One of the mosques and one of the schools were constructed in the Chhatabeli village of Sunsari province. The school and the mosque are named Velid Dahhar. The new school was constructed as an addition to the Bilal School which belongs to Muslims. The new mosque will serve as the school’s mosque. The mosque was constructed on an area of 150 square meters while the school has five classrooms.

Chhatabeli village, which has a population of around 2,000, is one of the predominantly Muslim villages in Nepal. The other school and the mosque were constructed in the Guski village of Sunsari as an addition to Hilal School which belongs to Muslims. The mosque, which was named after former Professor Necmettin Erbakan, former prime minister, is  1,000-person capacity while the school has 12 classrooms.

Meanwhile, Guski is 500 meters away from the Indian border. It is the largest Muslim village in Nepal with its 7,000 population. The complex where the new school is located is the largest school belonging to the Muslims with its 1,200-student capacity. In the past, Muslims schools used to receive education at shanty buildings provided by the state of Nepal. At the new school, Muslim students will not only receive education under better circumstances but they will also learn Quran and take courses on Islam.