What did IHH do in the month of Ramadan in 2013?
IHH has managed to send generous Turkish donations to help the needy in various parts of the world. In 2013, Turkey along with 81 other countries was successful in sharing the blessings of Ramadan with up to 1 million people. During the month of Ramadan, our teams which comprised of volunteers, doctors, psychologists, journalists and writers worked together in organizing events such as iftars, allocating donations to the needy as well as providing health and medical aid.
02.06.2014

Our Ramadan relief efforts also continued in Turkey as well, in 69 towns and cities, mainly in the east and south eastern regions of Anatolia. Prepared food parcels and food stores were delivered to 25,000 needy families. As part of our organization’s scheme for assisting orphans 6,600 stores for children were handed out along with parcels of stationery in 41 towns. The IHH team also visited 25 cities with a mobile kitchen and offered iftar, food to break the fast in Ramadan, and offered hot food daily, new clothes for the orphans to wear on Eid, stationary and assistance for those who are suffering from poverty and hunger. We also held opening ceremonies for new orphanages, mosques, schools and housing. We also had career advice services.

In South East Asia area of Patani there are up 5 million Muslims who are struggling to stay alive. For over more than ten years, IHH has worked to provide relief in Patani and in 2013 during the month of Ramadan IHH did not forget to visit the Patani muslims once again. IHH teams firstly visited the orphanages and handed out food parcels to 610 families. IHH also provided 2500 iftar meals for the fasting muslims to break their fast and also dispersed 28 adaks (meat). IHH team members completed their ten day Patani visit by also providing financial assistance to the orphans and needy families.

As part of these Ramadan efforts IHH teams also visited the Muslims of Haiti and Cuba and handed out stores of food for those muslims who were poor and in need. These stores contained 529 sacks of food each. In Haiti interest in Islam is growing with up to 2-3 people converting to Islam in every masjid every week. There are 1,000 muslims in Cuba and they are only able to pray the Friday prayers at home as they do not have permission to build a mosque.

IHH teams who are active in all four corners of the world also managed to visit the needy of the lovely African country of Burundi. They provided food for families who were victims of flood in the previous year. They also consulted and sought the advice of the local muslim leaders. After gaining the prayers and winning the hearts of the Barundi people, the IHH relief workers finally returned to Turkey.

We didn’t forget about the Arakanese Muslims in Ramadan

The IHH team working in Bangladesh and carrying out the Ramadan efforts visited the Burmese refugee camps in Coxs Bazaar near the border of Myanmar. They firstly visited the camp of Kutupalong where around 50,000 refugees are found and managed to ease their suffering a little by supplying thousands with food parcels.

We reached aid to 69 cities across Turkey

Our Ramadan relief efforts also continued in Turkey as well, in 69 towns and cities, mainly in the east and south eastern regions of Anatolia. Prepared food parcels and food stores were delivered to 25,000 needy families. As part of our organization’s scheme for assisting orphans 6,600 stores for children were handed out along with parcels of stationery in 41 towns. The IHH team also visited 25 cities with a mobile kitchen and offered iftar, food to break the fast in Ramadan. 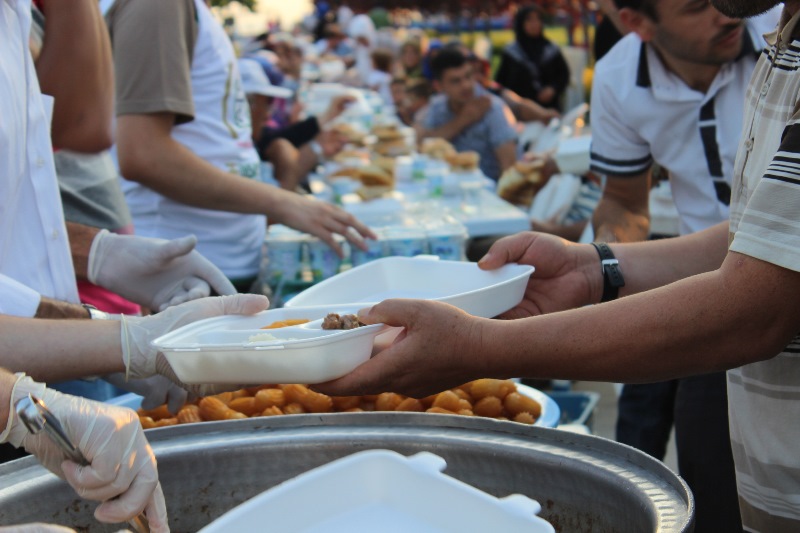 IHH who managed to deliver all your donations to various parts of the world was also successful in delivering food stores to our Muslim brothers and sisters in need in Burkina, Faso. Our team who delivered more then six thousand food packages, across five different locations across the country, to the needy and reported back on the situation of these areas and further work that can be done. Delivering more than 6,000 Ramadan food stores in five different locations across the country, our team delivers food packages to the needy in the region and reports back on the work that can be done. In 2013, during Ramadan, we distributed humanitarian aid to Georgia who was on our list for a very long time. We distributed food packages, listened to problems of the needy and conducted various research on what can be done in these areas. Ramadan food stores were delivered to 600 Georgian and Chechen Muslim families living in villages around the town of Ahkmeta.