New hope: A Home for Survival
IHH had finalized the construction of briquette houses to refugees’ emergency needs that migrated to Idlib. And now it has made a new change in the project. With the new 40m2 Survival Homes project under the slogan “2 Rooms 1 Hope”, refugees will be provided with even better living conditions.
Syria 10.02.2021

The Syrian War has led to a devastating humanitarian crisis. 6.6 million Syrian people were displaced from their homes. Those who managed to escape the war are struggling to survive in tents or deserted buildings. There are 1.5 million people living in tent cities, almost 80% of which consist of women and children. Following the refugee migration that reached its peak in 2019, tens of thousands of people migrated to Idlib.

IHH Humanitarian Relief Foundation’s briquette house project has led to a new transition for refugees following the new migration wave. Due to the huge interest of donors, our initial goal of 20.000 briquette houses launched with the slogan “Provide Shelter for the Oppressed” has been reached, and donations for the construction of 20.676 briquette houses was received. 14.000 of these houses were constructed in 40 different regions, 7.264 have already been handed over to those in need. To date, these houses have rescued 30.287 people from living in tents, and provided them with a new life where they can live in a secure environment. We plan to hand over the remaining 6.676 briquette houses to families in the shortest possible time. 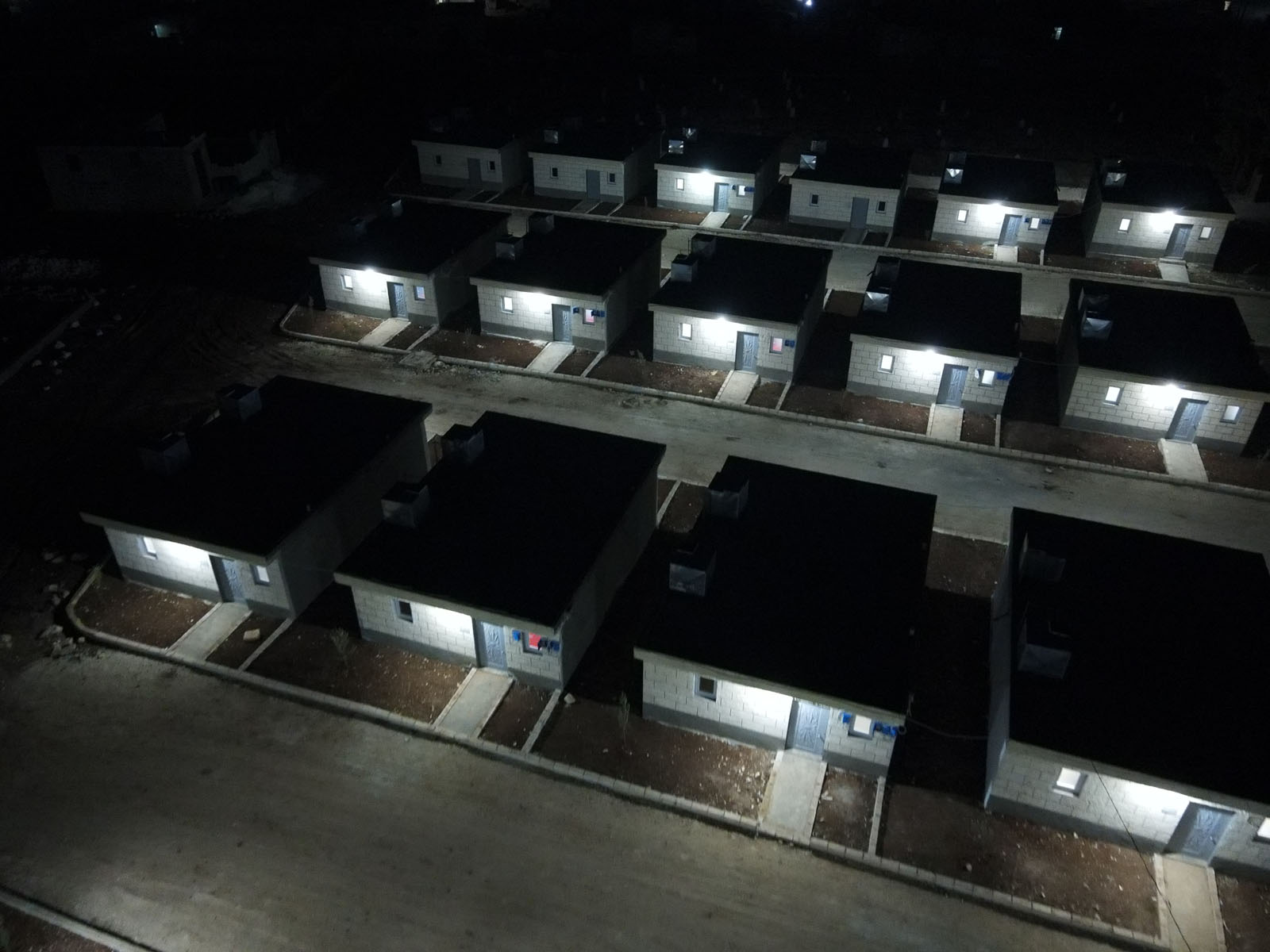 IHH continues to find permanent solutions for the Syrian crisis in the last 10 years, and it has updated and developed its briquette house project initially launched as an emergency solution in the region. Our new Survival Home project – a project of houses with toilet, kitchen, garden, drinking water- electric fittings, canalization, water tank, iron doors and windows and concrete roofs - will be constructed. 10m of these new 40m2 houses as a 1+1 concept will be allocated for a garden. Initially, 1.000 of these new Survival Homes will be constructed for the aggrieved people forced to migrate to the rural areas of Idlib, from the extremely difficult winter conditions and general hardships of living in tents. The project will materialize with the slogan “2 Rooms 1 Hope.”

The cost of Survival Homes that will be constructed for people in need consisting mainly of orphans, disabled, elderly and women is 12.500 TL. Donors who wish to support this project can donate 5 TL by sending an SMS texting the code ‘EV’ to 3072. Those who wish to contribute larger amounts can donate via IHH’s bank account numbers or online via our website stating the code ‘YASAM EVI’. 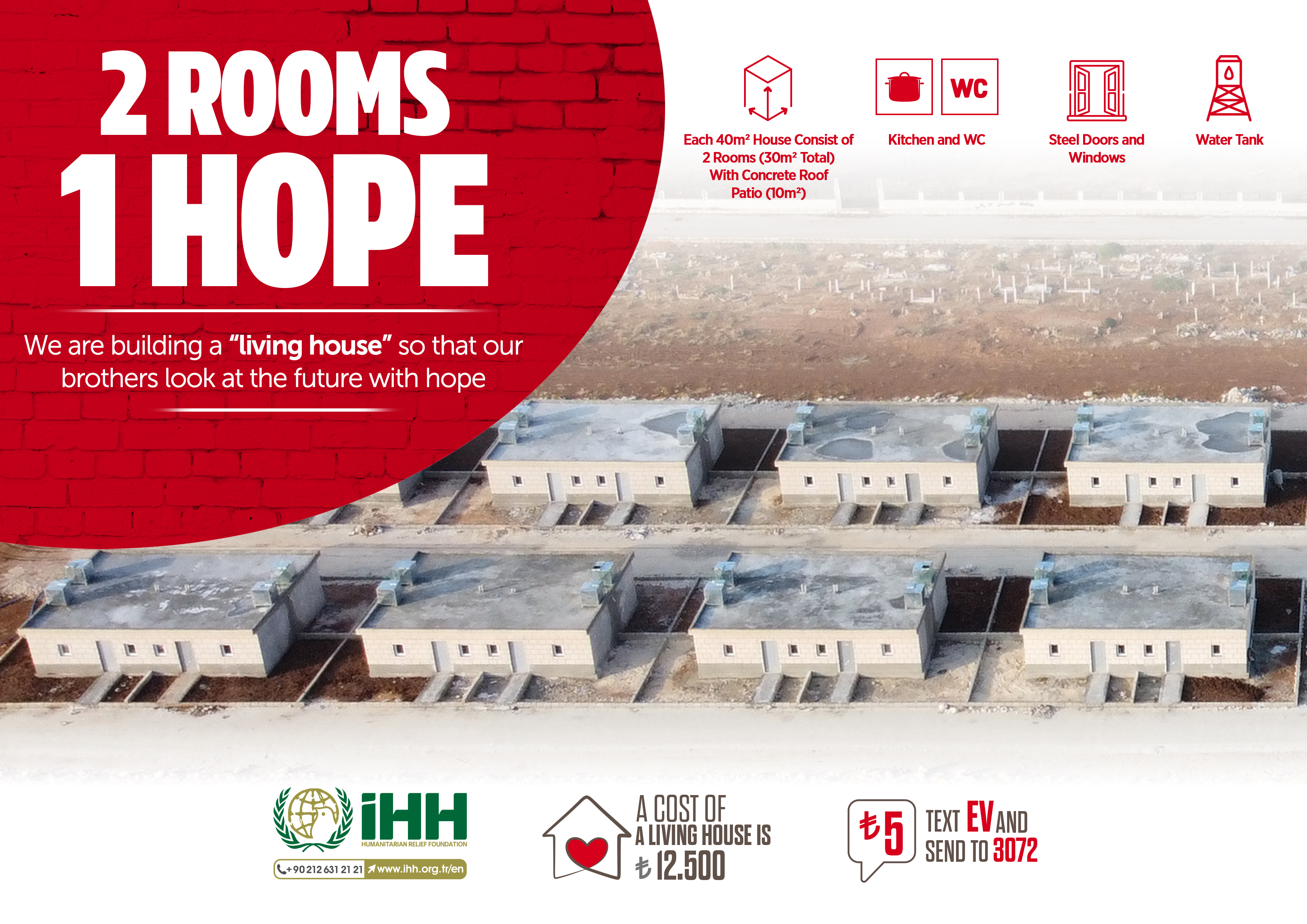