You have taken your share of goodness
IHH Humanitarian Relief Foundation, with its 27 years of experience, distributed 51, 477 Qurban shares this eid to more than 2 million in need in 93 different countries and regions.
13.08.2019

IHH Humanitarian Relief Foundation carried out its Qurban activities this year with the slogan "Take Your Share of Goodness" in the 93 regions and countries including Turkey. IHH, which began its first Qurban organization in 1993 in Turkey with the efforts of a group of volunteers and has continued this project for 27 years, is visiting more countries each year and delivering aid to millions of people as a part of the Qurban organization. Donators had their Qurbani animals sacrificed via our foundation wherever they want in the specified countries for the Qurban project.

As part of the Qurban activities, IHH reached 228 cities by covering 333 thousand 800 km distance. With the support of donators, our foundation also delivered 51 thousand 447 Qurban shares to more than 2 million 57 thousand people in need in this Eid al-Adha. 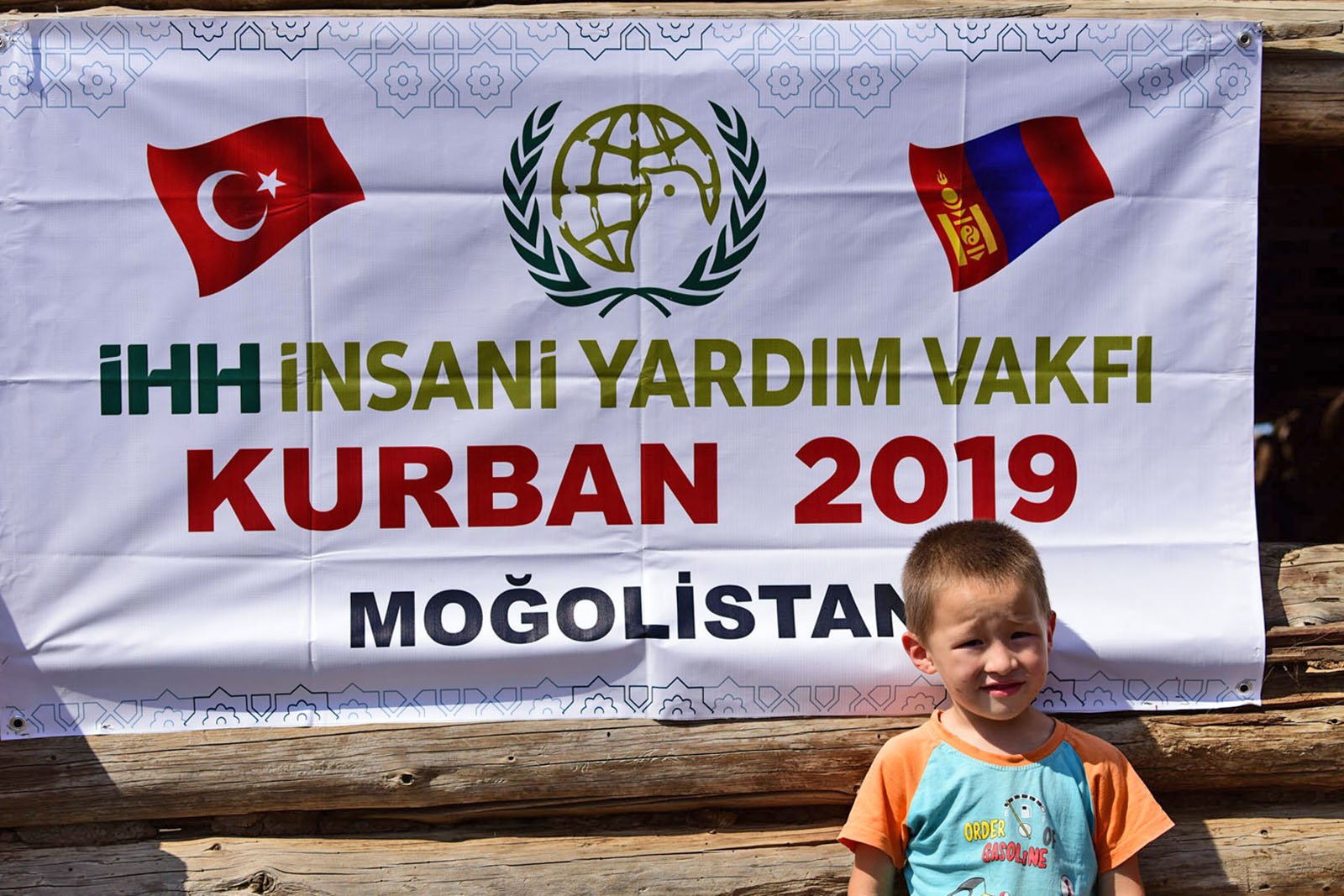 IHH Humanitarian Relief Foundation delivered 51, 477 Qurban shares to more than 2 million needy people in 93 different countries and regions as part of the 2019 Qurban activities. This year, as the past, IHH teams helped our brothers waiting for them not only distributed the Qurban meats but also provided support with various projects aimed at improving their living conditions. The foundations were laid for many projects including mosques and masjids, water wells, education centers, vocational courses, and orphanages during these visits on Eid al-Adha. 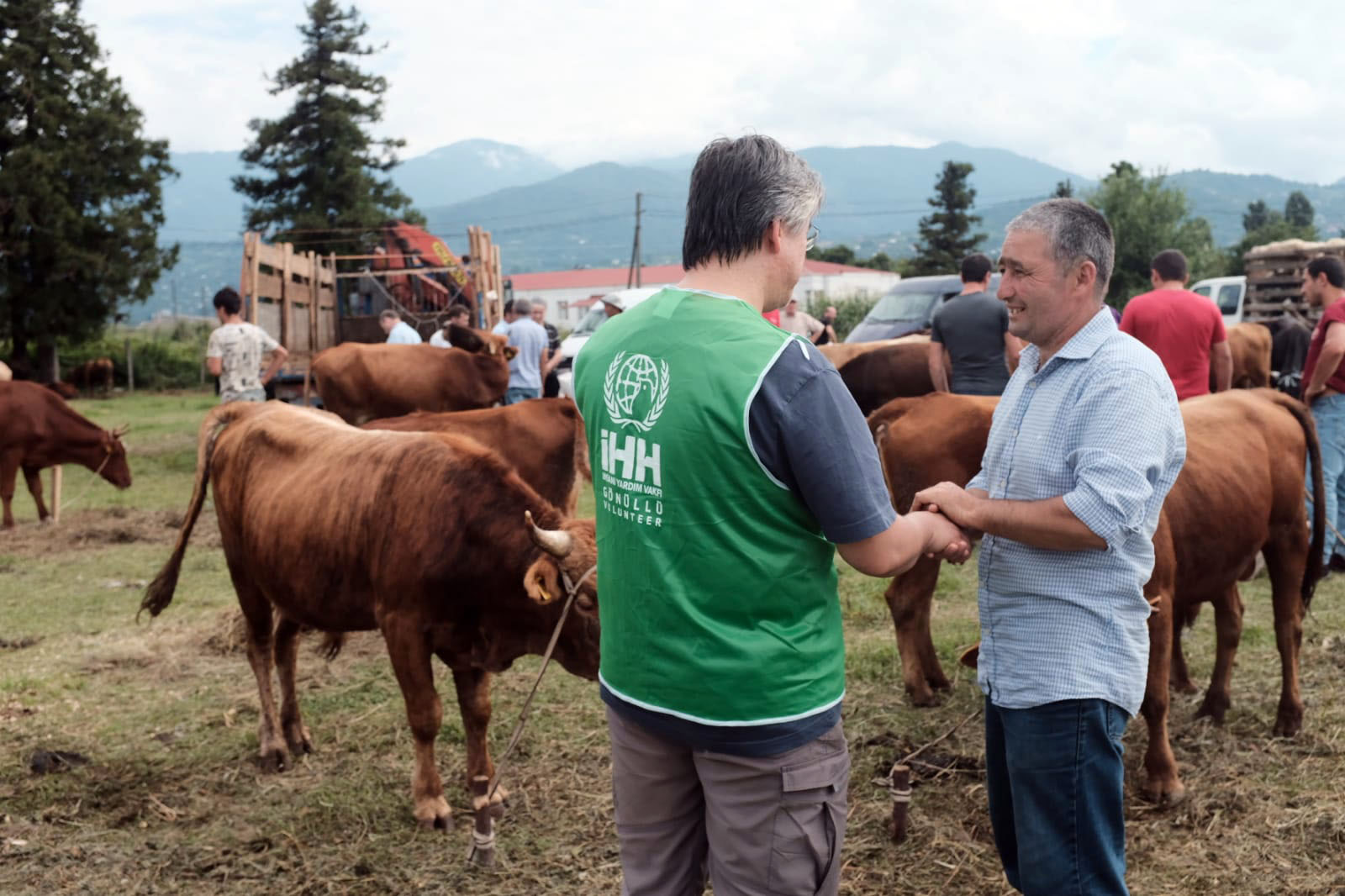 Priority given to crisis zones

Our foundation gave priority to the refugee camps, regions afflicted by war, natural disasters, famine and poverty, and also the elderly, orphans, widows, orphanages, schools and hospitals in the Qurban organization. In this scope, priority was given to Syria, Iraq, Palestine, Somalia, Yemen, Bangladesh, Arakan, and East Turkistan. 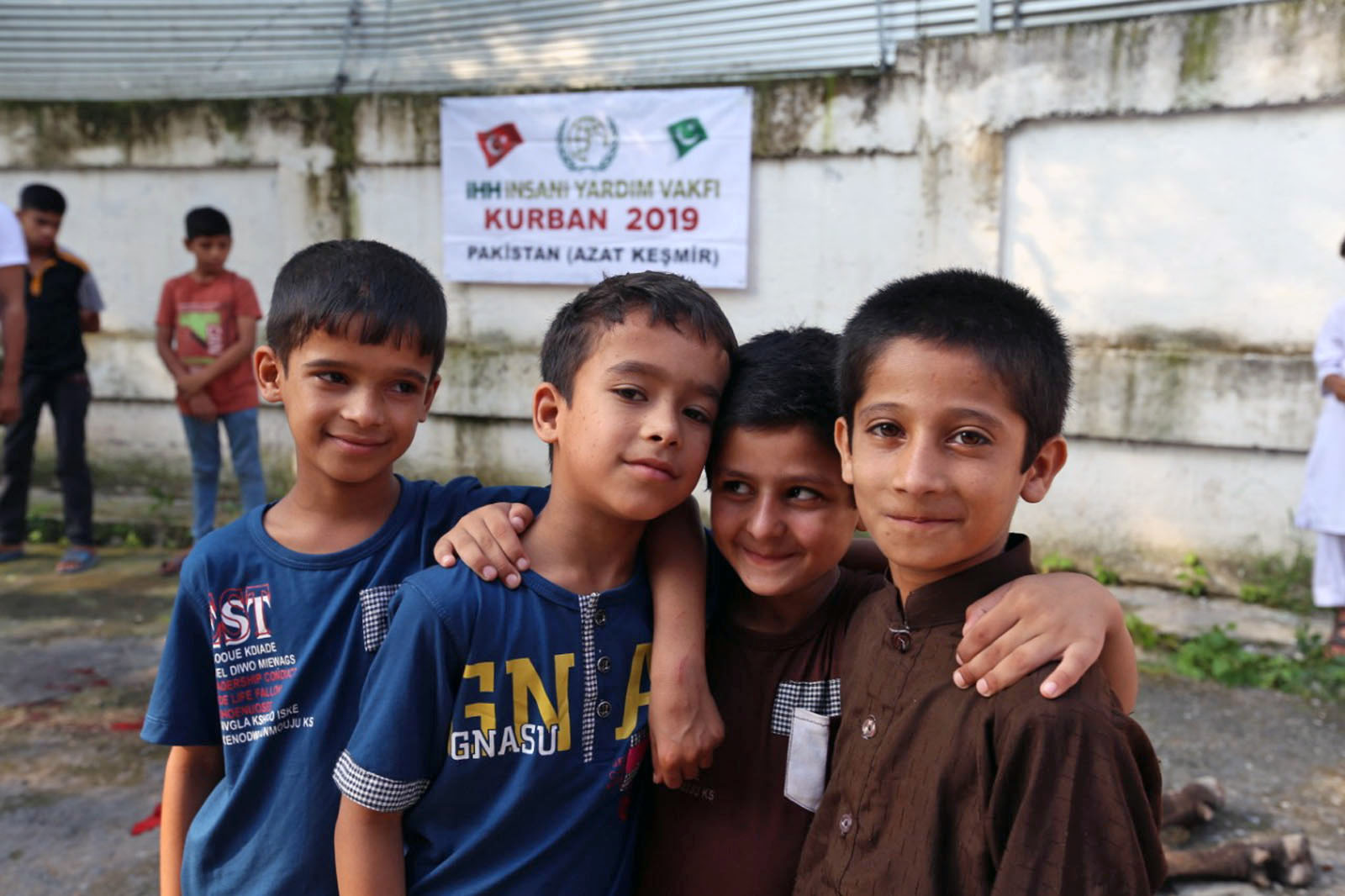 IHH, which has carried goodness to the four corners of the world for many years, did not forget those in need in the country. IHH delivered Qurban meats to 56 thousand 560 people in need in the seven regions of Turkey. 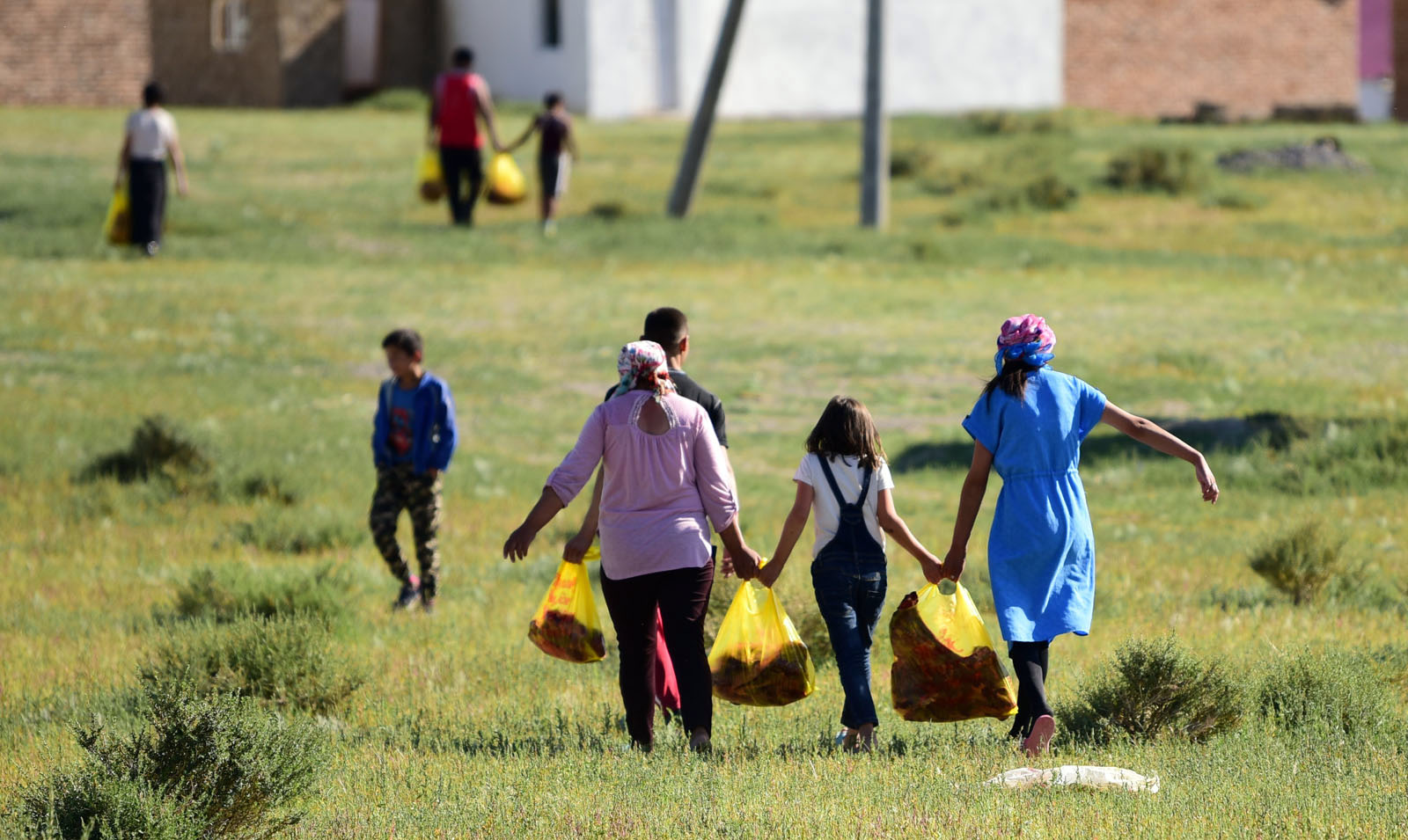 One of the priorities of our donators on this eid, in the ninth year of the Syrian crisis, was the Syrian refugees. IHH Humanitarian Relief Foundation delivered Qurban meats to needy families in the countryside of Idlib, Aleppo, Hama, Latakia as well as the Euphrates shied region and Afrin. Besides that, 193 thousand 120 people benefitted from the distribution of meats that continued throughout Eid al-Adha. IHH also provided aid consisting of clothing and shoes to Syrian orphan children.

In some parts of Myanmar, where the great human tragedy has been experienced, the sacrifice of Qurbani animals was carried out as well as Bangladesh where Rohingya Muslims live in. 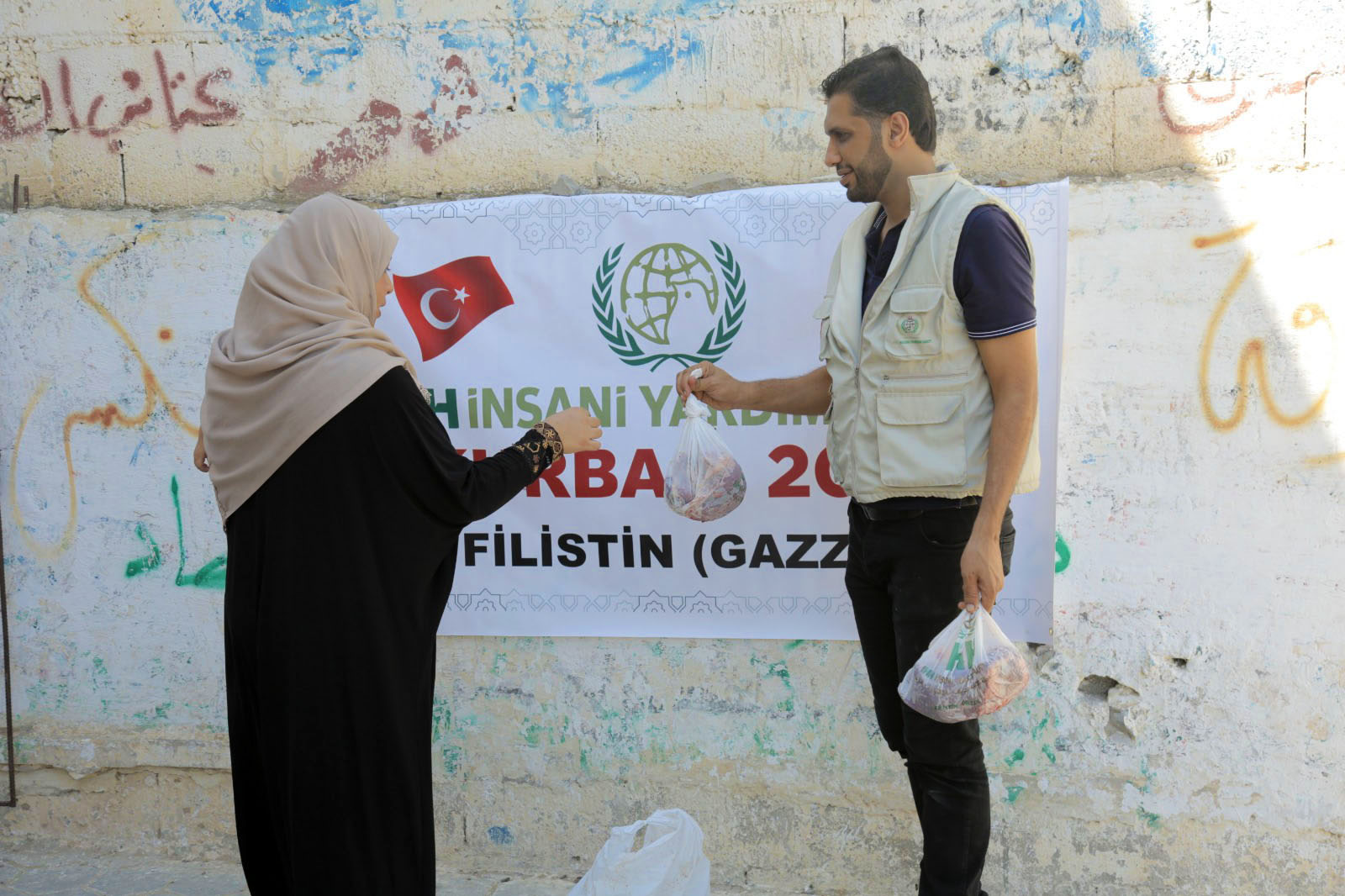 Gaza was not forgotten

IHH teams did not forget the Palestinians in need. In the region that was also given priority by donators, IHH distributed a total of 2 thousand 10 Qurban shares to people in need who are struggling to survive and deprived of their freedom under the blockade in Palestine and Gaza.

In Yemen, which was affected by the recent crisis, we delivered 3 thousand 650 Qurban shares to the needy families in the region after sacrificing Qurbani animals. Every passing day, the humanitarian crisis has been rising in Yemen where 17 million people in need of help and 4,8 million people are on the brink of starvation. The people of Yemen barely live on their lives by the external aid in Yemen where health care service has come to a halt. The IHH's aids for Yemen is continuing without slowing down. In every new crisis, IHH does not leave the oppressed alone by increasing its activities in Yemen.

The joy of eid in Africa

This year, with the organization of Qurban projects in many countries in need, IHH that is materializing a large number of water well and cataract surgery projects in Africa, delivered aid and shared the joy of Eid al-Adha with families in need. 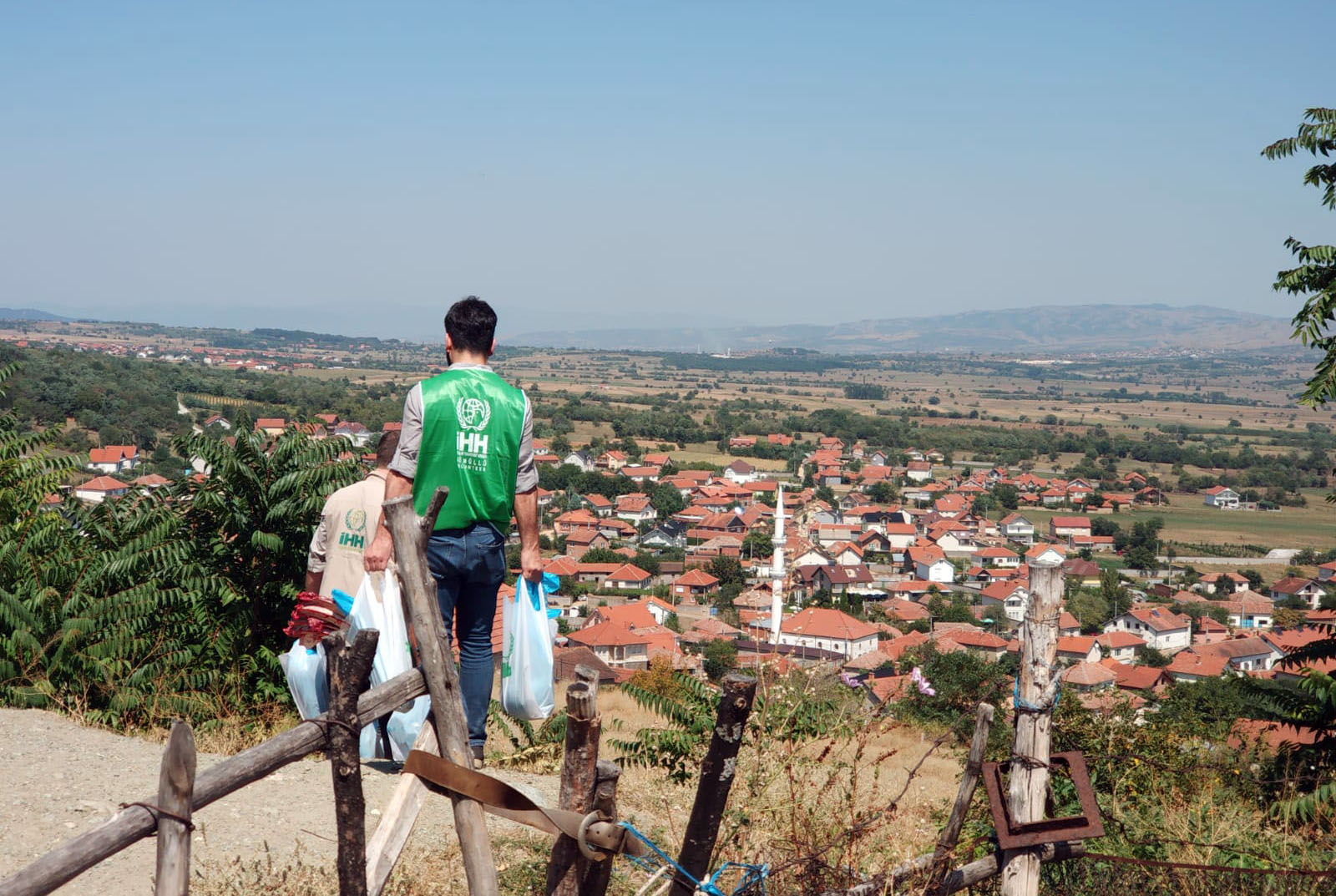 Related news
See all
120 humanitarian aid trucks Off to Syria
IHH has launched an aid campaign with the slogan “Winter is Coming, Don’t Leave Them Alone” for Syrians that are forced to live under extremely difficult winter conditions. As part of this campaign, 120 humanitarian aid trucks were sent off from Istanbul and various Anatolian cities to Syria.
Istanbul
10.12.2021
Wheat seed support to Tell Abyad and Ras al-Ayn
As part of our 2021 Agricultural Support Project, IHH Humanitarian Relief Foundation delivered certified wheat seeds to hundreds of farmers in Syria’s Tell Abyad and Ras al-Ayn.
09.12.2021
Our ambulances reached Gaza
IHH delivered 4 ambulances to the blockaded Gaza Strip with the aim of contributing to the healthcare sector.
26.11.2021