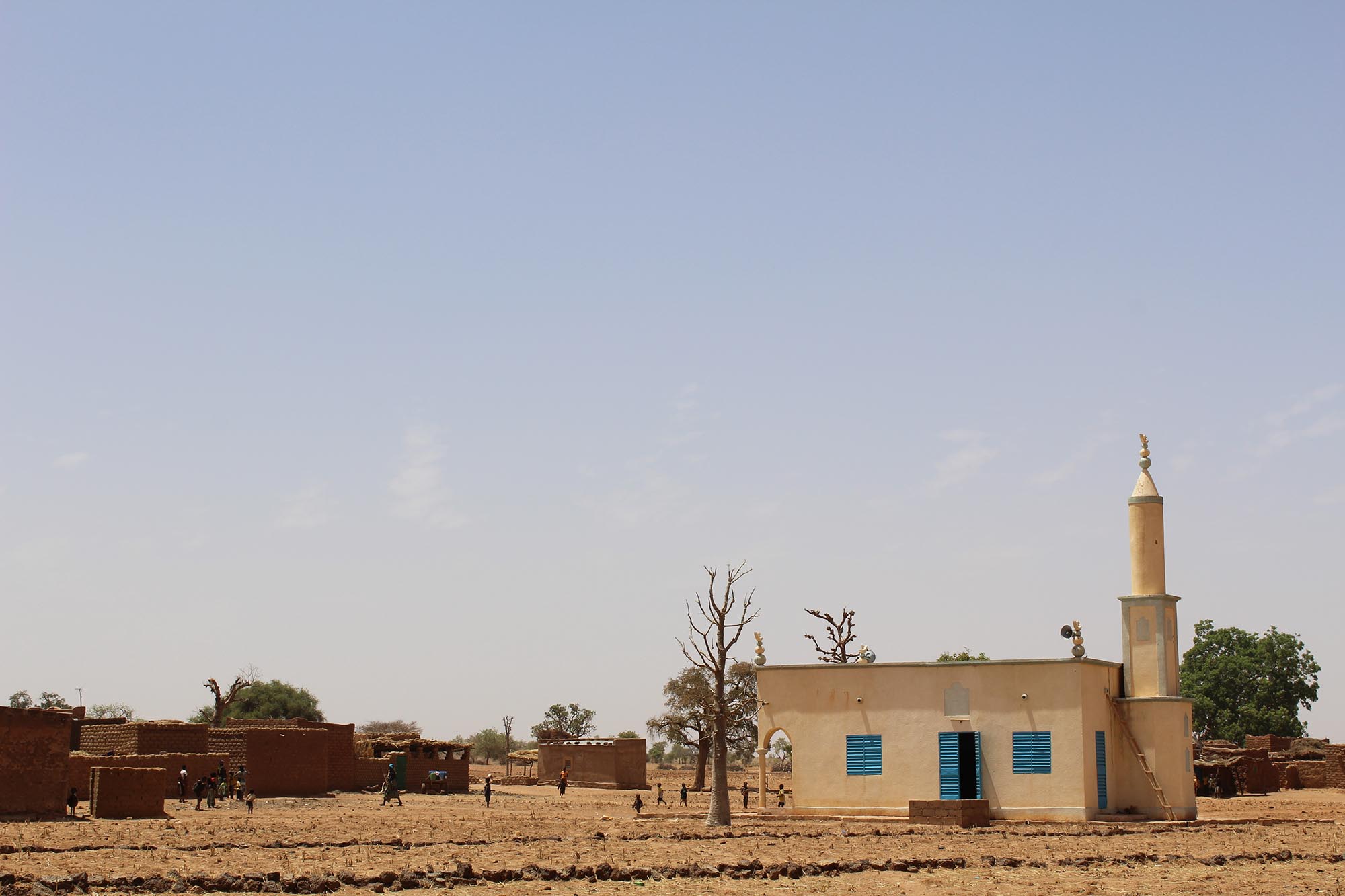 We set on the road to open the mosque built by our foundation in Dora village which is over 300 km. off the capital city Ouagadougou. The road is long and bumpy. Although same distance takes 3 hours ride in our country here we are aware that it will not be less than 6. Omar Faruk Poyaz from IHH Africa Desk and Suleyman from our partner organization are with me along with a brother who is going to take us to the village as he is the local of the region. The brother whose name is Khalifa as we find out on the way joins in the conversation in the car. After about 100 km. the car is broken and the engine stops suddenly. We continue the drive after we stop and restart the engine again. It stops again. After this cycle is repeated several times we stop in front of a bike-repair shop. The engine is saved temporarily with a quick fix and we get on our way. We finally reach Dora after over 6-hour journey.

Together with the village folk we open the mosque which is named “Ottoman.” We perform our prayers and take pictures as a token of memory and proof that the mission is complete. Just as we make our way to the car to leave the village I notice the lively chatter between brother Khalifa, who has been our driver and guide, and the elderly of the village. I ask Mr. Sulaiman if Khalifa has any connections with the village and he tells me this conversion story which tears me up right there and then.

“Khalifa is originally from this village. He has moved to the capital city when he was very young but did not becom estranged from his people. Some of his relatives still live here. As the son of a Muslim mother and a Christian father he has been living as a Christian up until recently. He earns his living through making architectural drawings. He has been always helpful whenever his village needed something. Recently the elderly of the village put a request to him to act as intermediary to facilitate building a mosque in their village, Dora. Khalifa did not turn down this request and assured them that he will bring up their request with relevant authorities. But he couldn’t help but think that who would be willing to go into expenses to build a mosque in this village free of charge anyway. After that he got in touch with us. We have taken the request into serious consideration and drew up a project. We asked Khalifa to draw the plan of the mosque following the pattern of other mosques built pereviously. He drew up the plan. Then we sent out the project dossier to IHH in order to raise funding. After finding a sponsor to the project IHH gave us the instructions to start the construction of the mosque. The first thing we called Khalifa to give the good news. Khalifa who had no hopes for the realization of the project even when he did the drawings was so surprised. Although he held a different faith he was overjoyed that he was able to realize the request of his elderly people whom he loved and respected so much. He immediately contacted his folks and gave them the good news. The construction followed almost immediately. Khalifa was so impressed and moved by the fact that we were able to find funding for this project so soon and a sponsor from the other end of the world, Turkey was funding the project without anything in return. And with the grace of Our Lord he converted to Islam soon after the construction of the mosque started.”

As we wait beside the car Khalifa approaches us. I give another hug to Khalif with whom we prayed together a little while ago. I envy our sponsors who have been vessels to a great deed. I am witness that one good deed opens the door to many others as I return to Turkey from Burkina Faso where we received lots of prayers.