The agreement signed by 193 countries has the status of the international document signed by the greatest number of countries and come in force fastest. The agreement, which is based on the principle that children should live in safe and healthy conditions regardless of their gender, religion, face or social status, contains irrevocable responsibilities and unamendable standards agreed upon in the international arena. UN has set up a Children’s Rights Committee in order to follow up and monitor the signatory governments’ amendments to conform to the agreement and to publish them every 5 years.

According to Amnesty International’s data children are widely exploited in countries where pornography, violence and illegal activities are predominant. According to the figures two hundred and fifty million children aged 5-14 work as labourers and millions of children aged 12-17 cannot go to school. It is reported that there are around 165 million orphans worldwide. According to UN Children’s Aid Fund (UNICEF) 22.000 children younger than 5 years old die due to preventable causes daily.

According to UN Children’s Rights Committee only 14 signatory countries out of 43 countries who report to UN have adapted their legislation to conform with the agreement’s regulations while others passed new and similar laws or preferred to raise awareness of children about their rights.

Despite Children’s Rights Agreement and the UN committee set up in the aftermath of the agreement’s execution today children are still the most vulnerable and open to exploitation group in the society.

“Child Rights Day” announced by UN in and celebrated since 1989 in order to bring up the violations of children’s rights on the agenda, 20th November saw the atrocities committed against children in Gaza, Syria and Arakan this year.

UN, which aimed to ensure children’s rights through the agreement signed by 193 countries in 1989 and enforced signatory countries to make amendments in their legislation according to the agreement’s clauses, unfortunately remains silent against on-going atrocities and children killed in Gaza, Syria and Arakan. 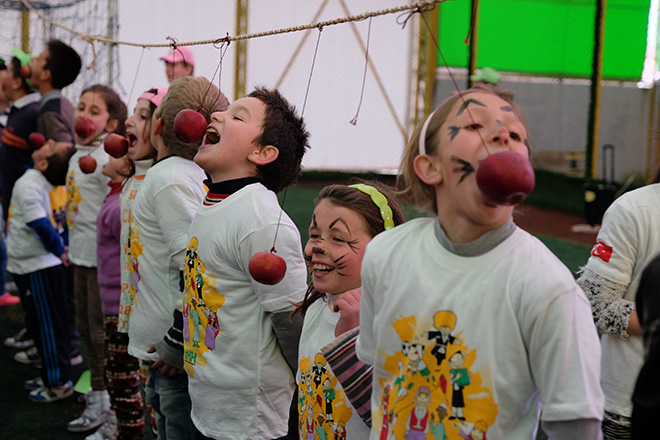 IHH Humanitarian Relief Foundation supports orphan children in 56 countries through its sponsor family scheme. IHH aims to protect children victims of wars and natural disasters and puts efforts to make sure that they are supported until they are able to stand on their own feet. While providing for their accommodation and education needs in orphanages and schools it builds for children, IHH develops projects to make sure that these children grow up in their own country, in their own culture without being isolated from their communities. By Nov, 2016 87,000 orphan children in 56 countries including Turkey are being supported by IHH.

Meanwhile Humanitarian and Social Research Centre, INSAMER shared the Evaluation of World’s Child Treatments, which is as follows:

The current chaos the world is in, wars and conflicts breaking out due to governments’ policies in line with imperialist goal cause great physical and psychological destruction in children who are naturally vulnerable creatures. People, who live in the regions, which are ravaged by war as a result of greed to dominate, face hunger, poverty, epidemics in the long run. The difficulty to have access to food, shelter, clothes, potable water and preventive measures against has destructive physical and psychological impact on the locals and especially on children who are the most vulnerable group. The conditions mentioned in this report are evaluated in terms of society in macro level and in terms of children in micro level.  The report highlights the failures of the world nations in tackling social, economic, political social and cultural violations of rights and social fractions that emerge as a result of wars going on for centuries.