60 tons of aid to CAR refugees from IHH
IHH Humanitarian Relief Foundation has conducted a series of aid work for the refugees from the Central African Republic (CAR) who left their homes and sought refuge in neighbouring countries after the massacre. In the first stage within the relief effort, 60 tons of relief supplies were distributed and around 14 thousand people have benefited from these supplies.
Africa 23.05.2014

Attacks against Muslims in the CAR continues at a fast pace. Due to the attacks, vast majority of the Muslim population in the capital Bangui has fled the country. The very few Muslims staying in the city face death threats every second. Since the start of the event in the CAR many Muslims have been murdered. There are still no exact numbers of the Muslims that have been killed. The images from the region from the beginning of the event are bloodcurdling. Images of children with their throats cut, pregnant women being stabbed in the abdomen, setting fire to the bodies of the Muslims that were lynched in the middle of the streets has become commonplace events in the region.

Muslims in the CAR in fear of being killed are leaving their homes to seek refuge in neighbouring countries, sometimes even this escape is not enough. The buses are stopped of those caught that are fleeing and are killed on the spot. The “lucky” ones cross the border of the country and take refuge in countries such as Democratic Republic of Congo, Chad and Cameroon.

However, there are demanding conditions waiting from them here. The first place they settle to is their camp, they make places to stay from cloths and bushes on their own and they also struggle with hunger.

Aid to the refugees in Chad

IHH Humanitarian Relief Foundation had launched an aid campaign for the Muslims from the CAR who had fled their country months ago. In the first stage IHH Humanitarian Relief Foundation had distributed aid packs consisting of food and hygiene packs to 10 thousand people that remained in the camps in Gore and Doba. So far the UN has only assisted the camp once with medicine, besides this the camp has never received any other assistance.

IHH stands with the refugees in Cameroon

IHH teams have now carried out many relief aids in the refugee camps in Cameroon’s Garaboley. IHH teams have distributed approximately 60 tons of relief supplies consisting of rice, pasta, sugar, salt, oil, tomato paste, hygiene supplies and clothing. Around 14 thousand people have benefited from these supplies. 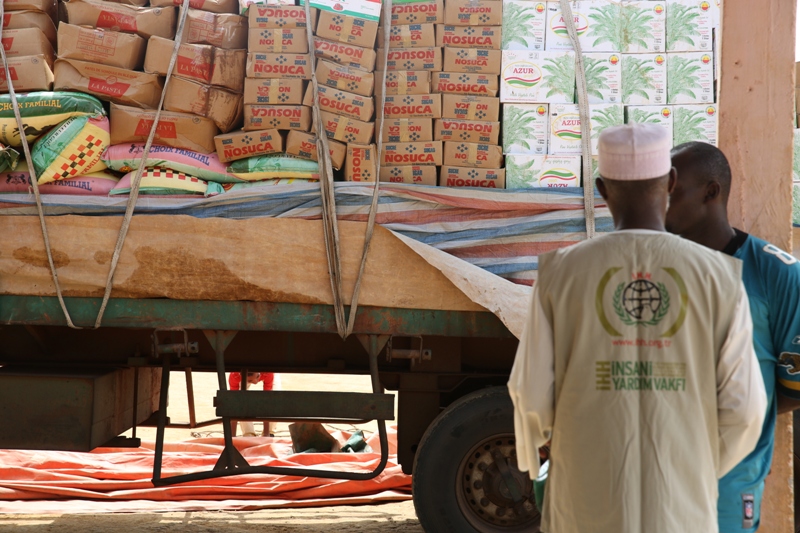 As well as providing assistance, IHH teams have also had the opportunity to make observations in the camps to specify other requirements. IHH Humanitarian Relief Foundation will continue to deliver aid to the refugees from the CAR who took refuge in Cameroon and other countries.

Currently it is estimated that there are more than 100 thousand Central African refugees in Cameroon. Refugees are struggling for survival in the camps established in the regions of Cameroon’s Bertoua, Garaboley, Maggang, Angav and Fooda. Crossing from the border continues every day.

Click here to donate to the Central African Republic