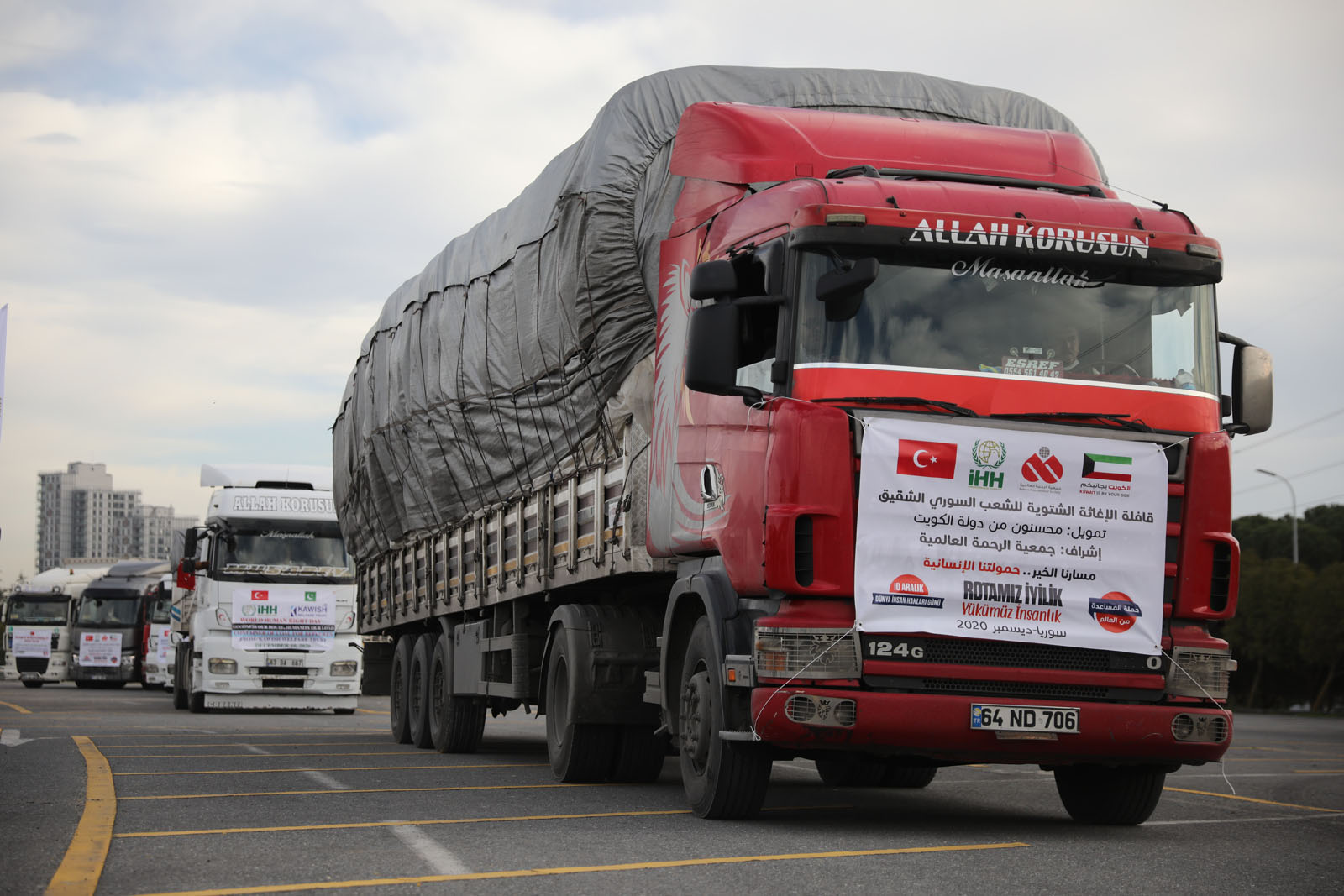 Hundreds of thousands of deprived people in Syria are struggling to survive in refugee camps. Due to the arrival of winter and the coronavirus pandemic, living conditions in these camps have become even more difficult. IHH Humanitarian Relief Foundation took action in an attempt of establishing a warmer environment and to provide the children with winter clothing. IHH sent a total of 350 trucks, 50 from Istanbul and 300 from other cities, to Syria with a ceremony held at the Istanbul Atatürk Olympic Stadium.

IHH General Secretary Durmuş Aydın pointed out that basic food prices had increased by more than 100% in Syria since the end of 2019, hence 6 of every 10 people were suffering from severe poverty in Syria. He added: 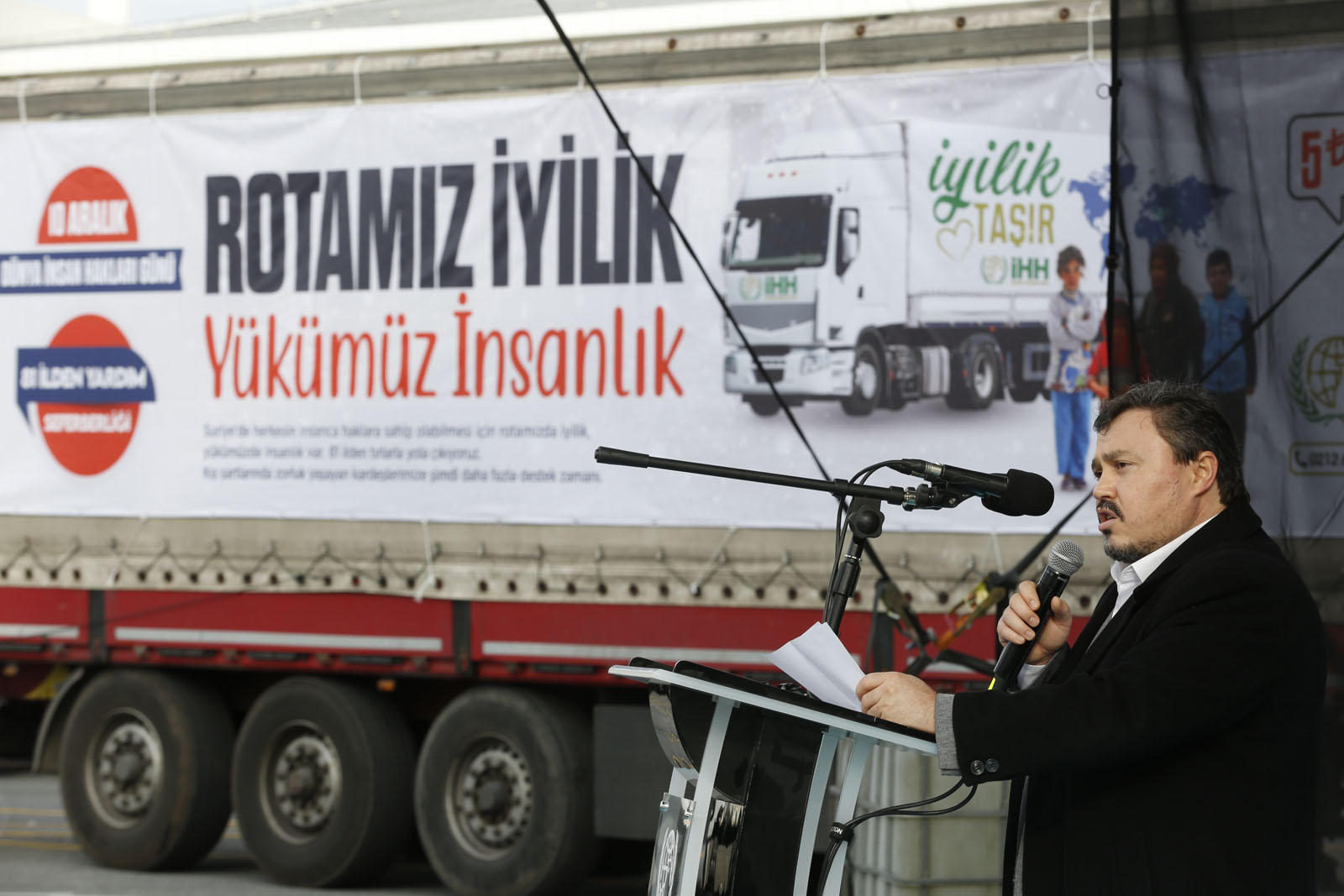 “Today, the food prices in Syria are 20 times higher than before the conflict began. The urgent needs of people living in tents in the country including food provisions, especially flour, cleaning materials, stoves, fuel, blankets, sponge mattresses, kitchen equipment, linens, winter clothing, shoes, powdered milk, baby biscuits, children and adult disposable diapers are increasing. Let’s build new homes, heat the tents, distribute coats and boots to the children, give food to those that have none, be a ray of hope to families that have no livelihood. Let’s be a pen, exercise book, book, classroom, a school for the children that want an education. Let’s be a ray of hope for these children. Here today, we are declaring once again that we are supporting and will continue to support the oppressed.” 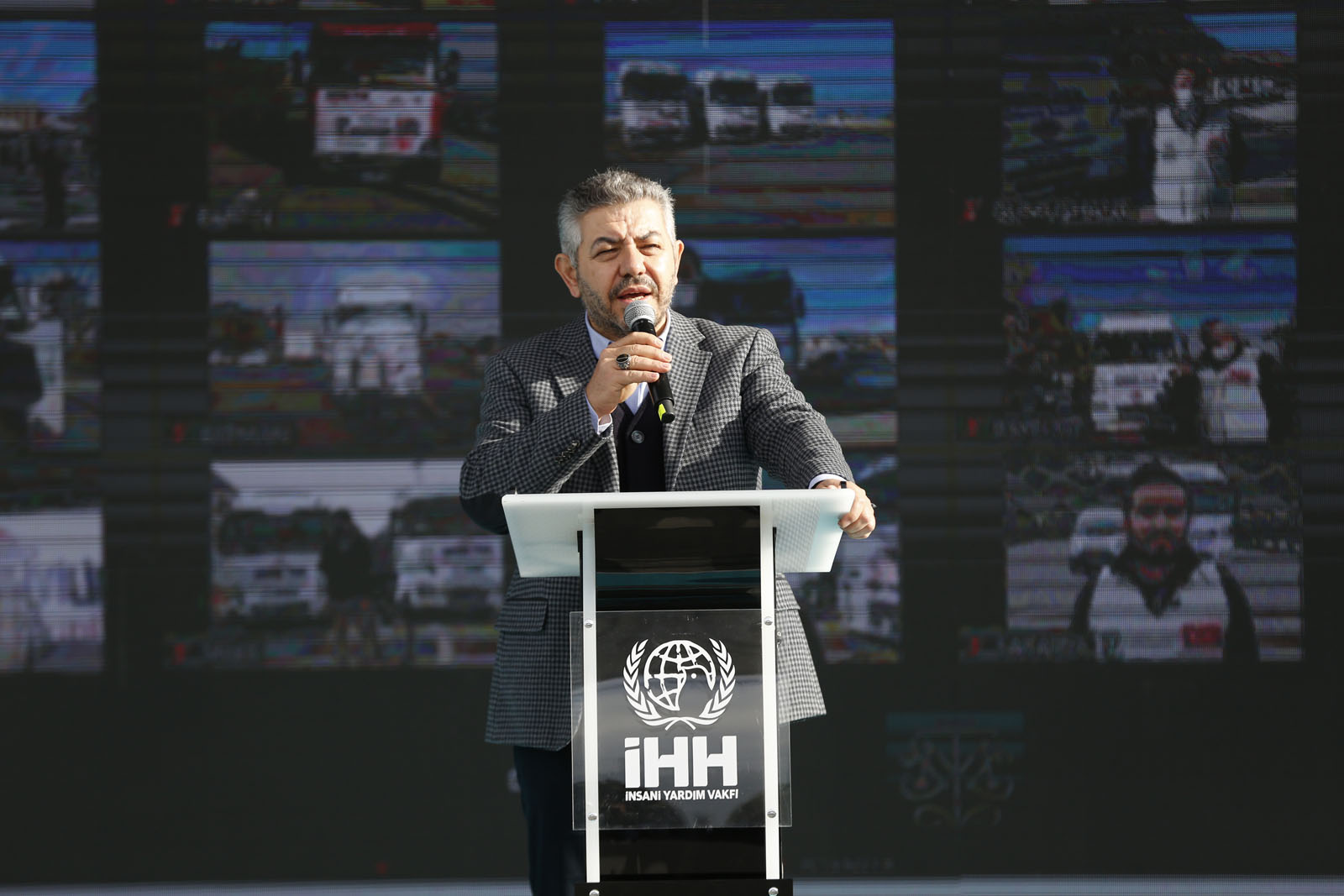 “We could not simply turn a blind eye”

Speaking after Durmuş Aydın, Önder Imam Hatip Students Association General Secretary Kamber Çal mentioned that unfortunately within the general Islamic geography there are a large number of oppressed, aggrieved, and persecuted people. He said “more than 600.000 people have lost their lives in the Syrian War. As Muslims, we cannot turn a blind eye to this. Fortunately, there are organizations like IHH and the Red Crescent. Raising the issue of the hardships that the people in Islamic geography are suffering on 10 December, World Human Rights Day is extremely important. I would like to make this appeal to all the Islamic countries today: Based on the hadith “We cannot sleep while our neighbor is hungry”, support our brothers and sisters that are suffering from persecution in the Islamic geography. I would like to thank IHH that pioneered this organization with the slogan “Our Route is Kindness, Our Load is Humanity.” 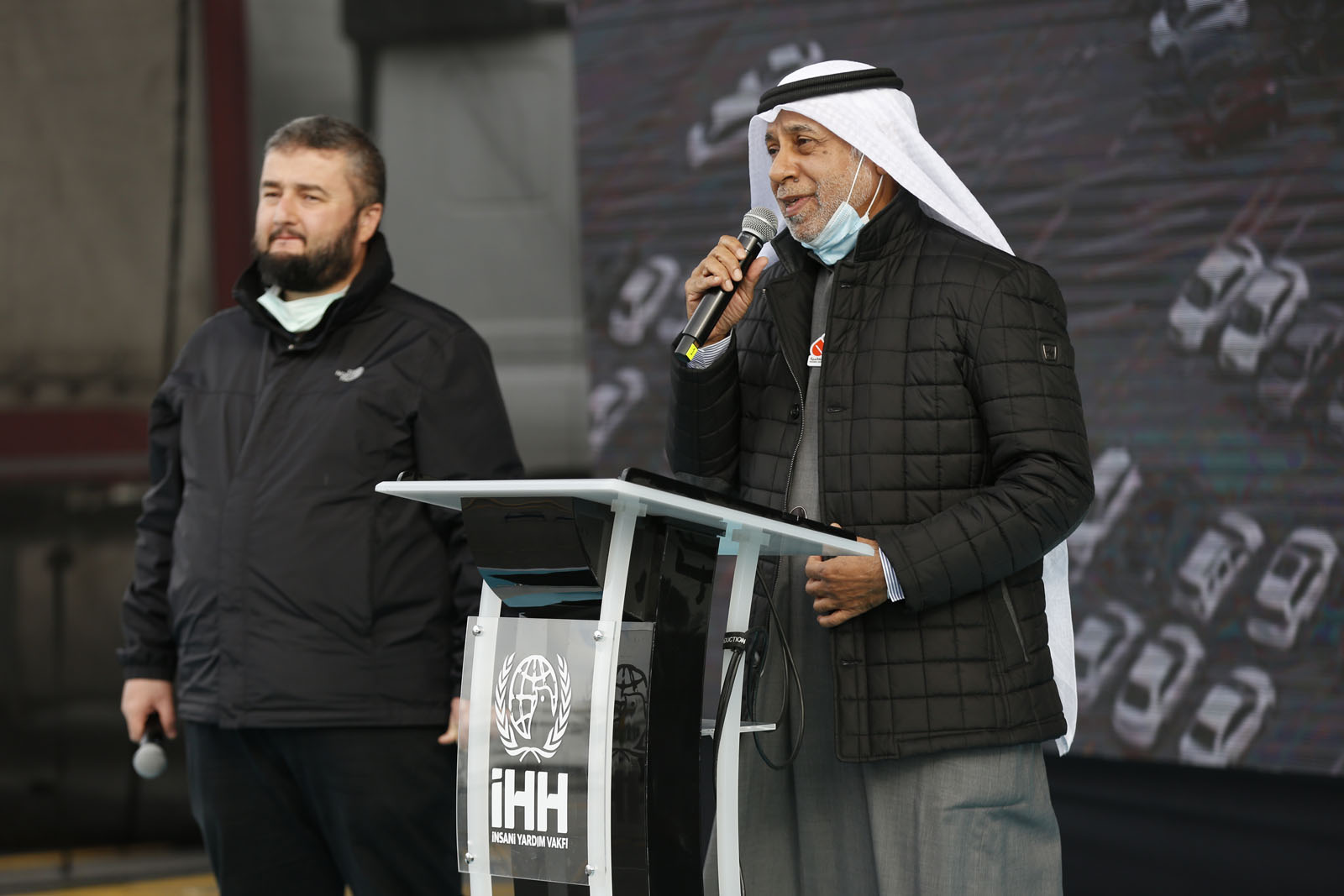 “We, the people of Kuwait, support Syria”

“We as the people of Kuwait are so delighted to be with you on such a blessed day and blessed convoy. I offer my sincere thanks to the people of Turkey that are the Ansar (helpers) of the Syrian refugees. In the Al-Rahma organization, we have been conducting joint efforts with IHH since the crisis in Syria first began. IHH is carrying out many credible projects in Syria. I would like to greet all the heroes that contributed to these blessed efforts. Representing the Kuwaiti nation, we are donating 25 trucks of aid to this campaign. In the near future, we will be increasing these efforts. We would like to offer our thanks to the Turkish people and IHH for these aid efforts.” 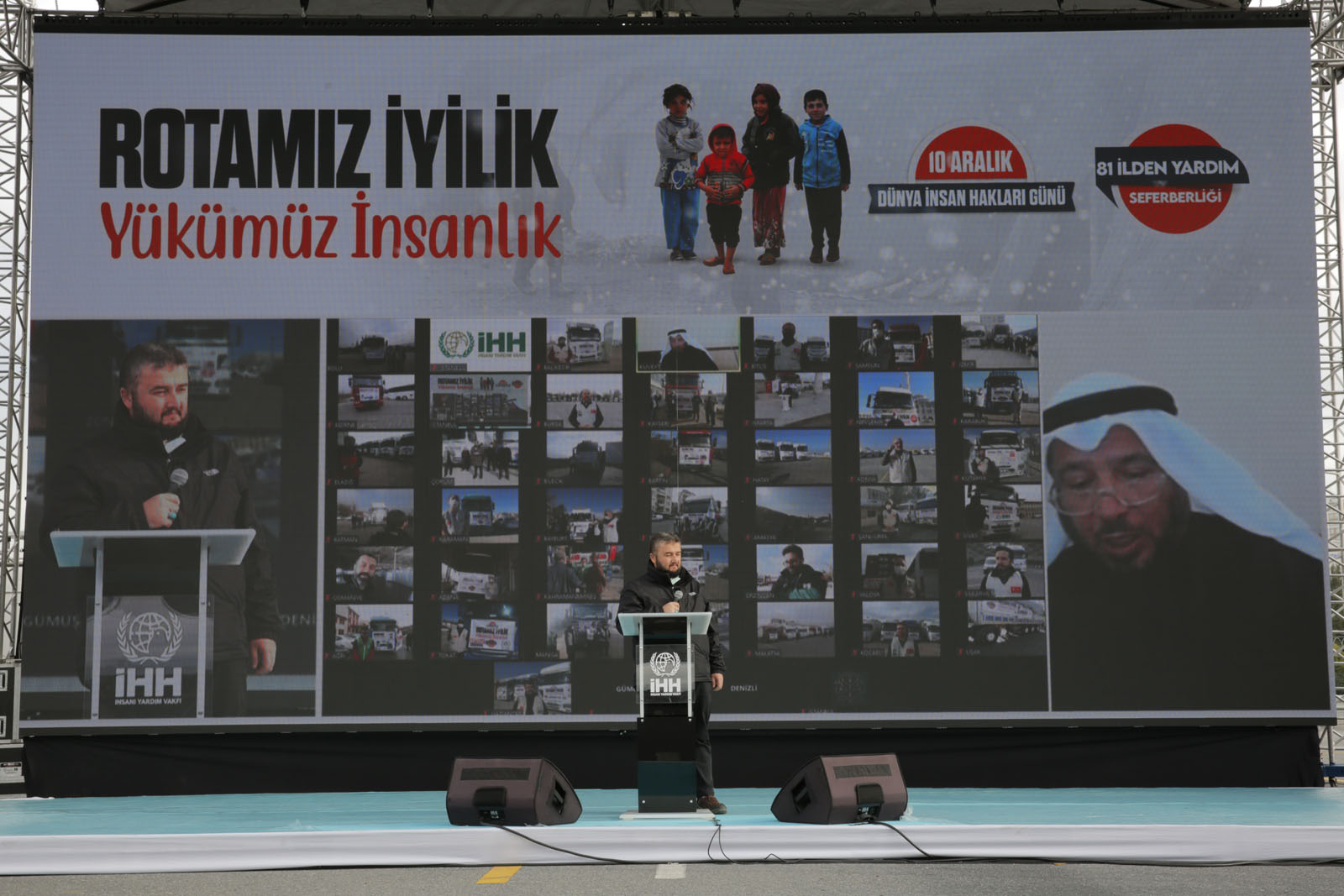 “We are supporting the Syrian people in the winter months”

Chairman of the Kuwait IICO organization who joined the program via live broadcast said “We are delighted that we are a part of this aid convoy. We are honored to be supporting the oppressed Syrian people. I offer my sincere gratitude to Turkey and the Turkish people for the aid efforts organized for the Syrian people. In addition, we are also carrying out other joint projects with IHH in Syria. Unfortunately, the crisis in Syria has reached the levels that have not been seen since World War I.” Almatouq added “While the harsh conditions of winter are approaching on one hand, and these people are struggling with the coronavirus pandemic on the other, we will continue to support the Syrian people. We are constructing a village in Syria in an attempt of solving one of the main problems in Syria, the issue of shelter. This will also come with a school and a mosque.” 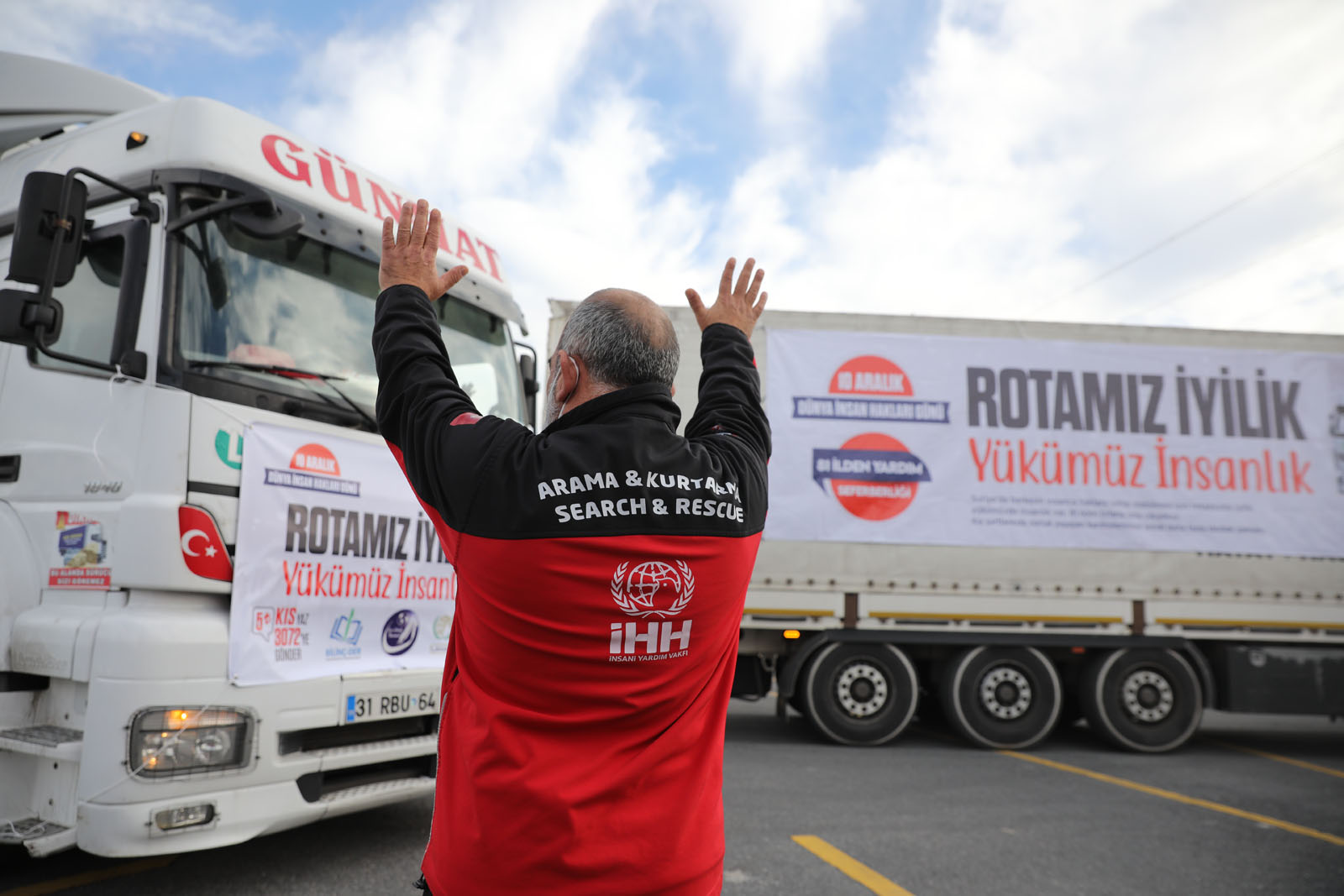 28 trucks set out from Konya

IHH Konya Branch President Hüseyin Uysal said “Today, as a part of the “Our Route is Kindness, Our Load is Humanity” campaign, we from IHH Konya Branch are sending 28 trucks from Konya. In total, during and after the campaign we will be sending 51 trucks of humanitarian aid to Syria. We offer our gratitude to the people of Turkey and the people of Konya. Supporting the oppressed is a great honor. Our aid operations will continue. We thank everyone that contributed.”

25 trucks set out from Bursa

Hüseyin Kaptan, President of IHH Bursa Branch said “Today, 25 trucks set out on the campaign we launched with the slogan ‘The warmth of brotherhood.’ Our trucks contain basic needs including clothing and flour. We will be increasing the number of trucks to 35 within ten days, and we will continue to support the oppressed Syrian people. The people of Bursa have always been united for the Syrian people. I would like to offer our gratitude and greetings to all those who contributed.” 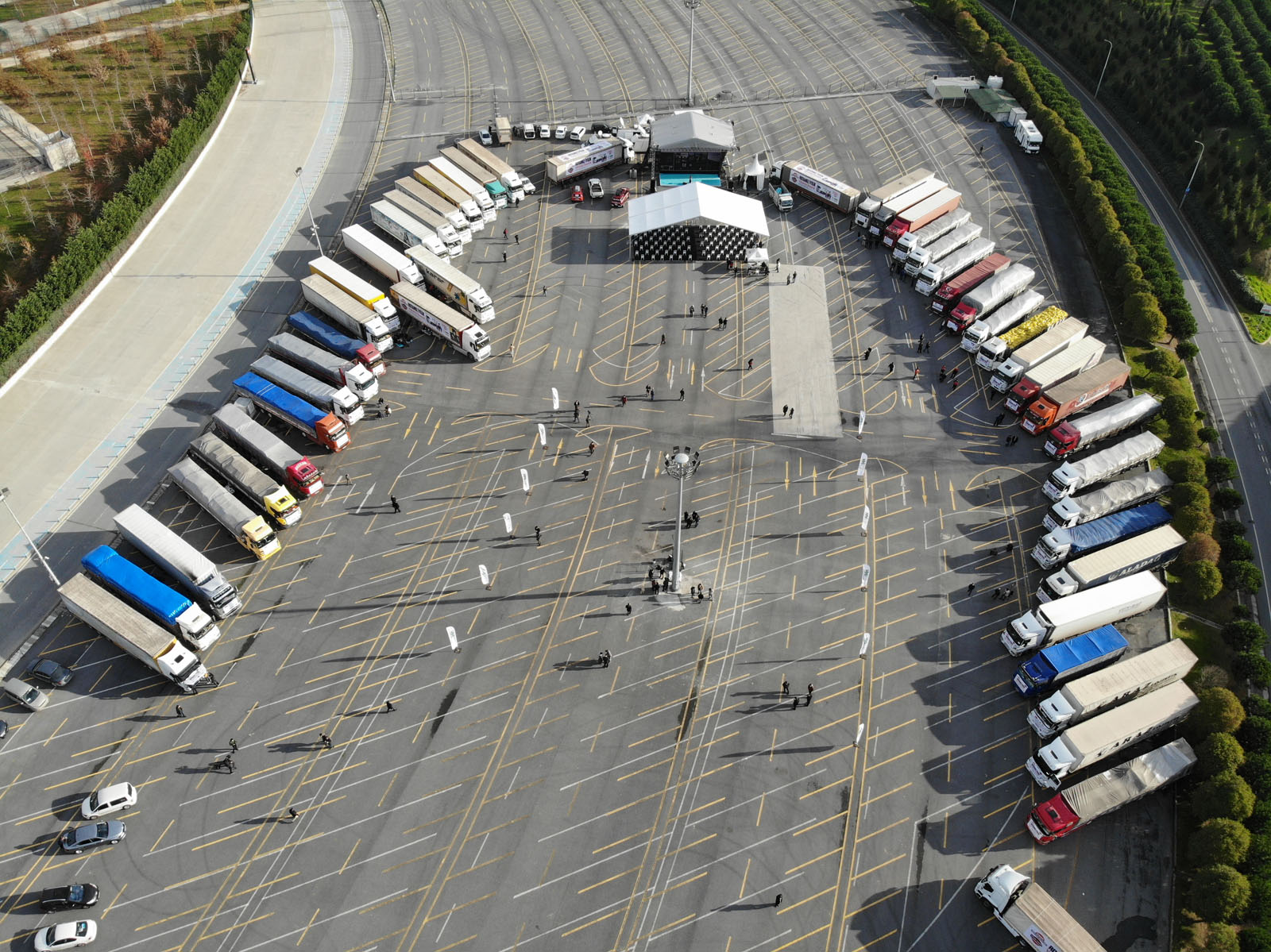 Following the speeches, the humanitarian aid trucks that set out from the various cities of Turkey including Istanbul, Bursa and Konya, departed for Syria.