A special kind of relief to Nepali Muslims
IHH Humanitarian Relief Foundation is providing support to Nepali people who converted to Islam and face pressure due to their decision to become Muslim.
Nepal 05.03.2012 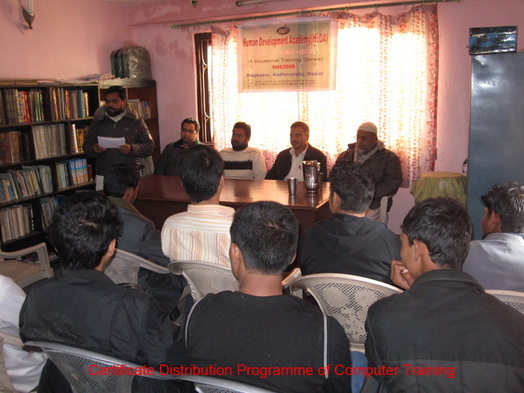 With new projects in Nepal, a country of temples, IHH is providing accommodation and education to Nepali Muslims who have converted to Islam. In addition, vocational training, courses on Islamic morality and Muslim holy book of Quran are offered to these people.

Through its efforts, IHH is trying to ensure that newly converted Muslims live under better economic and cultural circumstances. In Nepal, which is the only Buddhist Empire in the world, there is a growing interest in Islam over the past years. Particularly young people show an interest an Islam and try to have information about it; however, the people who convert to Islam face big pressure from their families.

Young people and women, in particular, face with many problems after converting to Islam which range from being kicked out of their house, being beaten and alienation from the society. In cooperation with the HUDA Foundation, which operates in the region, IHH has been providing support to converted Muslims.

Nepal is like undergoing the Era of Ignorance today during which Muslims faced big pressure due to their beliefs.

Over the past six months, IHH and HUDA Foundation carried out many important projects in Nepal where newly converted Muslims face big pressure due to their beliefs. A two-storey building was rented by the HUDA Foundation to serve for the new Muslims while the IHH met all the needs of this building. Vocational education and courses on Islam and Quran are offered to Nepali Muslims at this building.

IHH also delivered clothes to 45 converted Muslims while six women in capital city of Kathmandu were provided with accommodation. In addition, accommodation and scholarships were provided to 19 students who were kicked out of their houses after they converted to Islam.

All the relief efforts in Nepal are made thanks to donations from Turkish charity givers. Those who want to support newly converted Muslims in Nepal can apply to the IHH to make donations.