Plane crash victims to be brought to Turkey
The bodies of IHH volunteer Bahattin Yıldız, also a member of the Human and Civilization Movement, and IHH Asia Representative Faruk Aktaş, who died in a plane crash in Afghanistan on 17 May 2010, are
Afghanistan, CentralAsia, Turkey 26.07.2010 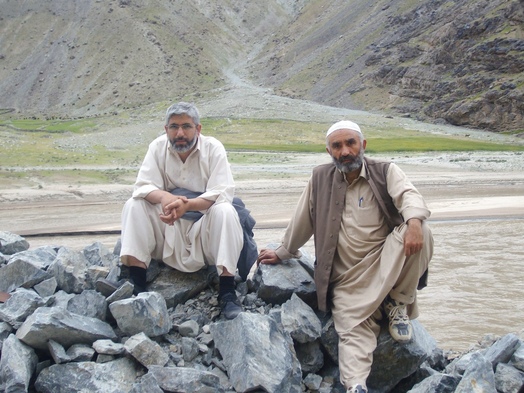 Since the bodies were damaged to an unrecognizable extent, Yıldız and Aktaş could only be identified in a DNA test. The plane carrying their bodies is expected to land in Istanbul Ataturk Airport at 14:00 on 27 July.

Funeral prayers for the two volunteers will be held the following day at Fatih Mosque in Istanbul after the afternoon prayer, and they will be put to rest at Edirnekapı cemetery.

Yıldız and Aktaş were in the area to look for a land for an orphanage planned to be built. On the way back their plane crashed in the Salang Pass. Heavy show fall and fog made it impossible to reach the crash site for four days. It took days to identify the victims since the plane was totally destroyed. Forensic personnel who were sent to Afghanistan from Turkey identified the bodies of the two volunteers with DNA test.

Ahmet İgbal and Aynuddin Yoldaş, manager and foreign affairs representative of Hedef Foundation respectively, a partner organization of the IHH, were also on the same plane. They were two promising young humanitarian workers who could speak 4-5 languages and they meant a lot to Afghanistan. Their death was a big loss for the IHH, Turkey and Afghanistan alike.

Yıldız was a fan of Afghanistan and he died there as he had desired. Born in 1956 in Sivas Province, Yıldız went to İzmir İmam-Hatip High-School and graduated in 1975. He finished Management School of Erzurum University in 1987. His writings were published in Mavera, Güldeste, Gurbet magazines and Milli Gazete newspaper. He was a writer with Dunyabulteni, an online news page. Warring Afghanistan, Jihad Diary, Snow Flower, Footprints on the Snow and Valley of Roses are some of his published books. He had three daughters and two sons. He was known as Brother Bahattin for his gentle, honest, inoffensive, admirable personality. Contributing to Islam and its cause was the utmost objective to him. He had close friendship with prominent Afghan leaders. He used to regularly meet former Afghan President Burhanuddin Rabbani. He was considered a son of Afghanistan.

Born in 1974 in Iğdır Province, Aktaş went to primary and secondary school in the same province. He lost his father when he was a child and grew up an orphan. He graduated from Sharia Law School of the Islamic University of Pakistan in 2002 and could speak English, Arabic and Urdu. His family live in Istanbul with a six-year old child named Muhammed Ferzan. He was known in the IHH for his hard work and modesty, and was admired by all. He was intending to do many things, especially for orphans. Allah blessed him with martyrdom. The IHH is preparing to bid farewell to another martyr after the Mavi Marmara martyrs. All concerned citizens are urged to attend the funeral.