Under decades of occupation, 47.000 people lost their lives due to the conflict and attacks in Afghanistan. It also left thousands of children orphaned. The drought that hit this year is making things worse because it has become extremely difficult for the people to even find food and drinking water. All these hardships are forcing the Afghani people to seek asylum. According to UN data, 14 million Afghani people are suffering from hunger.

In the last 25 years, IHH Humanitarian Relief Foundation has been materializing many projects in Afghanistan, such as humanitarian aid, orphan support, and improvement/development projects in the country. Following the recent crisis, IHH delivered 1.520 food packages containing rice, dried beans, cooking oil, salt, sugar and tea to people in need. A total of 7.700 Afghani people benefitted from this aid distribution. This aid was distributed in the capital Kabul, Ghazni, Maidan Shar, Saidabad, Tahar, Kunduz and Baghlan. 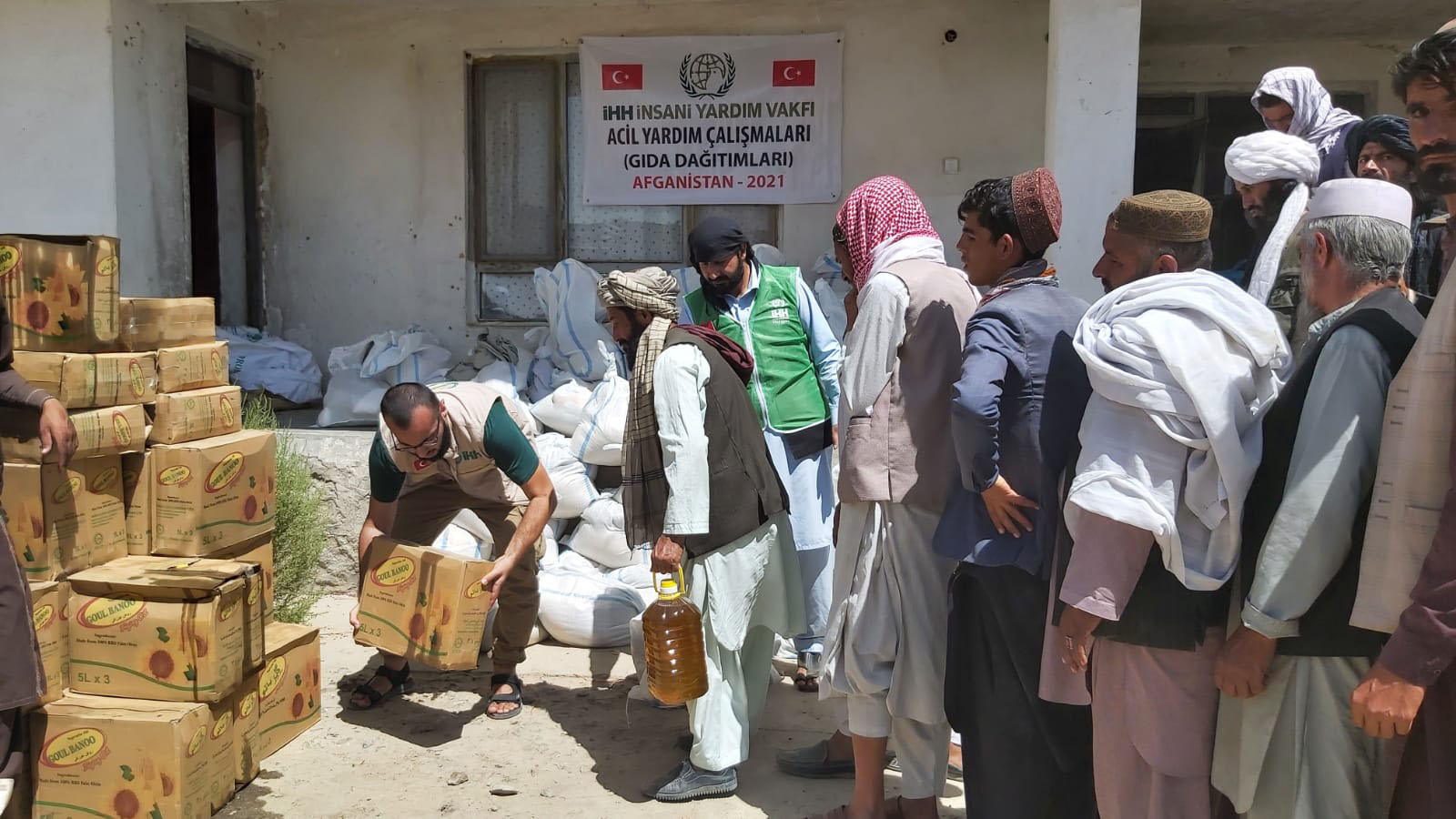 “We will be materializing healthcare projects”

Highlighting the lack of drinking water due to the severe drought in the country, IHH Kabul Office Representative Mücahit Kılıç said that priority would be given to drinking water provision. Kılıç summarized IHH’s most recent aid efforts in Afghanistan:

“In these times when the Afghani people are suffering from famine due to conflict, and also economic and other reasons, we in IHH launched its emergency aid distribution and we are continuing these aid projects in many parts of Afghanistan. At the same time, we also conducted and will continue to carry out the necessary assessments in the field of healthcare where the facilities here are extremely limited.  In this regard, in the very near future we plan to materialize multi-functional projects in the field of healthcare.

Afghanistan is in desperate need of emergency aid

In order to reach out more people in Afghanistan, the support of donors is needed urgently. With the donations received, IHH will be able to continue to heal to wounds of the Afghani people. Donors who wish to support the Afghani people can contribute to IHH aid projects by donating to our foundation’s bank accounts stating the code Afghanistan Emergency Aid.