Asian aid convoy begins journey for Gaza
A group of pro-Palestine activists left India on Thursday to take humanitarian aid to Gaza which has been suffering from an Israeli blockade for four years.
Palestine, Indıa, Turkey 07.12.2010 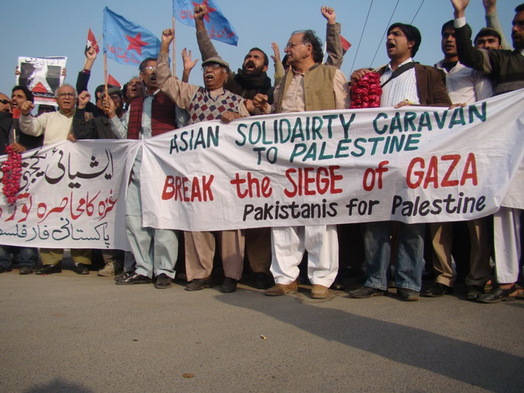 There are around 150 activists from 22 countries in the convoy which began its journey from Indian capital New Delhi on Dec. 2.

The activists will travel through Pakistan, Iran, Turkey, Syria, Lebanon, Jordan and Egypt, entering Gaza through the Rafah Crossing. Contrary to what other convoys did, participants of the Asian aid convoy will complete their travel with buses in every country not with their private vehicles. The Turkey leg of the event will be hosted by the IHH Humanitarian Relief Foundation. The IHH will hold events in the cities the aid convoy will travel through.

The convoy also named as “Asian People’s Solidarity for Palestine” is expected to arrive in Turkey on Dec. 17. The IHH plans to hold a big event in Diyarbakır for the activists. Following the program in Diyarbakır, the convoy will move to Syria. If they face no obstacles, activists will have arrived in Gaza on Dec. 27 which marks the second anniversary of Israeli attacks on the coastal enclave.