BülentYıldırım’s Support to IHH Düzce
Bülent Yıldırım, the president of IHH went to Düzce in order to give support to the aid campaign for Syria.
Syria, Turkey 13.01.2014

Aid campaign for Syria which is initiated by IHH Düzce branch continues in the aid truck parked before the city hall. IHH’s president Bülent Yıldırım who went to Düzce for support to the campaign was welcome by IHH authorities among whom there was MP of Düzce İbrahim Korkmaz.

A Syrian, Ayman Shaban who accompanied Yıldırım to Düzce commented that “The oppression in Syria is going on over the past 3 years” and added that Turkey has embraced them.

Mr. Yıldırım, who said that the people of Düzce were always mobilized whenever there was oppression since the wartime in Bosnia, asserted that their goal was at least 20 aid trucks in Düzce. Regarding the issue of trucks, Yıldırım said that “Everybody should turn back from this wrong path”.

Yıldırım: “Today, IHH is a negotiator in conflicts between Muslims around the world and a very important agent. Naturally Israel and Zionists took action against an agent at this position between Christians and Muslims in the world. We are a threat for Israel and we are proud of it because Israel poses a threat for the humanity. In order to get IHH enlisted with terrorist organizations, international powers orchestrated an operation through that TRUCK and immediately spied on us to the West. To whom you are spying on us? If we were to be afraid of them we would not have gone to confront Israeli blockade on Gaza. This country is so important. Everybody should repent and turn back from this wrong path.”

When asked about Mavi Marmara, “Currently Mavi Marmara is kept in the golden horn of Istanbul ready to sail. It was a movement which developed in order to disclose the real Zionists and the oppressor. We did it by shedding our blood in the Mediterranean. It will start up again after completing its journey on land in order to disclose the Zionists in Turkey and in the world” he replied. 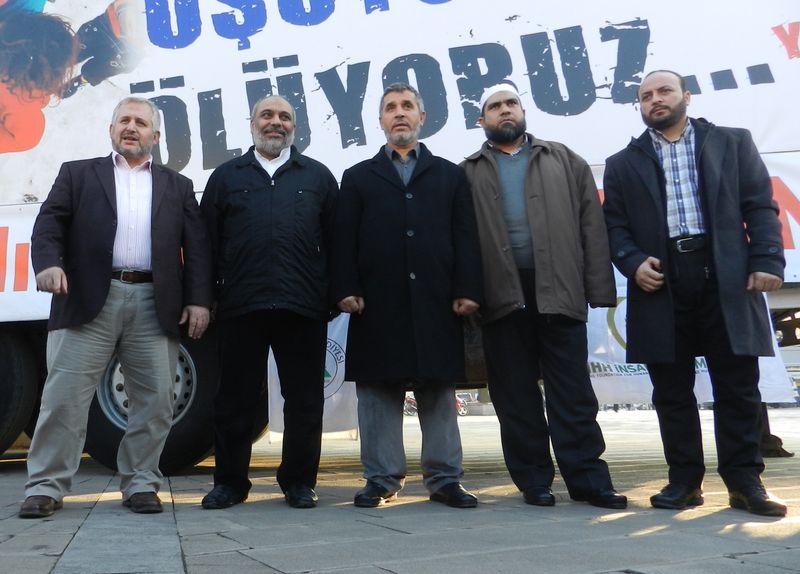