Crisis Furthers In the Mediterranean, Turkish Government Expected To Intervene
Israeli assault boats are harassing the ships of the Freedom Flotilla, which are carrying humanitarian aid to Palestine. 6 ships are persistently followed by Israeli warships despite being in internat
Palestine, MiddleEast, Turkey 31.05.2010 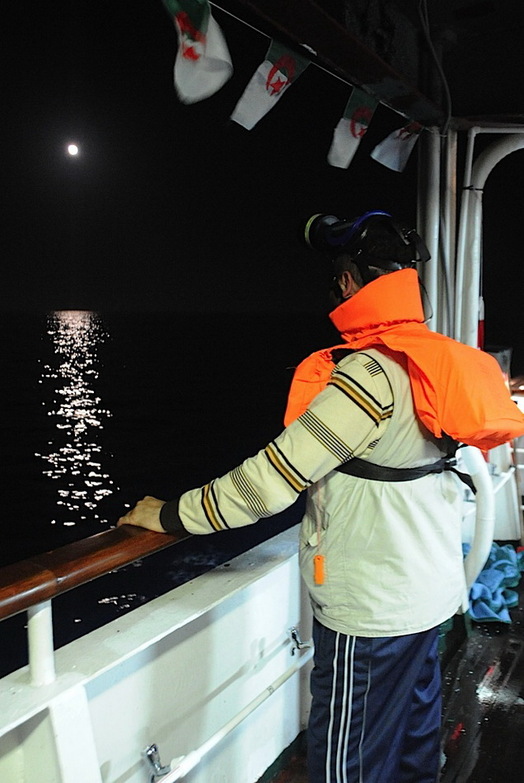 The activists onboard are trying to make their voices heard through live broadcast. There are women, children and the elderly onboard. The ship is packed with civilians. An operation by the Israeli navy with gas canisters might lead to chaos onboard.

The PM of Turkey Is Expected To Interfere

As the crisis furthers in Mediterranean, Turkish government is expected to interfere. Flotilla organizers expect the Prime Minister of Turkey, Erdogan, to interfere into the situation and stop a possible military operation by Israel.

Diplomatic negotiations are thought to be run behind the curtains, as the harassment continues in the waters of Mediterranean. Unless the states come up with a solution to the crisis which has been talked about for many days now, Israel is set to carry out a military operation on the ships tonight towards the dawn.

If Israel does not intercept, the ships are planned to arrive in Gaza tomorrow morning.