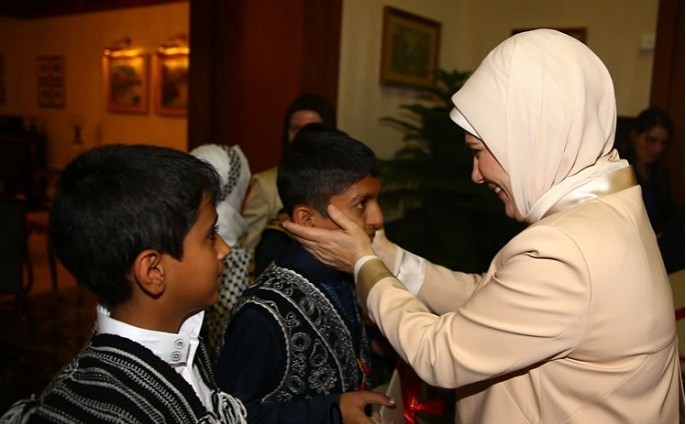 Her excellency Emine Erdogan, wife of the the president Recep Tayyip Erdoğan received the orphans who have come to Turkey on the occasion of 6th International Children’s Meeting at the presidential residence. The orphans further visited the mayor of Istanbul at his office.

The first lady welcomed the orphan children, who have come to Turkey to attend 6th International Children’s Meeting organized by IHH, at the presidential residence. Mrs.Erdogan gave a warm hug to all children. She received brief from the officers and offered presents to the children. The children gave presents to the first lady as well. Emine Erdogan threw a lunch party for the children from Tanzania, Lebanon, Yemen, Syria, Bosnia-Herzegovina and Pakistan and chatted along with them. 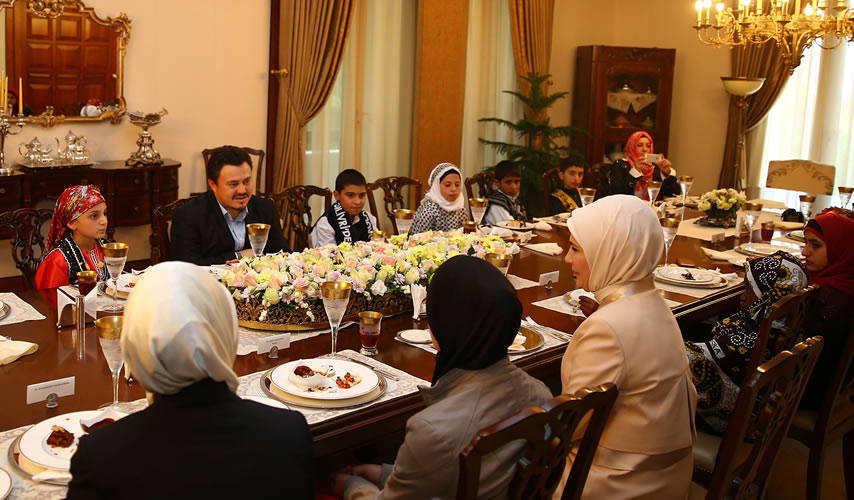 One of the children visiting the first lady was Haitham from Syria who lost his father in the war two years ago. Haitham is currently living in Reyhanlı refugee camp in Hatay, in the south of Turkey. He said that he is attending the Turkish classes in the camp and wants to be able to speak Turkish fluently as soon as possible.

IHH team had a surprise for Emine Erdogan that is the two orphan children Erdogan family is supporting via IHH were also among the visiting children.

Mrs.Erdogan was so moved by this surprise. “This is so touching. Indeed it has been a great surprise for me” she said.

One of the children Erdogan family is supporting is Raya from Tanzania who lost her father 5 years ago. Raya is living in a village off Zanzibar with her mother and 5 siblings. When asked by the first lady about her future plans, 10-year old Raya said that she wants to be a teacher. 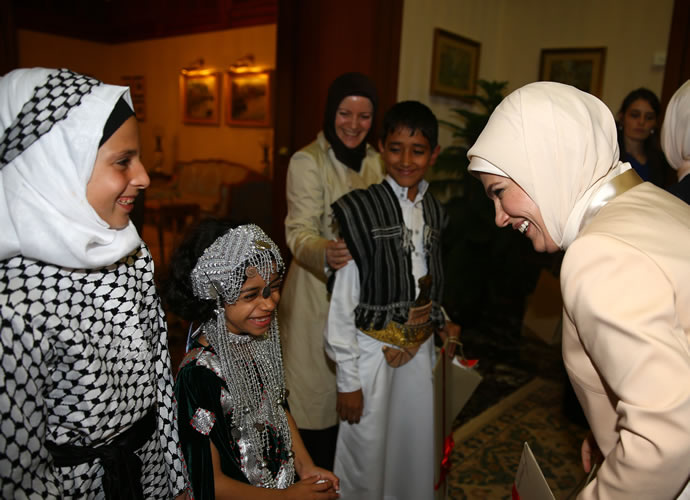 The first lady received a brief about orphan-related activities of IHH and expressed that the orphans were not in the responsibility of certain organizations but the whole society. She wished success to the children who came to visit her and added: “I hope I live to see you in high positions in the future.”

The children offered various presents from their countries like coffee from Yemen and Bosnia, traditionally woven textiles. EmineErdogan took a family picture with all the children and saw them off with presents including wristwatches, puzzle maps of Turkey, and organic apple candies. 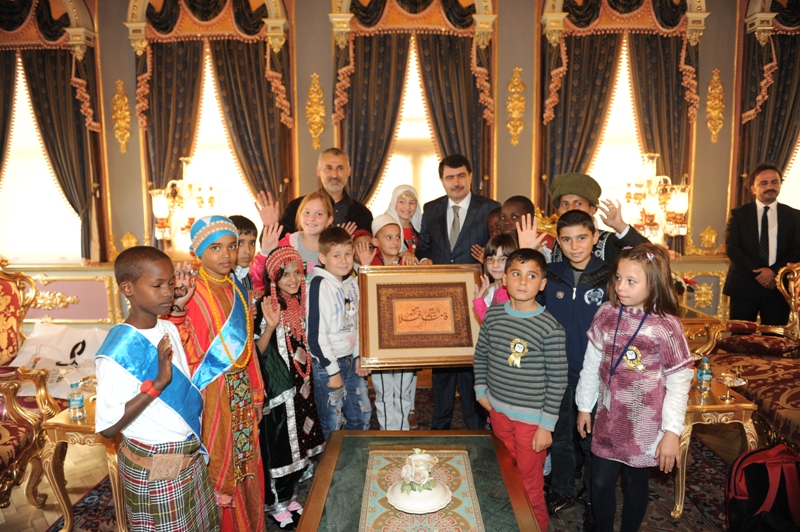 Visit to the Istanbul Mayor

The orphans also paid a visit to the mayor of Istanbul as a part of their programme. Istanbul mayor VasipŞahin received the orphan children at his office. IHH Humanitarian Aid Organization Orphan Unit Head Murat Yılmaz also attended the visit. Mr Şahin chatted with children from various countries and offered them presents.

Şahin entertained each and every orphan child and took a picture altogether.