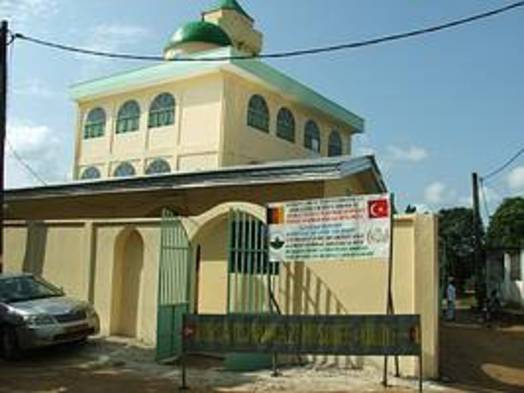 Cameroon is a western African country with a population of 16 million. Cameroon people could not get rid of the exploitation policies of the western countries,either. Even if the independence of Cameroon, which was living under exploitation since the 15th century, was declared in 1973, the exploitation understanding is still going on.

With its tropical climate, rain forests,oil, coffee, cacao, palm oil and the world’s highest quality timber, it is among the lucky countries in Africa. But even if it has all these underground and ground resources, it is still among the poorest African countries according to the distribution of the income. All the economical corporations in the country belong to France and the other western countries.

Half of the population in Cameroon is consisted of Muslims. But the Muslim population is not very effective in the country. The educational institutions of the Muslims are not enough.

In order to fill this gap, IHH, Humanitarian Relief Foundation is going on its social aid facilities.

Two mosques and a school whose ground work had started in January 2008 by the IHH, have been opened.

In the Pekakatorz district of the Duala city of Cameroon which is with a population of 5 million a harbour trade center, with the donations of Osman Gazi Municipality, a three storey Osman Gazi Mosque has been opened for the service of the people. In the inaguation of the mosque, there were the local authorities in the region, reverends, Vice Chairman of IHH, Durmuş Aydın and member of director of boards of IHH, Osman Atalay.

The mosque that 3 thousands of people will make use of is consisted of three floors; for women, men and a reading place. The opening of a place of worship and a reading house that can meet the needs in the place of a ruined masjid before, made the people of the district very happy. The water well that is opened in the garden of the mosque is meeting the water needs of the people in the neighbourhood.