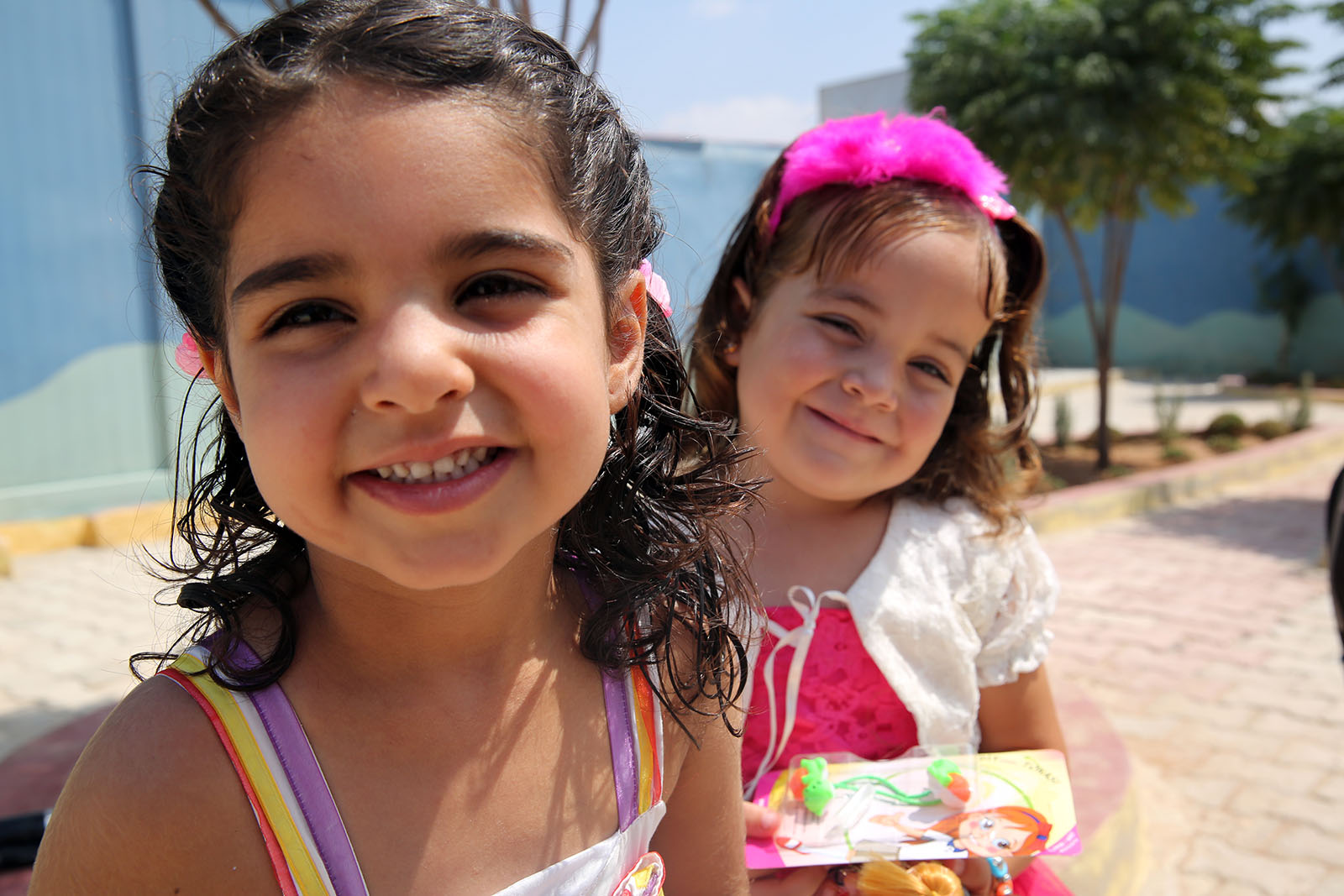 IHH Humanitarian Foundation, in cooperation with Human Movie Team and For Children which are operating as social media movements, have held “Braiding both hair and hearts” Project for 500 girls living in Syrian refugee camps. The team, departing with the slogan “Bringing braids for hair and brotherhood for hearts” with the volunteer hairdressers, have provided haircuts and care for more than 500 girls, mostly orphans living in Siccu, Reyyan, Shemmarin and Mukavama Refugee Camps located in Azez district of Aleppo, Syria. 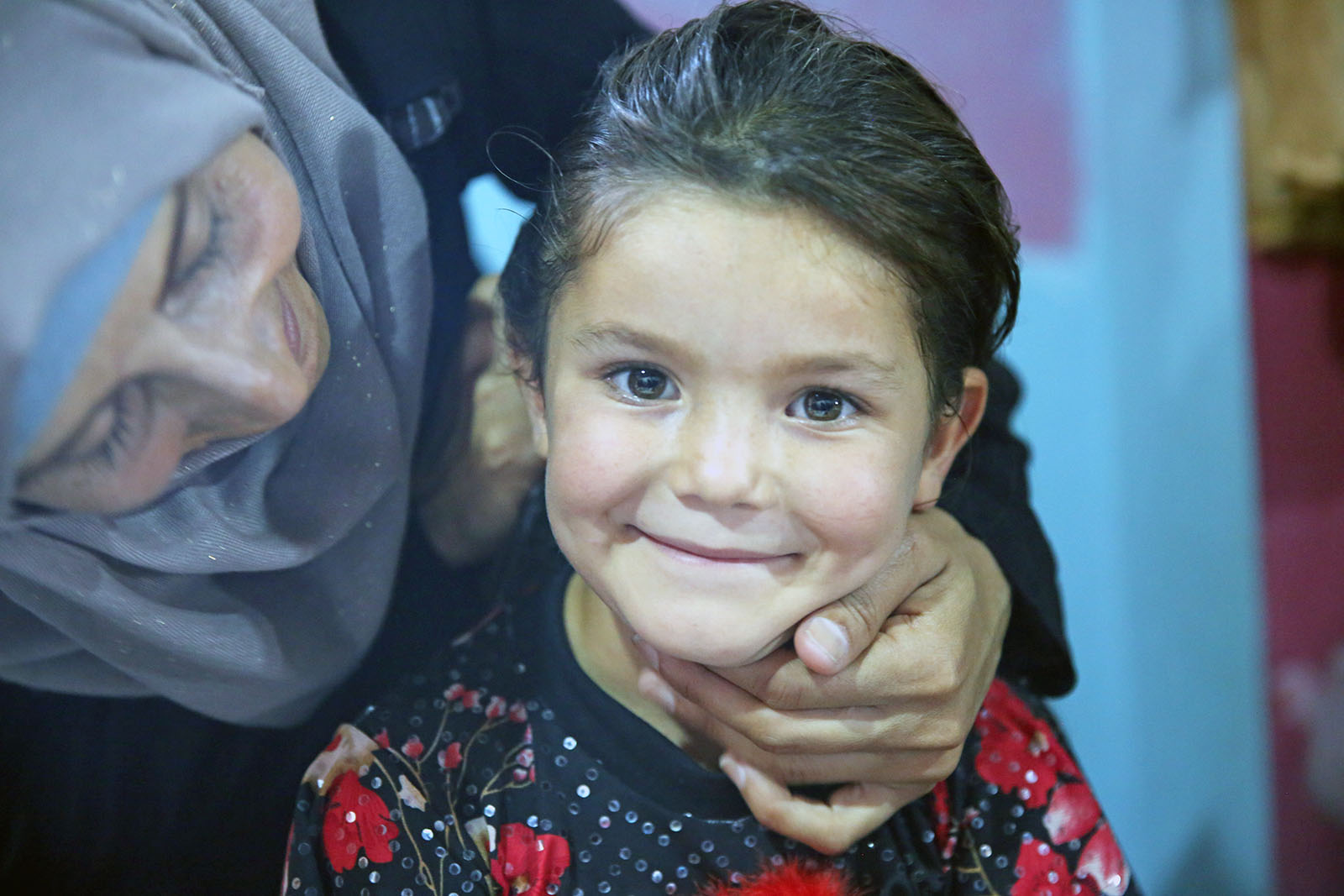 For living in the harsh conditions of refugee camps, the hundreds of girls’ hair was cleaned at first and then combed in the event, where Director Tülay Gökçimen attended. The girl’s blow dry hair was adorned with colourful hair pins. Giving information about the project, Director Gökçimen stated: “We have provided hair care for the children who maybe have never combed their hair in their lives, we adorned their hair with hair pins and reminded them that they are girls.” 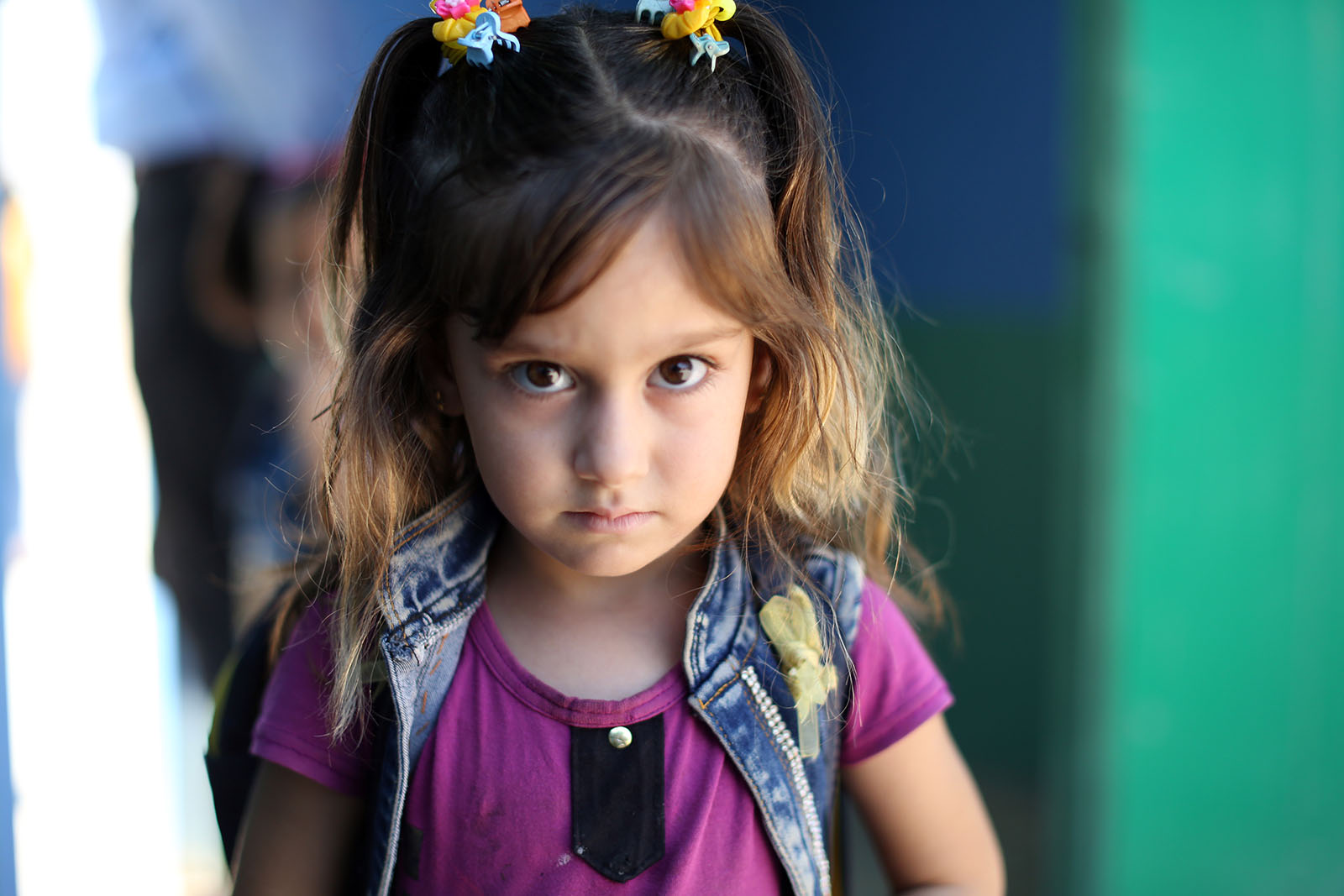 Attending as a volunteer hairdresser from Turkey, Gülsüm Akman said : “With this project, we went beyond the aspect of humanitarian relief, we saw that it made them very happy” 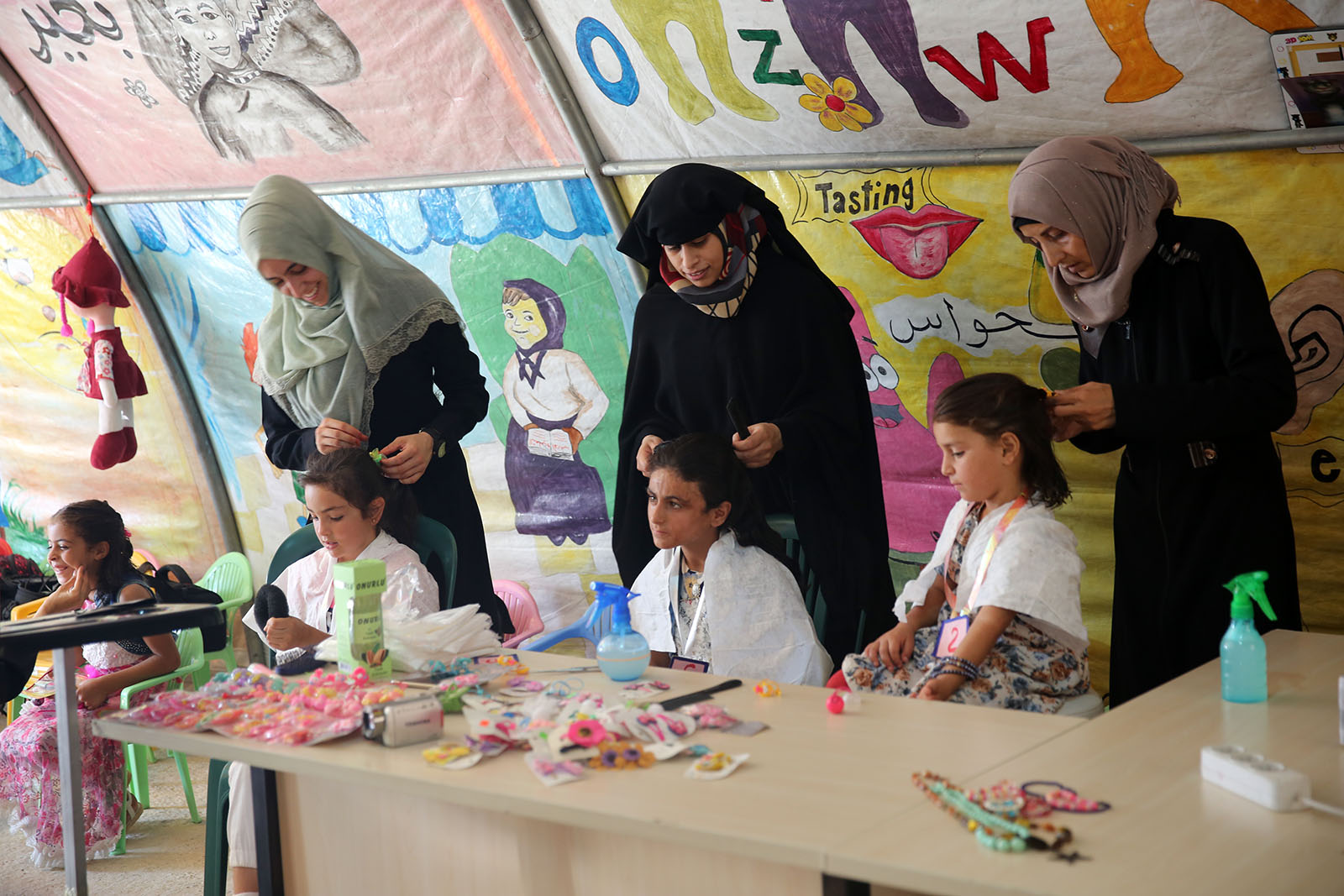 8 year-old Nur living in Reyyan Refugee Camp expressed her thanks and said: “ Today is the best day of my life. I am very happy to be here.” 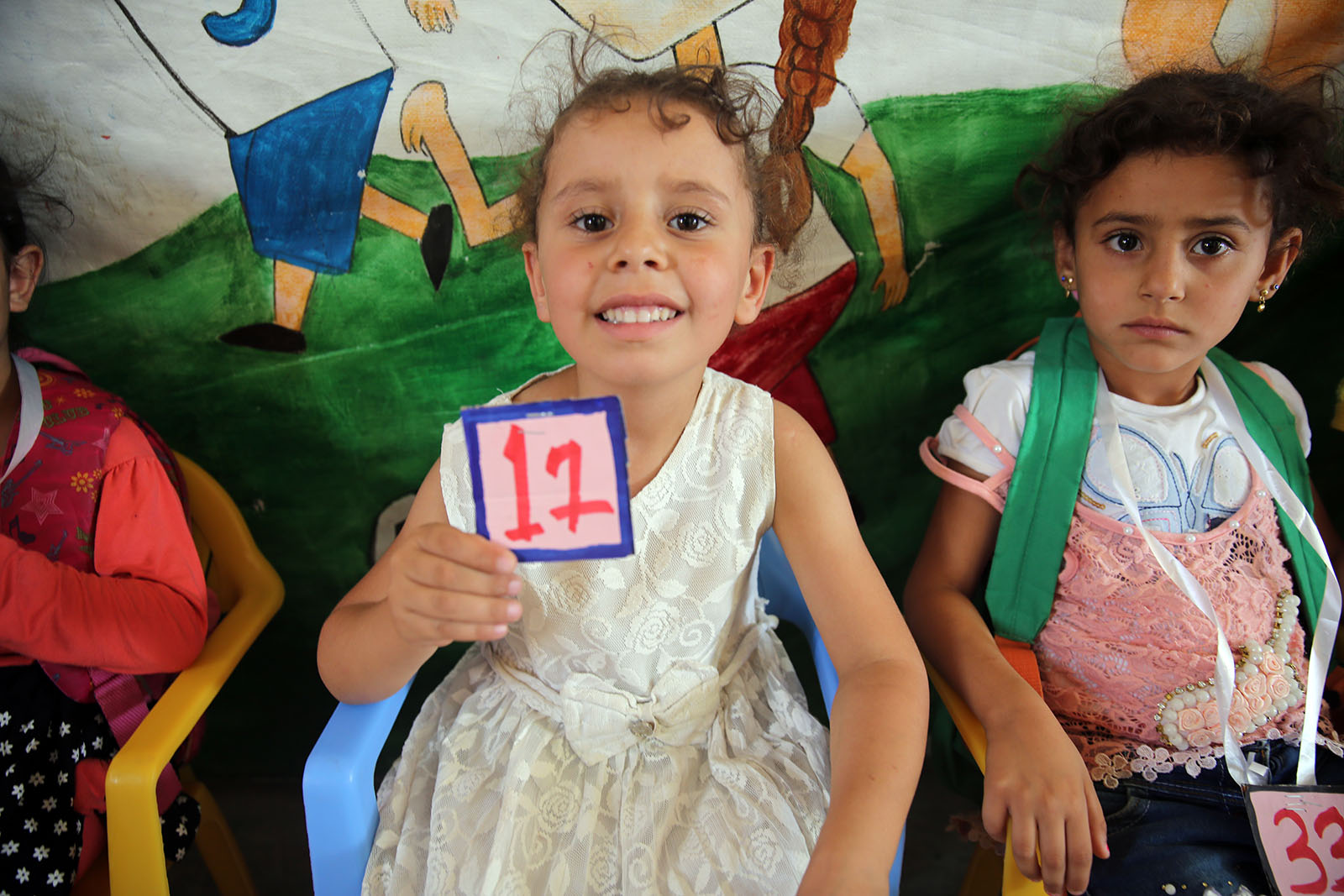 The project held on the 27th-31st of August is also planned to be carried out in other camps in the region.