Hunger alarm in Syria
With the advent of winter, 10 million Syrians face the risk of hunger.
MiddleEast, Syria, Turkey 09.11.2012 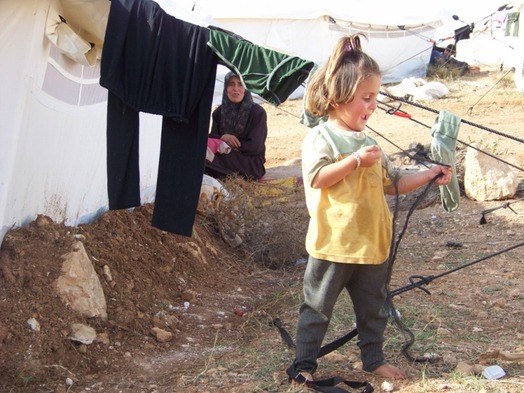 Ongoing clashes in Syria continue to affect the people in the country negatively. Effects of hunger and cold have begun to be felt in the country with the advent of winter. Shortage of medicine in the country is expected to pose a big threat to the Syrians in the upcoming days. Epidemics are feared to break out among Syrian refugees who live in nylon tents.

The 20-month-long war in Syria deepens the humanitarian crisis in the country further every passing day. IHH Humanitarian Relief Foundation, which has been extending a helping hand to Syrians in Syria and those who sought refuge in other countries since the start of the public unrest in Syria, is carrying out non-stop relief efforts.

However, IHH executive board member Osman Atalay who paid a visit to the Babusselam refugee camp in southeastern province of Kilis, said the situation of the Syrian refugees deteriorates every passing day. Atalay said majority of Syrians who had to flee their homes due to the bombardments in their cities and took refuge in other cities or countries are leading a refugee life today.

He said the commercial life in Syria has come to a standstill and animal catering and agricultural sectors were deeply affected due to the displacement of three million people in the country.

Atalay said this situation crates a hunger risk for 10 million people in Syria.

“With the falling temperatures, winter will be felt more in the country and it will be the old people and children who will be affected most by this. People will fight against illnesses. Shortage of oil and diesel fuel leads to a problem for heating. It seems that Syria’s biggest problem will be hunger and shortage of medicine this year. And if things go on like this, not only bombs but also hunger and diseases will hit Syria,” Atalay explained.

Noting that 12,000 people have been living under inappropriate circumstances in tents for the past three months, Atalay added: “Health problems and accommodation problems of these people will lead to serious consequences during winter. Syrian people have begun to fight against hunger and diseases.”

In further remarks, he complained that non-governmental organizations, international relief and healthcare organizations do not give the necessary support to Syrian refugees, noting that serious measures need to be taken to prevent the deaths of the children and old people.

“We call on civil society organizations to urgently provide food, blankets for the Syrian refugees and winter coats and boots for the children,” he said.