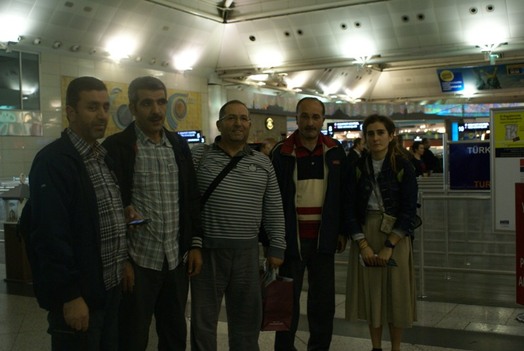 The foundation, which has so far helped the persecuted people of Arakan with health, food, and housing assistance, is working to relieve the suffering of the Arakanese on the ground with staff from the Association of International Doctors (AID).

Communal violence that broke out in June 2012 when 10 Muslims travelling on bus were lynched to death in the town of Taungup by Buddhists spread to the rest of Arakan. Turkey was one of the first countries to respond to calls for help to end the persecution of Muslims in the region.

IHH quickly delivered aid to the refugees who arrived in Bangladesh to flee Arakan, where villages, mosques, and madrasah were set on fire or destroyed, and to those staying in Arakan, Myanmar. The foundation is carrying on providing health aid to the Arakanese.

Health services for the Arakanese people are provided jointly by IHH and AID.

IHH and AID, which had previously dispatched mosquito nets to Arakan as part of a joint project, have moved to open a health care clinic in refugee camps in Akyab where Muslim Rohingya have sought refuge.

The team is planning to procure the necessary medicines in Yangoon city and then travel to the city of Akyab in Arakan region.

Please click to have a look at IHH’s report on Arakan which includes detailed information about the region.