IHH attends meetings for long term vision for Somalia
The IHH Humanitarian Relief Foundation attended meetings in Mogadishu and Nairobi in late September where long-term development projects for Somalia were discussed. The meeting was organized by the Or
Somalia 07.10.2011 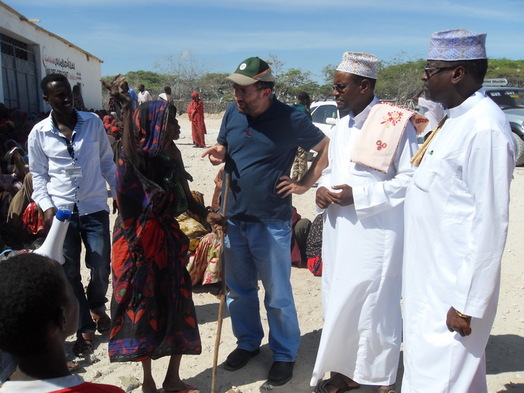 The IHH was the only organization from Turkey at the meetings, which were attended by a total of 120 people from umbrella institutions such as OIC, Humanitarian Forum, UN, Office for the Coordination of Humanitarian Affairs (OCHA), Islamic Development Bank, World Food Programme, World Development Programme in addition to 75 local and international institutions. Having been carrying out relief efforts in Somalia for about 15 years, the IHH informed the delegations in the meetings about the projects it has carried out and plans to carry out in Somalia.

Permanent projects that will save Somalia from fatally affected from disasters such as drought were discussed at the meetings. The participants of the meeting agreed that emergency relief efforts in Somalia should continue to minimize the affects of the humanitarian crises and permanent projects and development programs should be launched in the country to prevent similar tragedies in the future.

Delivering the inauguration speech of the meeting, OIC Ambassador Atta Al Manane, said non-governmental organizations can carry out major projects even at times of war as he cited the cases of Palestine, Afghanistan and Iraq as examples. President of the Humanitarian Forum Dr. Hany El Banna dwelled on the importance of non-governmental organizations’ uniting their power by speaking a common language to address the problems of crisis-hit regions.

Among the conclusions the participants reach regarding the projects to be implemented in Somalia, there are the settlement of social peace and stability in the entire country, opening of new work fields, launching of infrastructural work immediately and continuing relief efforts in the country until Somalia can stand on its two feet. In addition, extensive studies were made about the water shortage issue in the country and the necessary measures which should be taken to improve animal catering and agriculture were also discussed. Permanent projects to address the problems in these areas were also proposed.