IHH sacrifices 45,018 shares of Qurbani in 5 continents
With their 22 years of trusted experience IHH Humanitarian Relief Foundation has conducted Qurban organizational work in 5 continents compromising of 93 countries and regions.
04.10.2014

With their 22 years of trusted experience IHH Humanitarian Relief Foundation has conducted Qurban organizational work in 93 countries and regions. During this Eid al-Adha, IHH distributed 45,018 shares of Qurbani meat approximately to one million and six hundred thousand people in need. 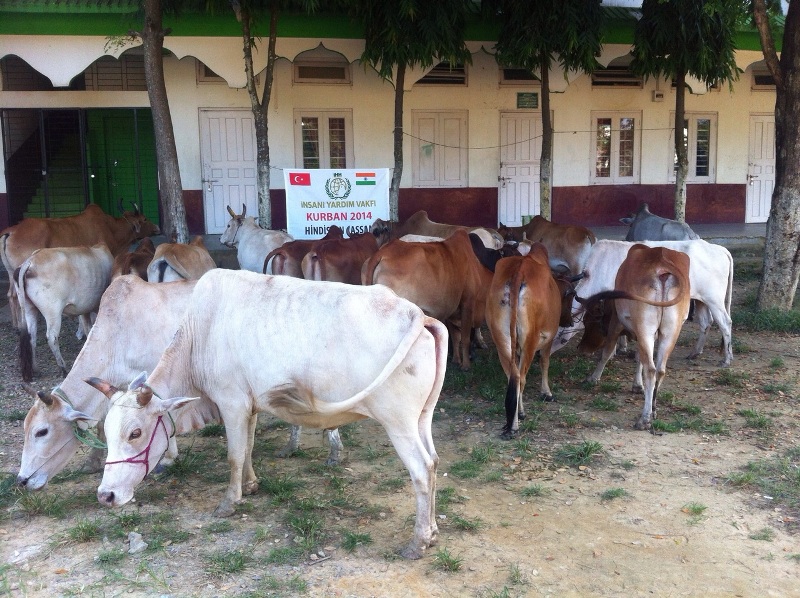 IHH Humanitarian Relief Foundation completed the sacrificing of the Qurbanis in 5 continents compromising of 93 countries and regions. 45,018 shares of Qurbani were distributed to the needy overseas and interstate.

IHH teams that have spread around the world due to the occasion of Eid, are not only taking Qurbani meat to their brothers and sisters in need but are also at the same time supporting them with various projects aimed at improving living conditions.The foundations of many projects such as mosques, masjids, water wells, educationcentres, occupation and employment courses, health studies, orphanages etc. are being set during Eid visits.

Qurbani work was mainly carried out in crisis and war zones such as Syria, Palestine, Iraq, Lebanon, Jordon, Pattani, Myanmar, Moro, Pakistan, Afganisan,Chad and Somalia. Besides these countries, IHH teams have also sacrificed and distributed Qurbanis to Muslims in need in countries and regions around the world. 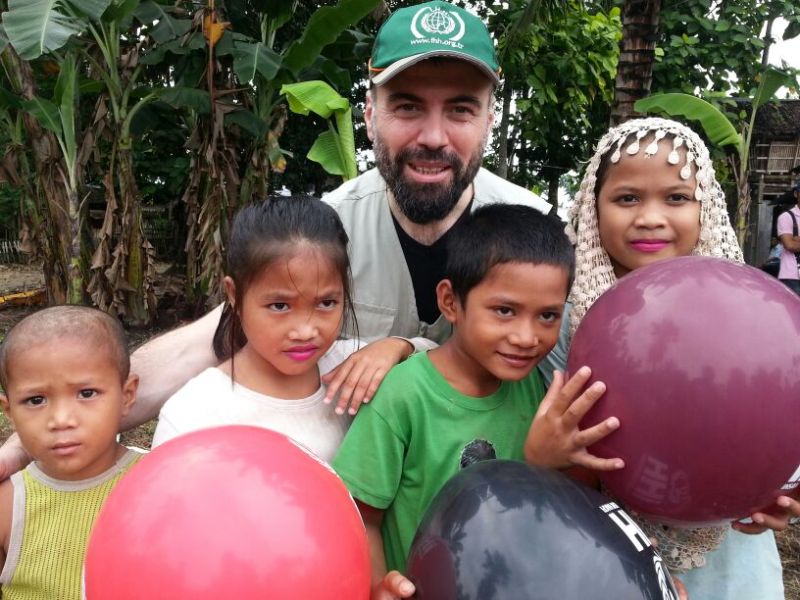 One of the Qurbani campaign priorities of the foundation were the Syrian refugees. The 3,205 Qurbans that were sacrificed at the refugee camps in Turkey, Lebanon, Jordon, Damascus, Aleppo, Hama, Idlib, Latakia, Deirezzor and other cities were distributed to approximately 115,380 Syrian refugees. 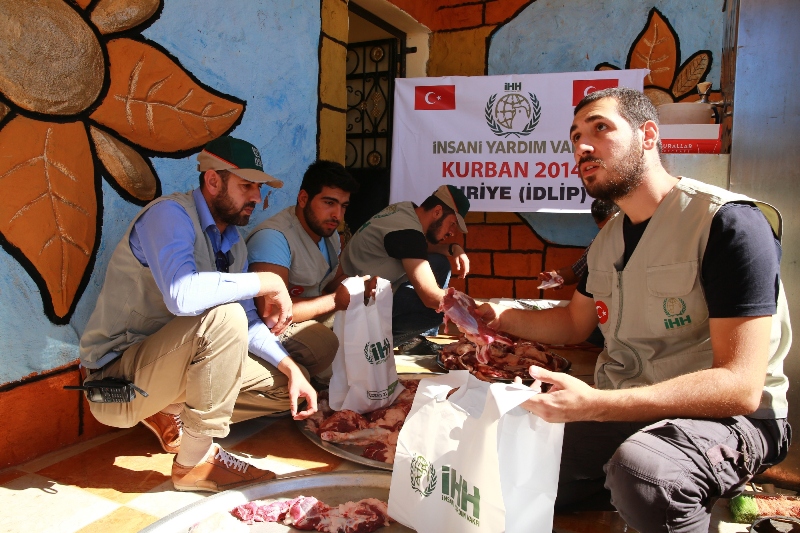 Special attention for Palestine and Gaza

IHH teams did not forget the needy Palestinians. The teams sacrificed 6,589 shares of Qurbani animals and distributed it to 237,204 people living under siege in Palestine and Gaza.

In the Far East Islamic Lands and some regions of Myanmar and Bangladesh, where there is a major human tragedy; Qurban sacrificing started on the third day of Eid and was distributed to the Arakanese Muslims. IHH teams had previously conducted relief activities in some of these areas due to flooding. IHH teams have distributed a total of 2,485 shares of Qurban meat to the poor families in Arakan.

Pakistan and Afghanistan were not forgotten

In Pakistan, the sacrificing of Qurbani animals has done mainly in areas where refugees are. The Qurbani animals were sacrificed and their meats distributed on the third day of Eid. IHH teams had previously helped victims that had suffered from flooding in this region. Teams have also sacrificed and distributed Qurbanis to the needy in Afghanistan.

Embracing the Muslims in Sri Lanka

South Asia's poorest country Sri Lanka has a population of 2 million and 8 per cent of the country is Muslim. IHH has sacrificed and distributed a certain number of Qurbans to the needy people in Sri Lanka. 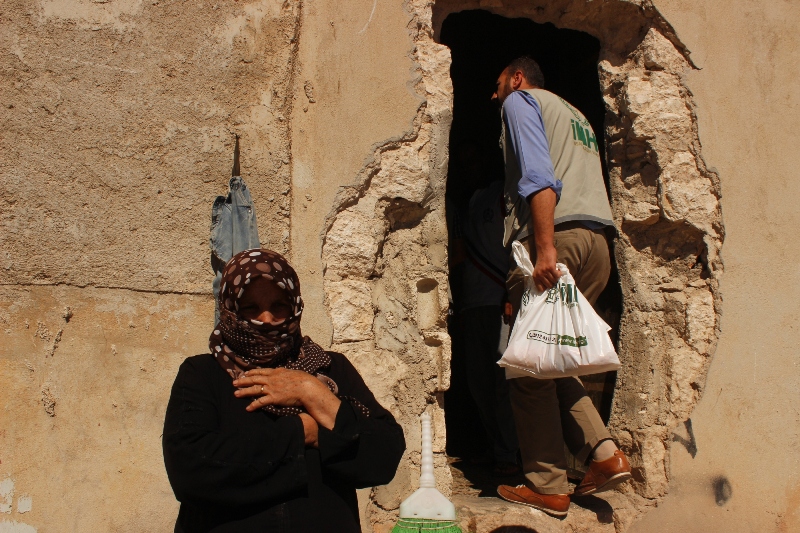 The joy of Eid in the Balkans

IHH teams continued their aid in the Balkans. Qurban aid was conducted in Macedonia, Albania, Sandzak and Kosovo. In different countries and regions in the Balkans, a total share of 1,627 shares of Qurbanis were sacrificed and distributed to the people in need.

The joy of "Qurban" Patani the region of sorrow

IHH Humanitarian Relief Foundation distributed the meat of 110 cattle that was sacrificed to the needy in Patani.

IHH went to Patani region in Thailand where poor Malay Muslims live for the 2014 Qurbani Organization with foundation staff and a team of volunteers.

IHH teams delivered the meats of 110 sacrificed cattle to the poor families that live in the rural areas of Pattani. Living the joy of being remembered, the Malays thanked the IHH team and took the Qurbani meat home.

We did not forget Nepal the country of impossibilities

With the aid of 940 charitable donations, IHH Humanitarian Relief Foundation purchased and delivered 120 cattle to our Muslim brothers and sisters who celebrated Eid al-Adha in Nepal two days after Turkey. There is approximately one million two hundred thousand Muslims in Nepal and 95 per cent of them live in Biratnagar. In Biratnagar the Qurbans that were sacrificed were handled and delivered with great care to those in need.

The Qurbani joy of the CAR refugees

With the Qurbani donations that was made to IHH Humanitarian Relief Foundation by charitable donors, close to ten thousand people in Cameroon lived the joy of Eid.

IHH that went to Cameroon for the Qurban, campaign distributed the Qurbans to the needy that were slaughtered at the abattoir in Douala the capital of the country located on the Atlantic Coast.

IHH delivered the Qurbanis that were donated, in the capital of Cameroon in Yaounde and Doula particularly to the refugees and orphans who escaped from Central African Republic and to the people in need in the city centre and villages.