IHH sends humanitarian aid trucks for Syria
Within the scope of the “For the Right of Vicinity” and I Need Your Help” campaigns, IHH Humanitarian Relief Foundation set, 75 from Istanbul, totally 229 trucks loaded of humanitarian aid materials off the road from Istanbul on Sunday, 23rd February, for the serve of Syrian needy people.
Syria 23.02.2014 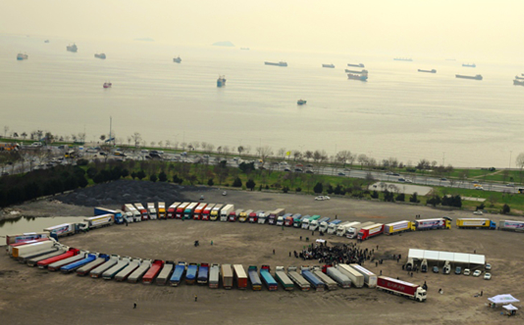 The dimension of the humanitarian crisis which was arose in 2011 and caused a huge devastation in Syria reflects a humanitarian tragedy beyond numbers.

IHH Humanitarian Relief Foundation has been carrying out humanitarian aid activities since the crisis was began in the region where millions of people were displaced and even their basic needs cannot be met. We have been using our every means for Syrians who are our neighbors and brothers by your support for 3 years. 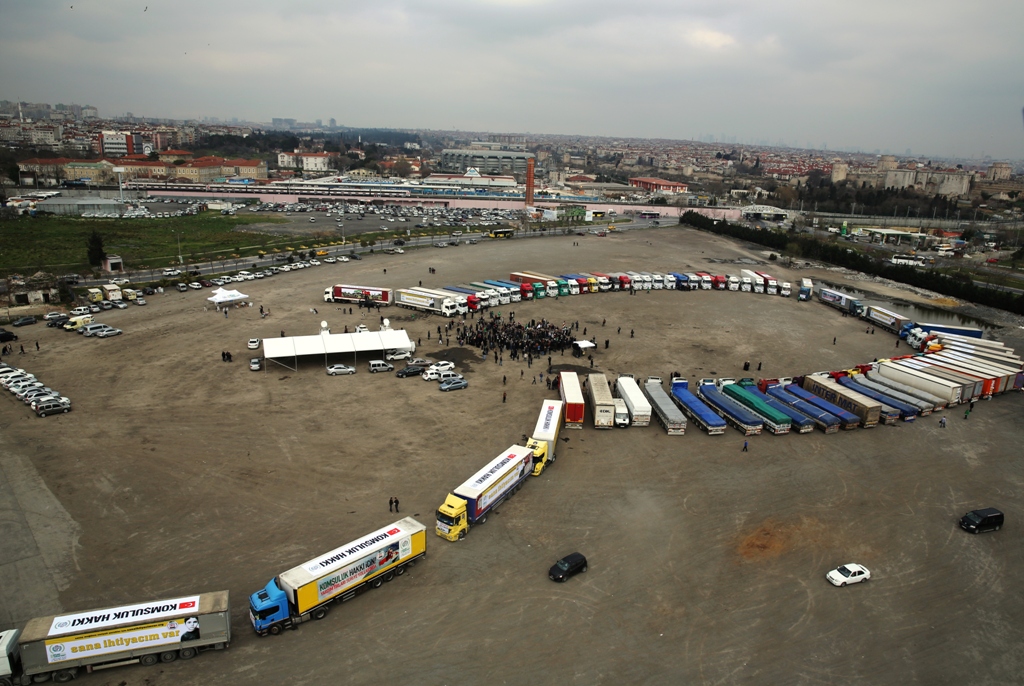 Even though many people hold onto life with these supports in this stage, devastations and massacres have been continuing increasingly. People die because of hunger in addition to attacks, and the winter folds in two the effect of these problems. So the necessity and emergency of humanitarian aid increases each passing day.

Under these circumstances, IHH Humanitarian Relief Foundation which conducted many relief campaigns for the needy people living in the region recently launched the biggest humanitarian aid truck campaign ever. IHH that sent 2,100 trucks loaded of humanitarian aids to Syria so far, transferred 229 more trucks of humanitarian aid on Sunday, 23rd February from 59 cities of Turkey by the participations of thousands of people who are conscious for Syria. 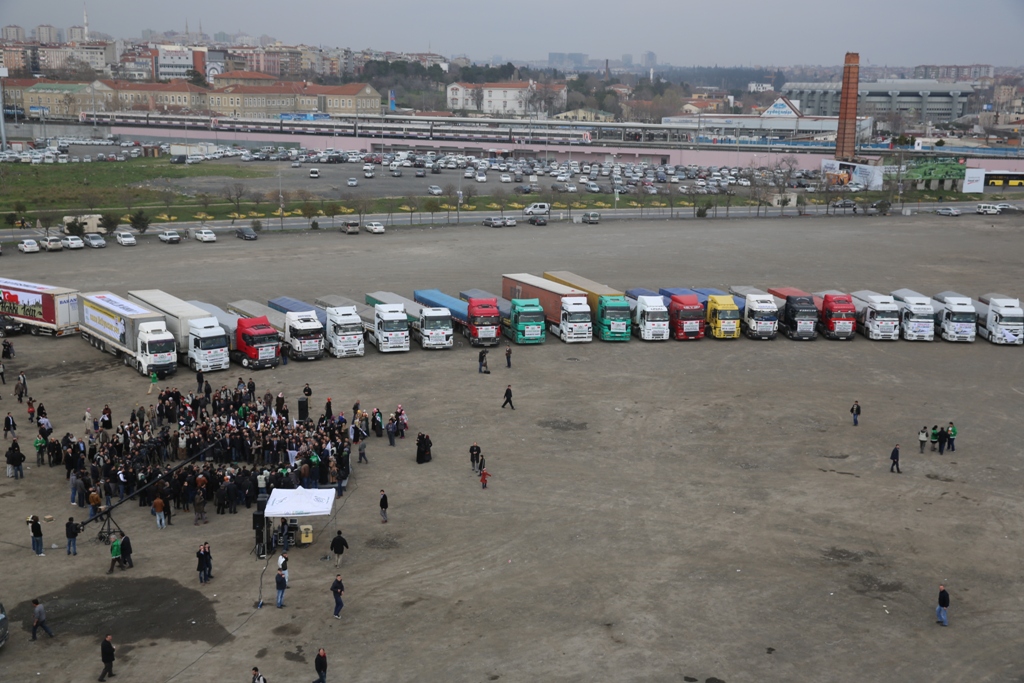 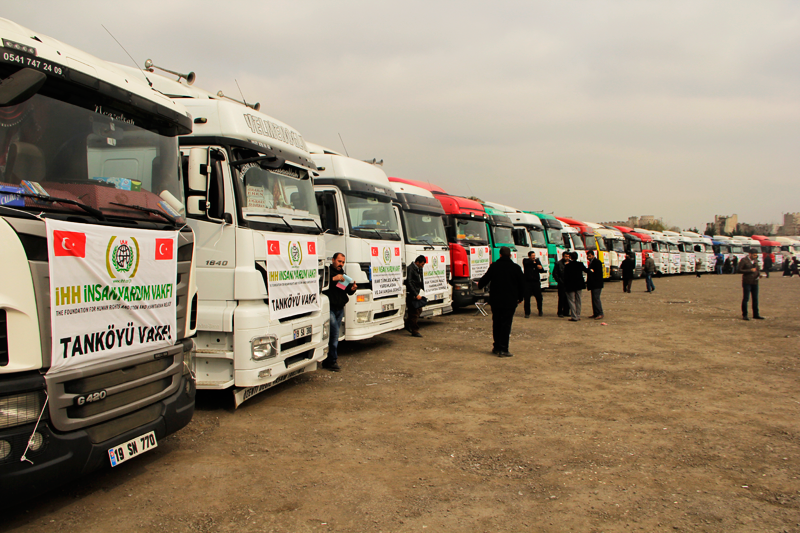 Some of the trucks will go through Cilvegözü and Ceylanpınar entry points. Humanitarian aids will be delivered especially to millions of stuck people living along the Syrian border, then to the people living in inner places as Aleppo, Damascus and Yarmouk camps.