IHH Sets Up Kindergarten for Syrian Kids
The kindergarten, which is built for Syrian kids by IHH Humanitarian Relief Foundation, started to take in students.
10.11.2016 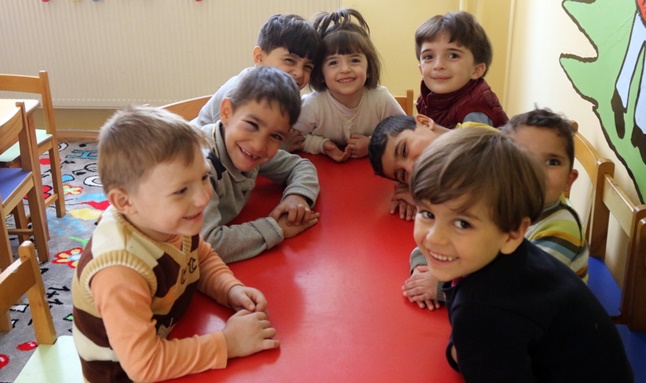 After Syria Work Coordination Centre moved to down the Customs road in Öncüpınar the old office located in the city centre was converted to a kindergarten for Syrian children.

IHH Children Club has drawn up the project of the kindergarten which is going to take in mostly orphaned Syrian refugee children. The kindergarten’s capacity is 200 students. 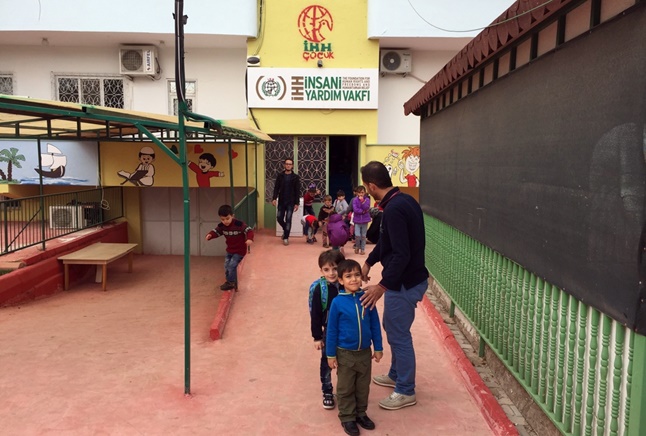 The building which was converted to a kindergarten has a big garden. The children will have classes in prefab huts in the garden and play in the playground created for them so that they will be able to learn new things while enjoying their time.

It is planned to build a mini-zoo in the school yard in order to let children learn loving animals. A sleeping room was prepared the kids in order to let them rest as well as play in the kindergarten. The children are picked up from their houses every day and brought back in the evening.

The kindergarten project aims to contribute to the healthy development of the refugee children traumatized by the war.