IHH to help flood-hit Sri Lanka
IHH will deliver aid in kind and financial aid to the people hit by flood in Sri Lanka.
SouthAsia, SriLanka 25.12.2014 The heavy floods in Sri Lanka since early December forced open the dam gates which resulted in flooding of many cities. Hence people lost their homes. IHH is running an aid campaign to help out those affected by the floods.

IHH South Asia Office has prepared a report regarding the situation in the area and approved for the aid worth 20.000 euro to be distributed to the victims of the floods.

First the soup kitchens will be set up to serve hot meals to 24.000 families who had to take shelter in the camps. Also self-hygiene materials, baby milk, diapers, mosquito net and drinking water will be distributed. 60 aqiqah and udhiyah animals to be slaughtered were allocated to send for Sri Lanka as well.

The most affected area during the floods is Batticaloain the east of the country. It is reported that around 30.000 people had to flee their homes in this area. The heavy downpour is expected to continue until the end of December. 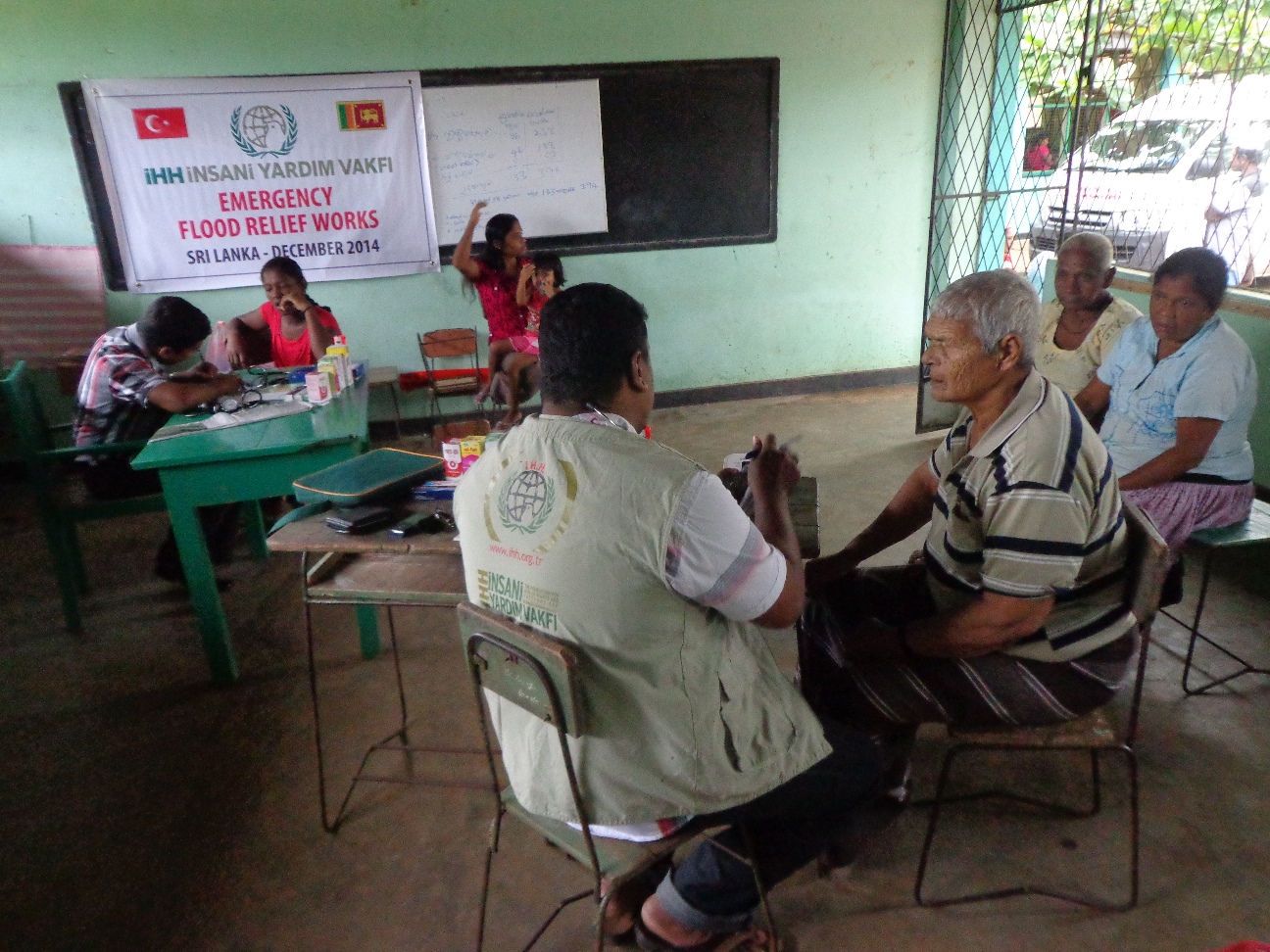