Ramadan aid for drought-stricken Somalia
Somalia has not had adequate rainfall since 2020; the country is suffering a drought disaster. IHH Humanitarian Relief Foundation is delivering Ramadan aid to this country where 4.3 million people have been affected by the drought.
Somalia 04.04.2022

The drought in Somalia is having a serious impact on the local people. Millions of Somalians are facing difficulty accessing drinking water and food. In the country where the water wells have dried up, there is a huge need for healthcare services, food and water.

The drought is causing land infertility, making the country’s agriculture to be at stake. 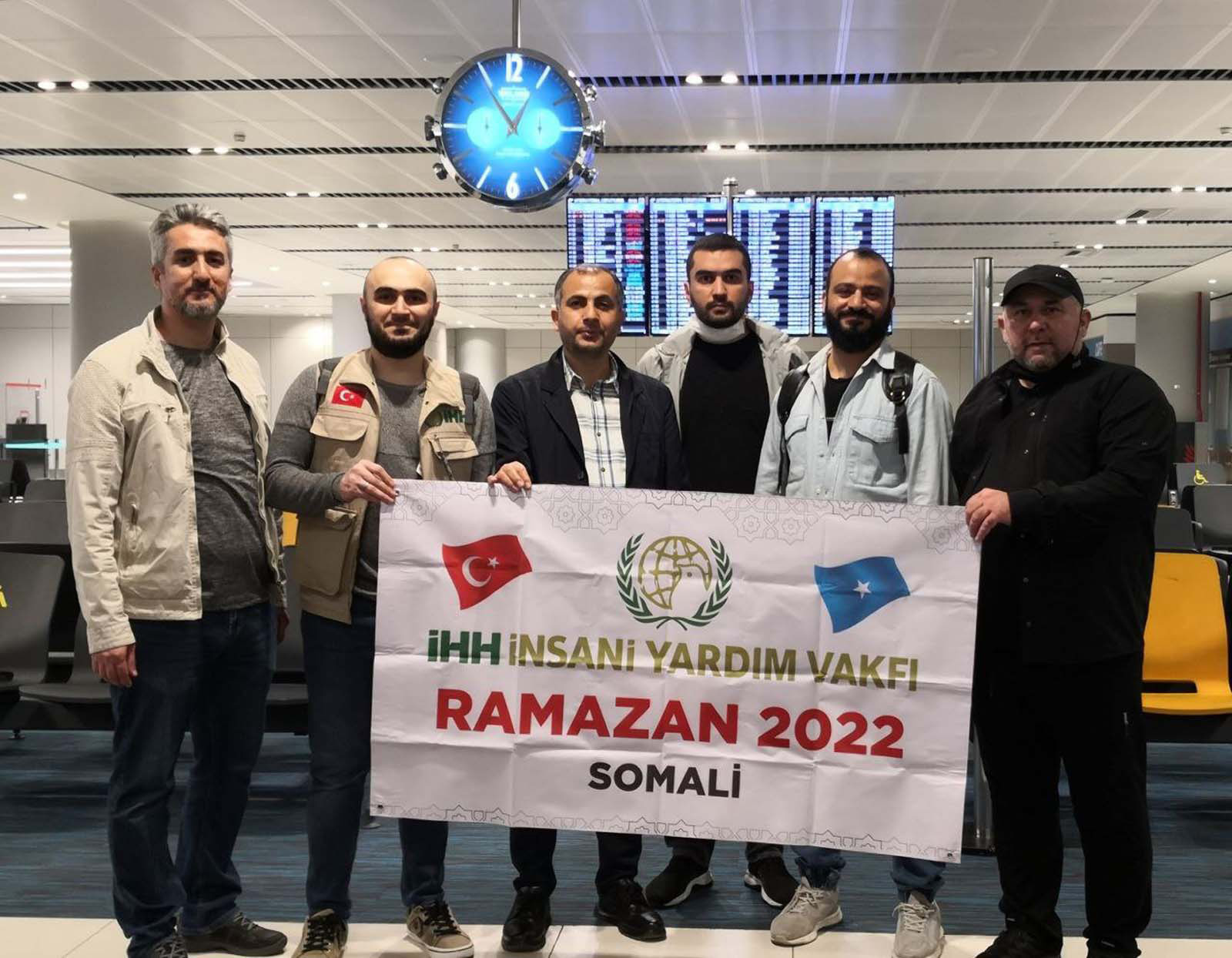 4.3 million people have been affected by the drought

It is estimated that to date, 4.3 million people have been affected by the drought. 5.000 people were forced to migrate to other regions because of the drought. Sources in the region say that searching for pasture areas and water, and the use of sources increases the risk of conflicts, particularly in central and southern Somalia. Somalia declared a state of emergency on 23 November 2021, and the government requested aid from states and non-governmental organizations.

IHH creates a project specifically to help the country face the drought. On top of distributing meat on a monthly basis to 500 families, IHH also distributed food packets to 427 families as part of its Ramadan aid project.

Food and hygiene packet for 12.000 people

Before Ramadan, IHH delivered food packets to 200 families and hygiene packets to 200 families. As part of IHH’s aid activities for the region, after sending 85 tankers of water in November 2021 to benefit almost 408.000 people in Baidoa city and its surrounding areas, we also distributed basic food supplies to 415 families. A total of 12.000 people benefitted from the food and hygiene packet aid distributed before and during Ramadan.

Since 1990, more than 30 disasters including floods and drought have occurred in Somalia. Almost 260.000 people lost their lives due to the drought and food crisis in 2011.

Donors that want to support the Somalian people can donate 10 TL by sending an SMS via all operators to 3072 texting SOMALIA. Donors that wish to donate larger amounts can contribute online via IHH’s website or IHH’s bank account numbers stating the code SOMALIA.