IHH Humanitarian Relief Foundation teams visited Lebanon in March for the projects that IHH plans to carry out in the region where approximately 2 million Syrian refugees live. IHH teams determined the needs of the refugees living in the campsites and distributed food packages to the refugees at the first stage.

Moreover IHH teams conducted a consultation meeting with some other 7 NGOs operating in the region and got information about the situation of the refugees. According to this information, NGOs have most difficulties in healthcare problems. The state of Lebanon doesn't give any medical support for the refugees and doesn't make things easier for them in healthcare. So, Syrian refugees find no way out and NGOs try to treat their diseases with their own efforts.

The population of Syrian refugees in Lebanon is around 1 million according to the UN statistics, but the real number is thought to be much more than this. According to the information got from the NGOs in the region the real number is two times more than the official number, that is 2 millions. Oriental sore has been spreading seriously in Syria because of the germs spreading fast after the bombardments in the civil war.

Within this scope, IHH Humanitarian Relief Foundation has started a project in Lebanon for the treatment of oriental sore which has been spreading among Syrian refugees in Tripoli, Lebanon this month. At the first step, it comprises 450-500 patients. 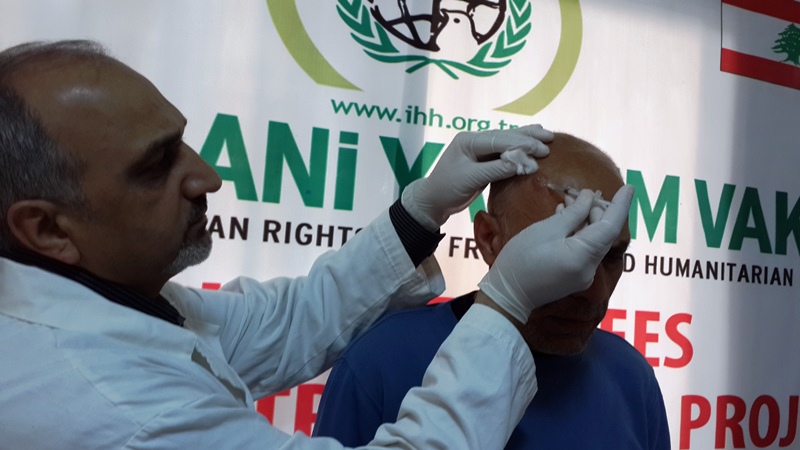 What is Oriental Sore?

It is also called as Antep Sore, Aleppo Sore and Year Sore. Oriental Sore may spread by a simulium which is an intermediate hote. While it can be treated easily, if it doesn't treated, it may result in death. The patient can recover approximately in two months time with two times of treatment. The most heartbreaking point is that most of the patients are children at and under the age of 16. Tripoli where the project is carried out is on the north side of Lebanon. There lives approximately 600 thousand Syrian refuges.

Oriental Sore (Leishmaniasis) is an illness caused by the protozoan parasite of ''Leishmania''. According to the WHO data -Oriental Sore case that makes skin involvement is about 1 million and 310 million people are under risk around the world. Syria was among the 6 countries that is under high risk before the war. The dimension of this risk cannot be estimated at present.