Women marched for East Turkistan
On 8 March International Women’s Day, women staged marches in 61 cities to be the voice of the East Turkistan women. A joint press statement was given after the protests in Fatih, Istanbul.
China, EastTurkistan 08.03.2022 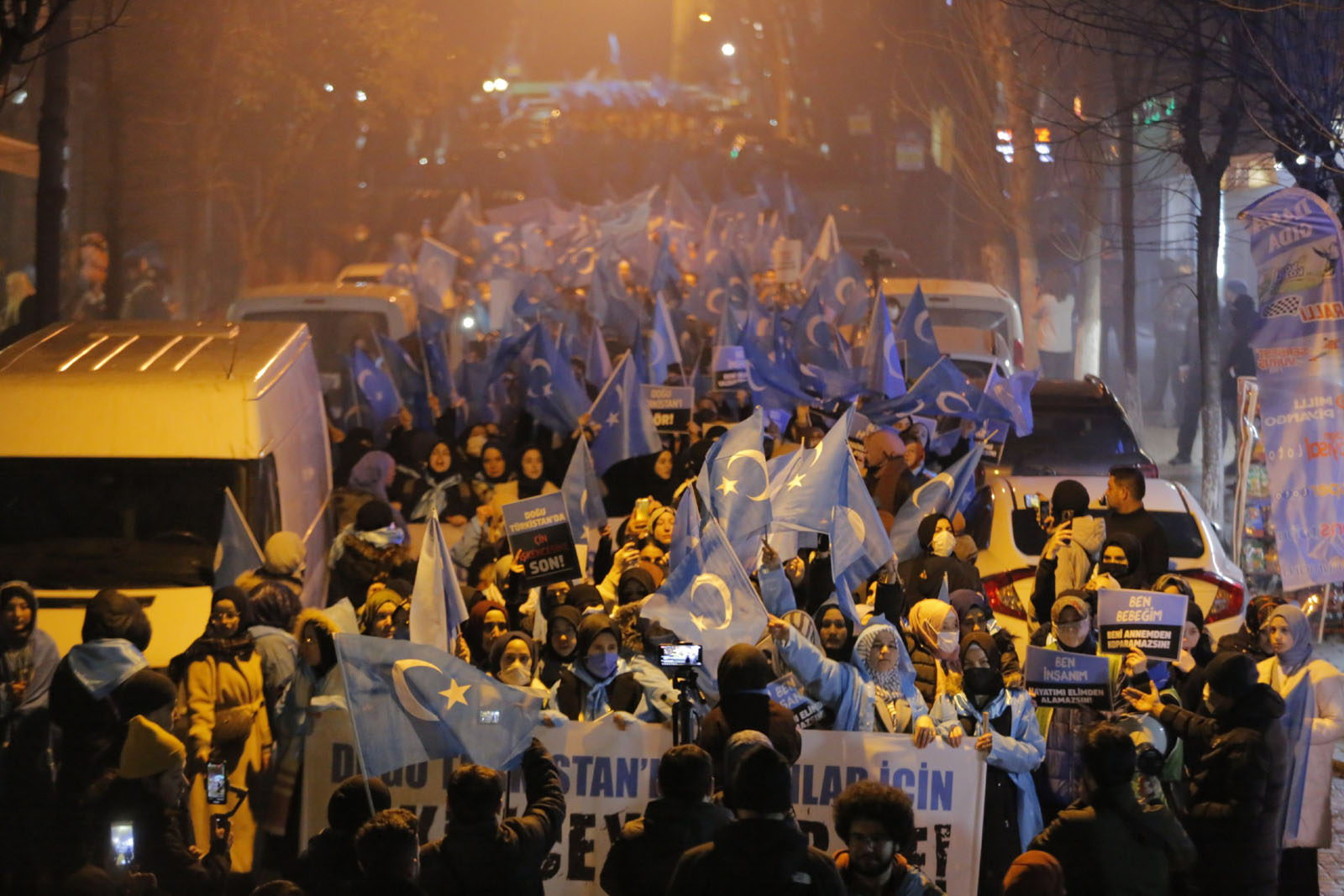 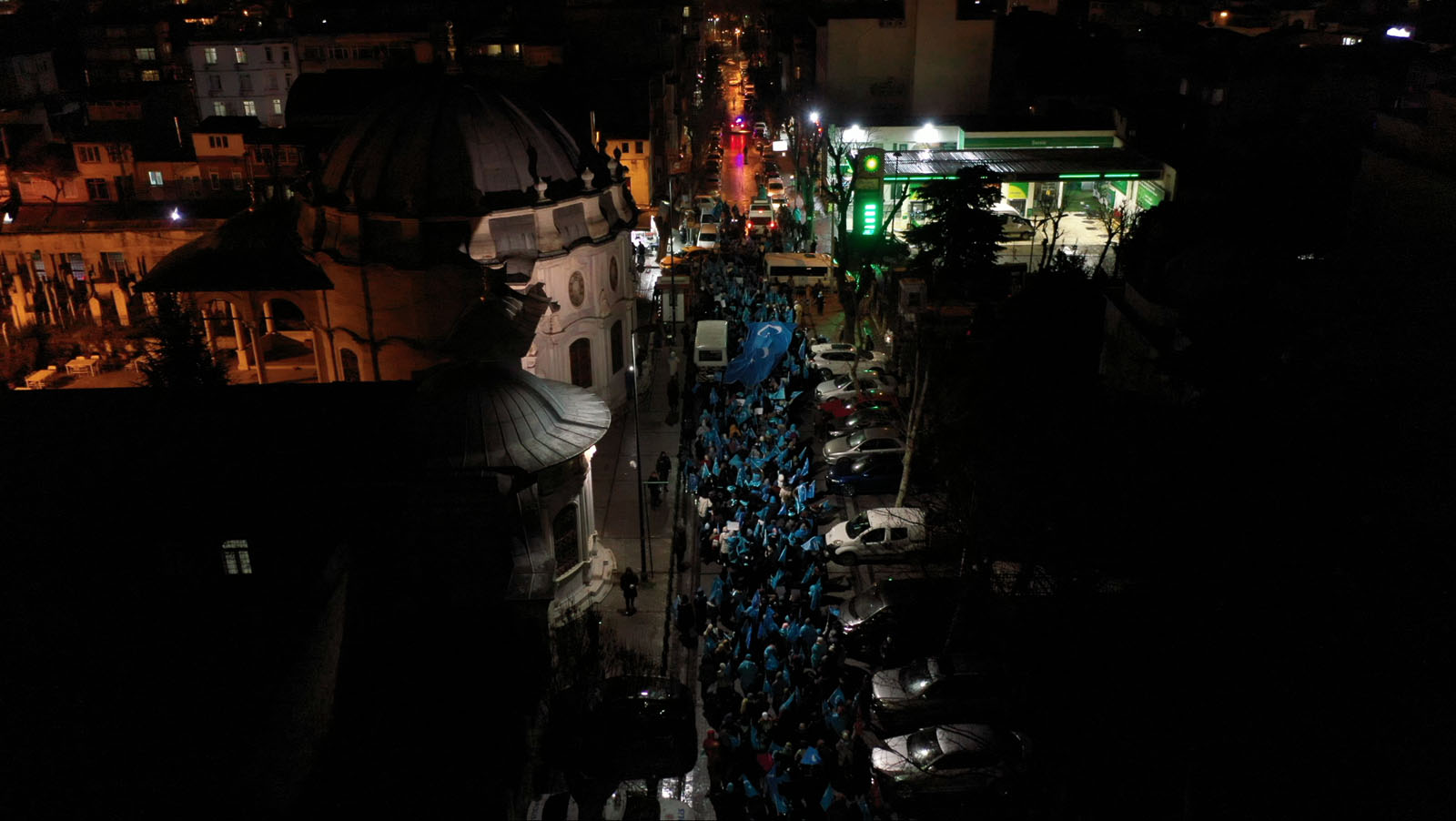 The statement read “We condemn this occupation that extorts womanhood, motherhood and most of all humanity in the concentration camps set up illegally in the East Turkistan region. In East Turkistan today, women have always been the ones with the most loss…We are here to bring attention to the fact that according to international agreements, the rights of women caught up in the conflict in Syria, Yemen, Libya, Palestine and Egypt, are being violated, and emphasize the necessity of enforcing these laws so these violations can come to an end.” 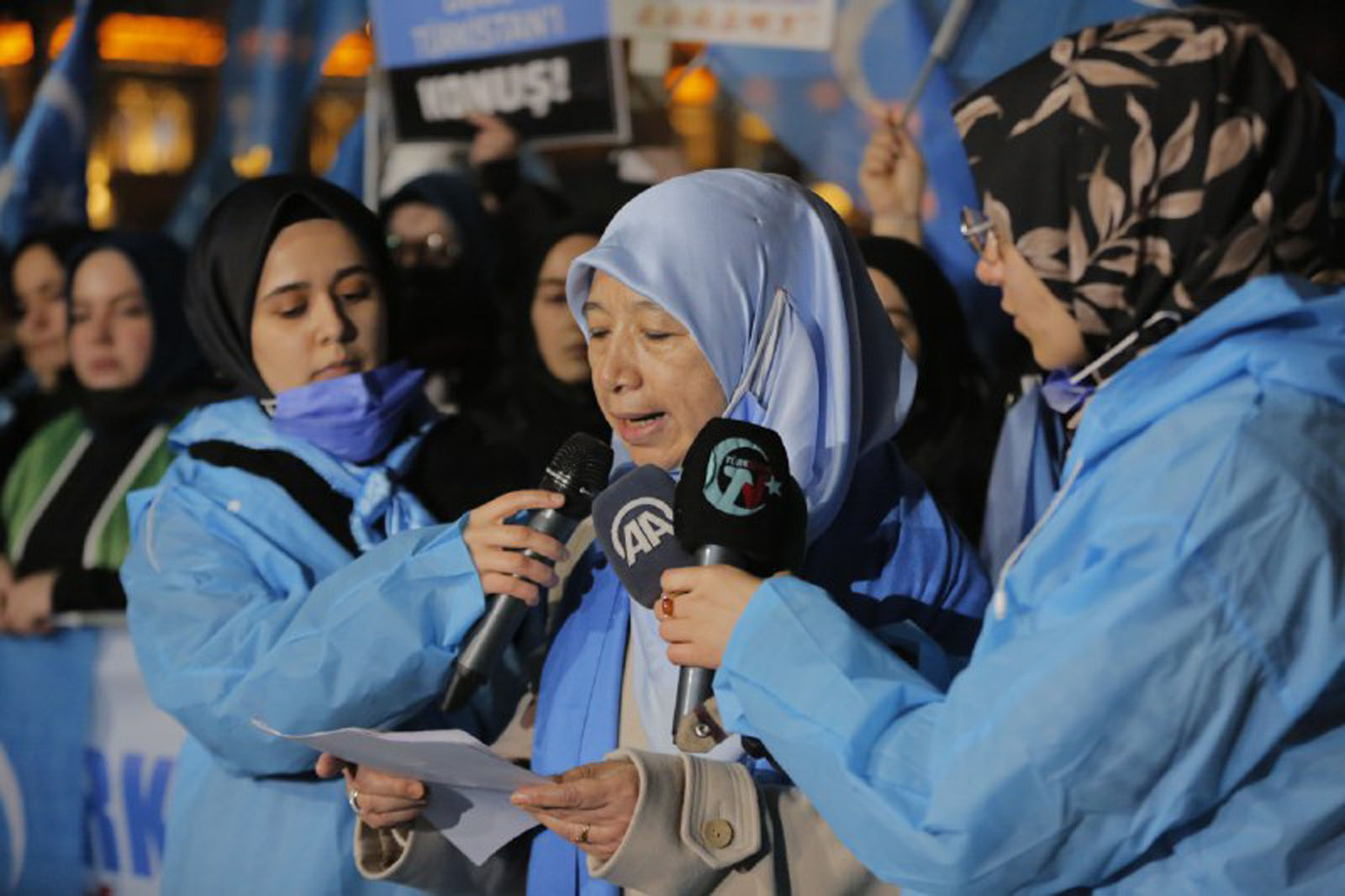 “There is persecution in these camps”

The statement also said “As there are 15.000 women imprisoned in the Hoten region of East Turkistan alone, this shows once again that we must be the voice of many women. There are many violations and persecution including unjustified and random detention, imprisonment, persecution, gang rapes, forced abortion and castration; changing names that has religious meaning, forcibly placing Chinese men in Uygur homes under the Being a Family Project, breaking up families, taking children away from their mothers and totally forbidding all activities related to culture and faith.”

“It is the UN’s responsibility to stop China”

Finally, the statement read “According to international law, China’s violations come under the category of genocide and crimes against humanity. China is a member of the United Nations Security Council and accedes to the many human rights agreements within the United Nations body. The UN and its member states are responsible for stopping the crimes committed by China.” 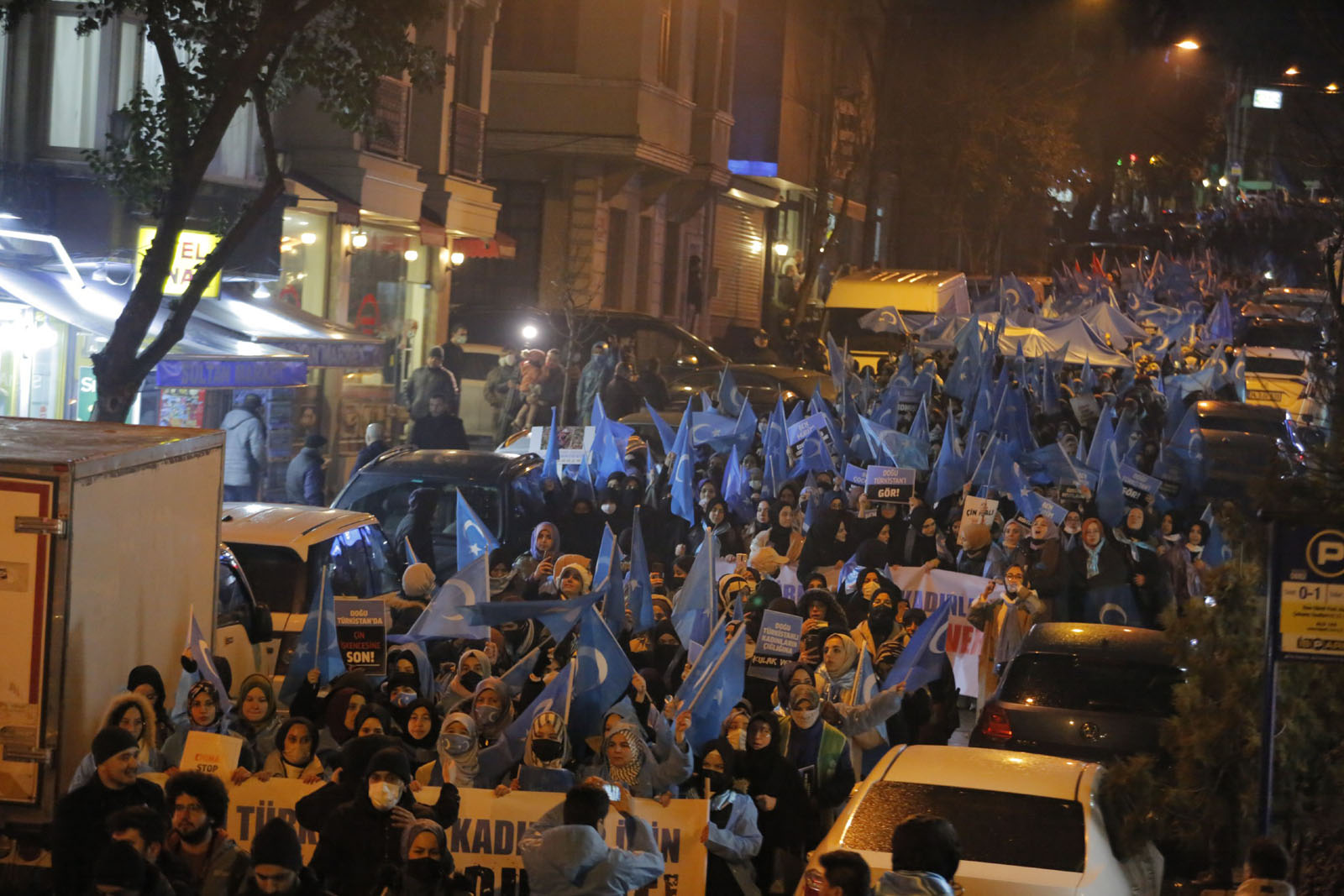 “The Chinese government is committing genocide”

Ayşe Nur Aslan, President of the Istanbul Women’s Branch of the Yeniden Refah (New Welfare) Party, explained that the persecution in East Turkistan has been continuing for 70 years. Aslan continued “30 million people are suffering from persecution by China in East Turkistan because they are Muslim. China is carrying out systematic assimilation and genocide, with no discrimination of women, children or the elderly.”

Münevver Aktaş, President of the Hüda Par Istanbul Women’s Branch, said international organizations should not apply double standards against the persecution, they must take action and enforce sanctions.

Mürvet Cengiz, President of the TESSEP Platform, said “China is committing many crimes against the Muslim Uygur people in East Turkistan including oppression, isolation, torture, persecution, murder, depriving them of a family and private life and assimilation by taking away their religious and cultural rights.”