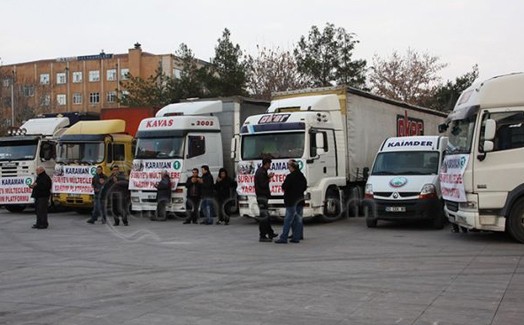 Difficult circumstances in caused by 20-month-long conflicts have deteriorated with the arrival of winter. There is support coming from many provinces across for the “Winter is coming…Bread and Blankets for ” aid campaign.

Five truckloads of aid collected in Karaman were sent to the oppressed people of at a ceremony held in the province.

The ceremony was attended by Karaman governor mayor representatives from many civil society organizations and many people. The aid items which were sent to the Syrian refugees on the Reyhanlı border in Hatay include food winter clothes blankets and stoves.