Israel continues to assault on Masjid Al-Aqsa, blockade and impose the embargo on Gaza, murder the Palestinian youth in the streets and arrest the Muslim leaders unlawfully. On the 8th anniversary of Israeli attack on the Freedom Filos including the Mavi Marmara ship, the supporters of Palestine shout out again in Taksim that they did not forget the Palestinian case. 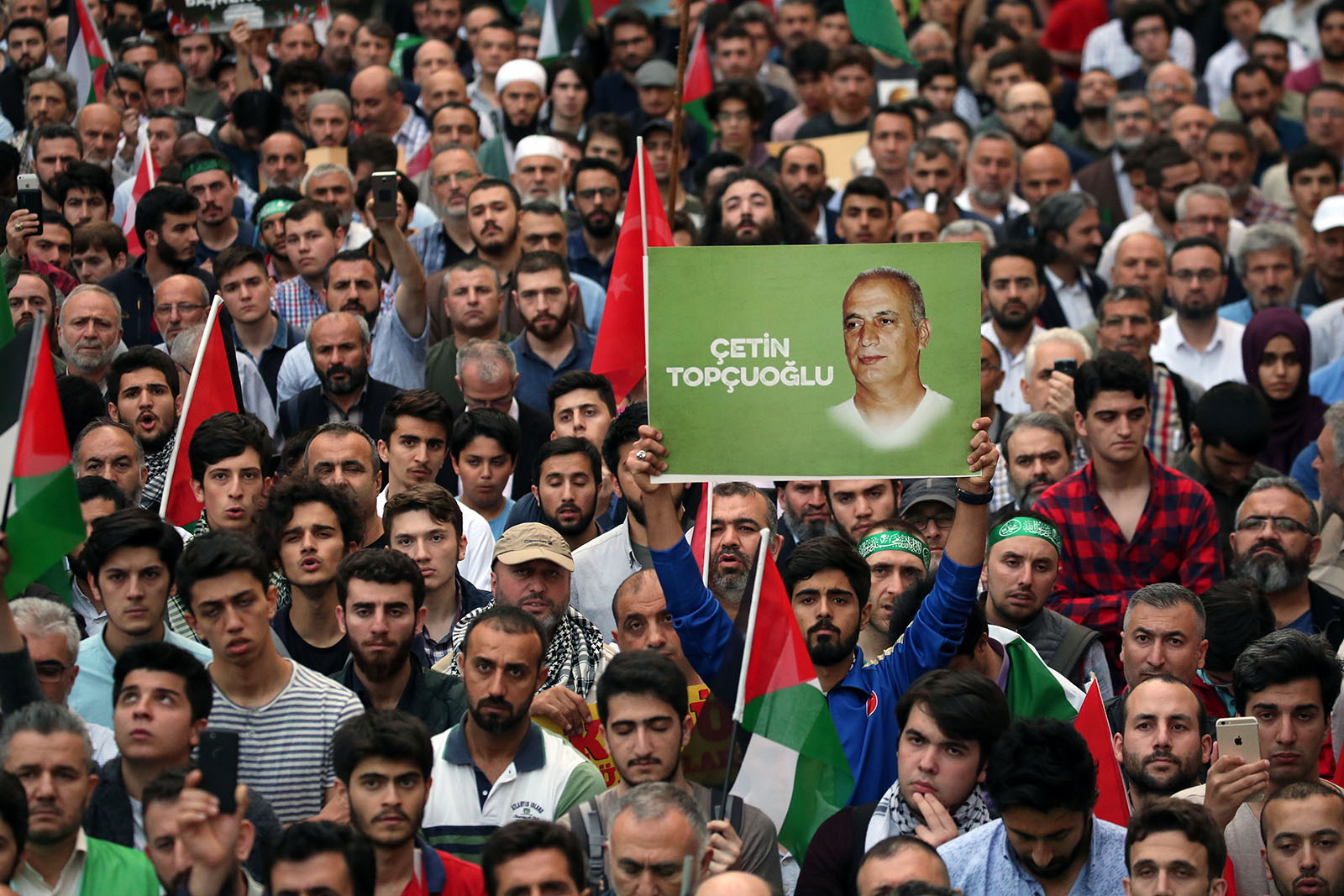 The march in which tens of thousand of people joined was started from Taksim Tunnel. Palestine volunteers frequently saying “Allahu Akbar” during the march, chanted the slogans, “Damn Israel”, “We salute Palestine and continue to resist”, “Mavi Marmara is our honor!” “Murderer Israel, get out of Palestine”, “Al-Aqsa mosque is not alone”

The martyrs of Mavi Marmara were not forgotten in the march and while citing the names of the martyrs, it was emphasized that Mavi Marmara proceeds on its way.

“Embargo was not lifted”

“The Gazaian sailed in the sea both to commemorate Mavi Marmara and demonstrate that the embargo was not lifted. We have to be brothers and sisters. They are widely occupying Al-Quds. Therefore, we can not ignore the struggle of the Muslims in Gaza.”

“Yesterday, two academicians in the TV claimed that the embargo was lifted. Really, why are you lying? We know that the embargo was not lifted. The struggle still continues. We shout once again that Turkish soldiers should go to Al-Quds. Look, Al-Quds was discussed in National Security Council and the importance of Al-Quds was emphasized. If Turkey rides high today, it is because our scholar Erbakan has paved the way for it.  It is because our President’s “One Minute” has paved the way for it. It is because there are the blood of Mavi Marmara Martyrs in it. The Palestinian case is not just the case of us or the government. The Palestinian case is the case of all humanity. Therefore I am calling from here : Mavi Marmara and Al-Quds can not be sacrificed to the political struggles. All segments of the society must own the values of the Palestinian case."

Al-Quds means being against Zionism. See, we have not missed the opportunity yet, we can prevent those who murder the children in Gaza from walking freely in the streets.  Mavi Marmara case has not ended up yet. We are calling the Turkish jurisdiction for duty. According to the Turkish Judicial System, this case has not closed yet. I am calling to the judges. Tell the world that : “Netanyahu is a murderer, Israel is a murderer!” and put this case on your agenda again.

Our case is not the case of slogans in vain. There are young people here. The young people grown up here will also know how to flow to Al-Quds tomorrow. And on that day, we will hit Israel like a ton of bricks. Also, I am calling Turkish army to duty. We have 16 martyrs in Mavi Marmara. At that night, Israel martyred our 6 soldiers in Alexandretta by using PKK. The investigations that were carried out later revealed that those PKK members had connections with Tel Aviv. For this reason, the Turkish army should take revenge from Israeli soldiers. How will they take this revenge? They should put an end to all the cooperations with Israel. For the independence of Turkey, the most important step was taken in 2010 with Mavi Marmara. Independence in arms industry has began after that period.

I say to the Israeli people one more thing : You betrayed Ottoman Empire. Ottoman Empire protected you from Spain. Israeli people have also betrayed the Republic of Turkey. Turkey protected you in the 2nd World War. We will not forget the massacre of Mavi Marmara. We will continue our struggle in order to free all humanity from the Zionist calamity.”

Following Bülent Yıldırım, Özkan Yaman took the floor on behalf of Mustazaflar Cemiyeti. Following the speeches, the participants had an iftar with the distributed meals after hearing the azan. 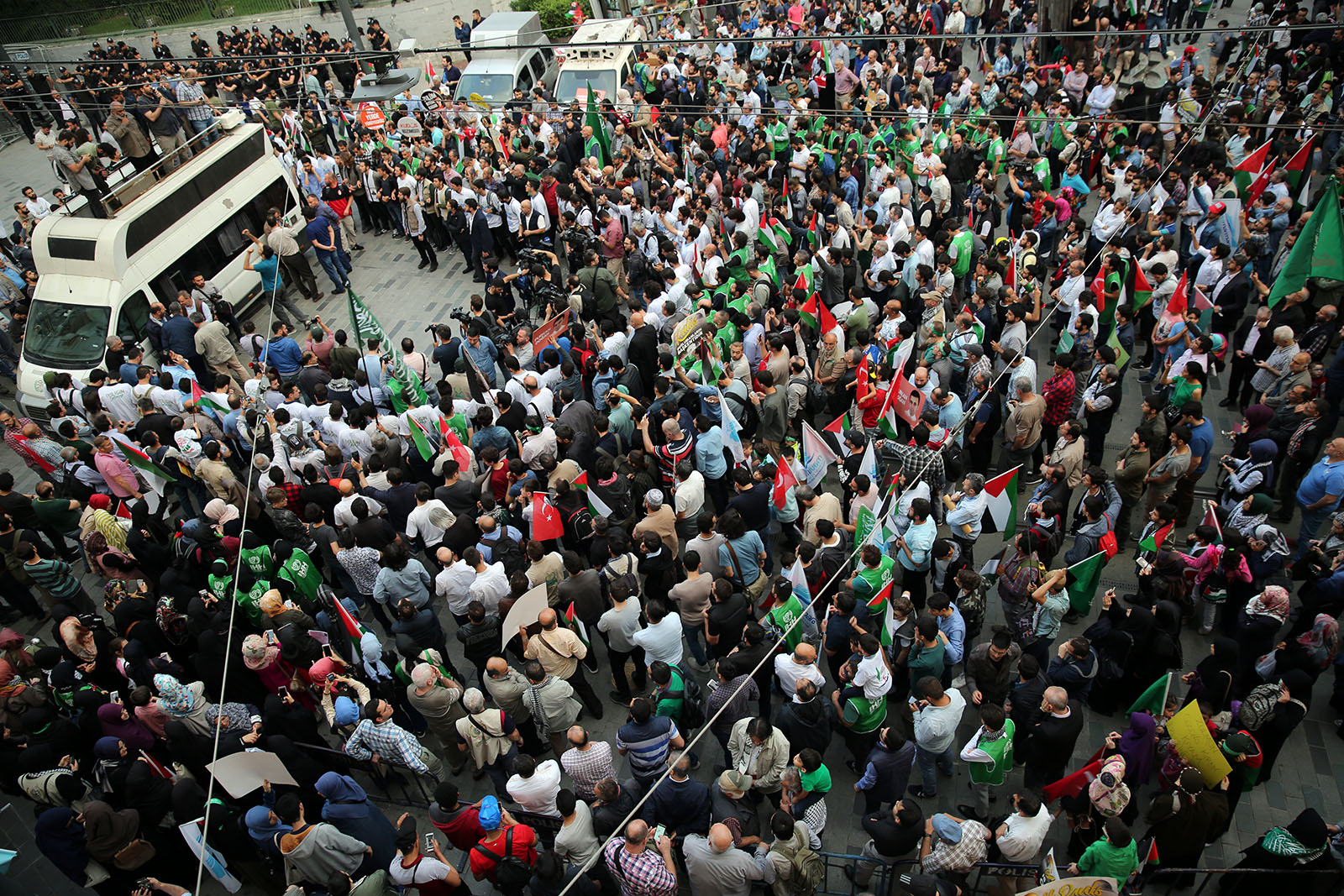 Related news
See all
Women marched for East Turkistan
On 8 March International Women’s Day, women staged marches in 61 cities to be the voice of the East Turkistan women. A joint press statement was given after the protests in Fatih, Istanbul.
08.03.2022
NGOs protest against Greece
NGOs issued a press release in front of the Greek Consulate with the slogan “Humanity has Perished” to protest against Greece’s actions towards refugees.
Refugee
05.02.2022
They lost their lives on the path of kindness
Kaan Tığlı, Muratcan Kaya, Yusuf Taha Göktaş and Tarık Kesekçi lost their lives to a car accident on their way to the IHH Youth Technology Camp Program in Bursa.
Bursa
27.11.2021