The Land Convoy to “Open Road to Aleppo”
A land convoy led by IHH will start its journey in Wednesday, 14 th of December from Istanbul with the participation from every part of Turkey to Cilvegozu border gate, Hatay.
Syria 06.12.2016 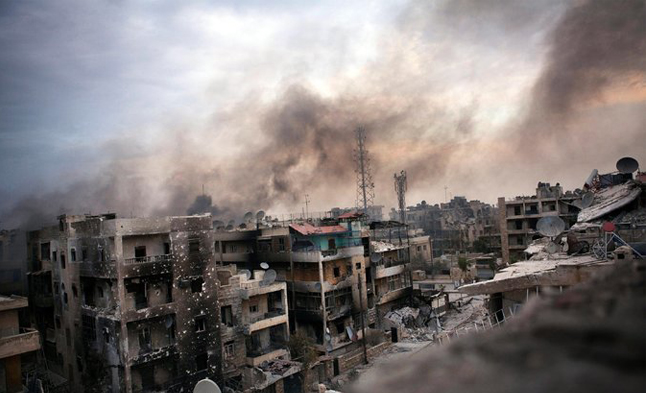 A land convoy led by IHH will start its journey in Wednesday, 14 th of December from Istanbul with the participation from every part of Turkey to Cilvegozu border gate, Hatay.

The eyes of the whole World on Aleppo while it has been continuously under heavy bombardment by Syrian regime and Russian forces. Health services and food supplies of the city are completely collapsed and international public stand idle by the situation.

IHH who has been working for Syrian people since the beginning of the war, is preparing a land convoy to attack the attention to Aleppo crisis. The convoy will start its journey from Kazlıçeşme square on December 14th Wednesday after a press statement held at 11.00 a.m. with participation of activist from all citied of Turkey and from abroad as well. On the route of the convoy there will be protests for condemning the assaults against Aleppo. There will be also humanitarian aid trucks in the convoy containing basic food aids. The final destination of the convoy will be Cilvegozu border gate in which a press statement will be released.

For Those Who Want to Participate

The land convoy will start the journey from İstanbul and the participants will join with their own vehicles.

For those who participate from different cities of Turkey Sakarya, Ankara, Konya, Kayseri and Kahramanmaraş cities will be gathering points. Detailed information for the gathering times and destinations will be get from the authorized people to whom applied for participation.