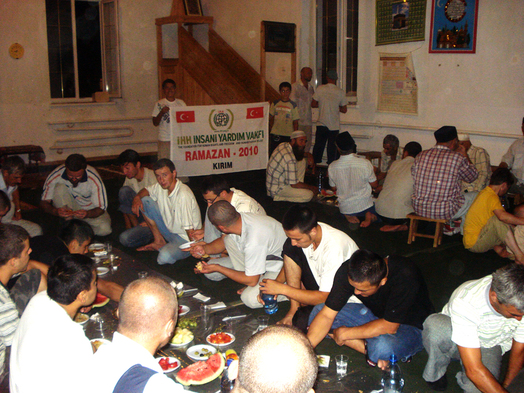 As the month of Ramadan began aid teams of the IHH Humanitarian Relief Foundation set out for different parts of the world to organize aid activities.

The recent ethnic fighting in Kyrgyzstan had left hundreds dead and thousands displaced. The IHH had sent aid workers to the country in the aftermath of the fighting to coordinate emergency aid shipments. IHH aid workers are once again in Kyrgyzstan for Ramadan campaign. They are concentrating aid deliveries in the cities of Jalalabad and Osh, the scene of the violent ethnic clashes.

The aid teams visited Jalalabad and Osh to distribute food packs to the Kyrgyz and Uzbek families whose houses and possessions were destroyed in the fighting. A total of 1,000 families received aid.